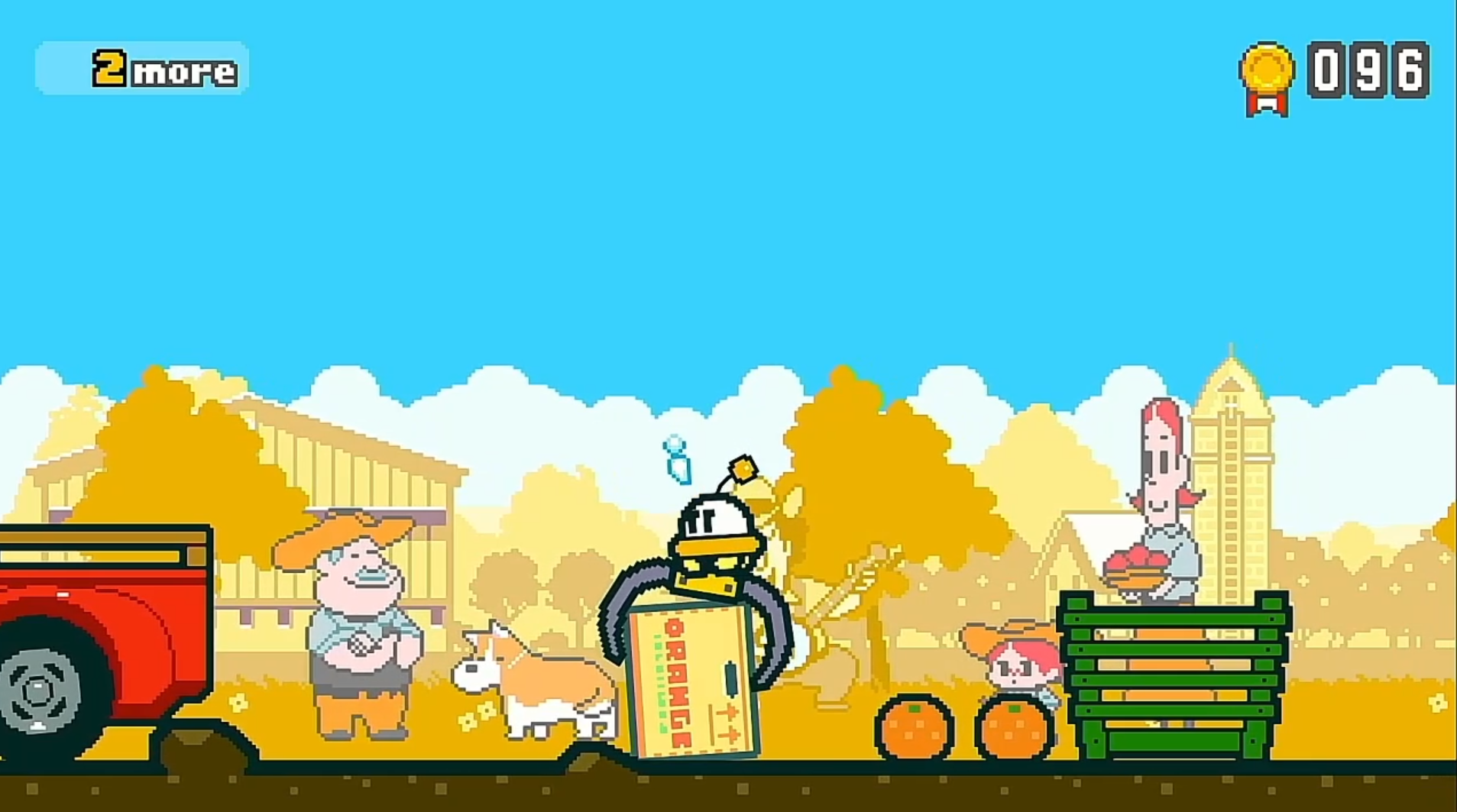 I’ve been meditating on a few game on my Switch that I simply didn’t have a lot to say about but that I enjoyed playing. I recorded some gameplay and present it to you here with some short thoughts on some good, even popular, but fully engrossing with no absolution for full-length articles. So, as you my guess, you’re in for a treat. (P.S. The numerical order of the games has no significance other than organization.)

I love this game. I don’t know how they managed to make a game about a UFO with a claw so darn cute. It’s great though. The tasks will test your stuff animal machine skills down to the wire. There are actually some pretty good challenges in this game. I posted a solution to the cheerleader level when I first played this game and apparently a lot of people were looking up guides to this game. You can solve any puzzle in here if you use your mind. Just pay attention to the spaces where the object geometries end and begin.

This one’s hardly a flash in the pan phenomena. It’s immensely popular. I had to let this one wait until now because I wasn’t sure what it was about. The answer is in the title, sort of. I won’t explain the whole idea behind it (aka I don’t know what it is, and I don’t need to.) I discovered what it was when I was testing my capture card for the first time with it. It’s just to wander… dude. It sounds like a limp idea, but actually it makes perfect sense. Every MMO or Sandbox type world I’ve played has involved plentiful session of wandering through the world and just climbing hills and looking at stuff. Just for fun. I really love that.

3. Merchant of the Skies

It’s really hard to dissect this game from some sort of holographic understanding. The world building skills in this game are from a seasoned understanding of immersion. Merchant of the Skies is a borderline text-adventure, only you wander in your pixel art sky-ship from floating city to floating city in what’s essentially a trading game. This is a totally solid game premise too. I used to play the auction house in a certain famous MMO and I got really good at it. I became so good at working the reality based economy of the game that I would login to do only that. Last time I tried to revive that experience, everything had been double downed and made redundant, which was quite boring. No wonder GameStop stocks are in the news.

I can’t believe this game is 10 years old. It has a timeless aesthetic. It’s got mob quelling action, I’ll tell you that, but it feels more like being thrown into a short film about Tom Waits. Obviously the narrator sounds a lot like him! His name is Logan Cunningham. He has done some awesome voice work for Bastions’ publisher Supergiant Games. While this game does involve weapon action, it is not necessarily violent, since pretty much all of the action is just banishing lingering entities. This is a game that entertains on the merits of its art style just by itself. Playing this makes me feel cool.

Last but not least. Indie developers get away with so much fun, and I laud them for it. This game appeals to a style I relate to for some reason. Too much time in the Pacific Northwest? I don’t know. It’s got plenty of cool characters and plenty of cool levels. You might see some familiar ones too, of each category! Just shop the wood and switch sides. Two button games appeal to the never fully realized arcade gamer in me. And it’s quite challenging, but it rewards a present mind.

I am glad to have those games addressed. They could probably have their own articles, but why not short and sweet? If you liked this check out more of my articles on MrDavePizza.com. I’m also on Twitter and Instagram. Thanks!

The Last Campfire is A Colorful Guide to the HeartJanuary 15, 2021
Nordlicht is The Sweet Indie About Nordic Family LifeJanuary 3, 2021
Subscribe
Login
0 Comments
Inline Feedbacks
View all comments