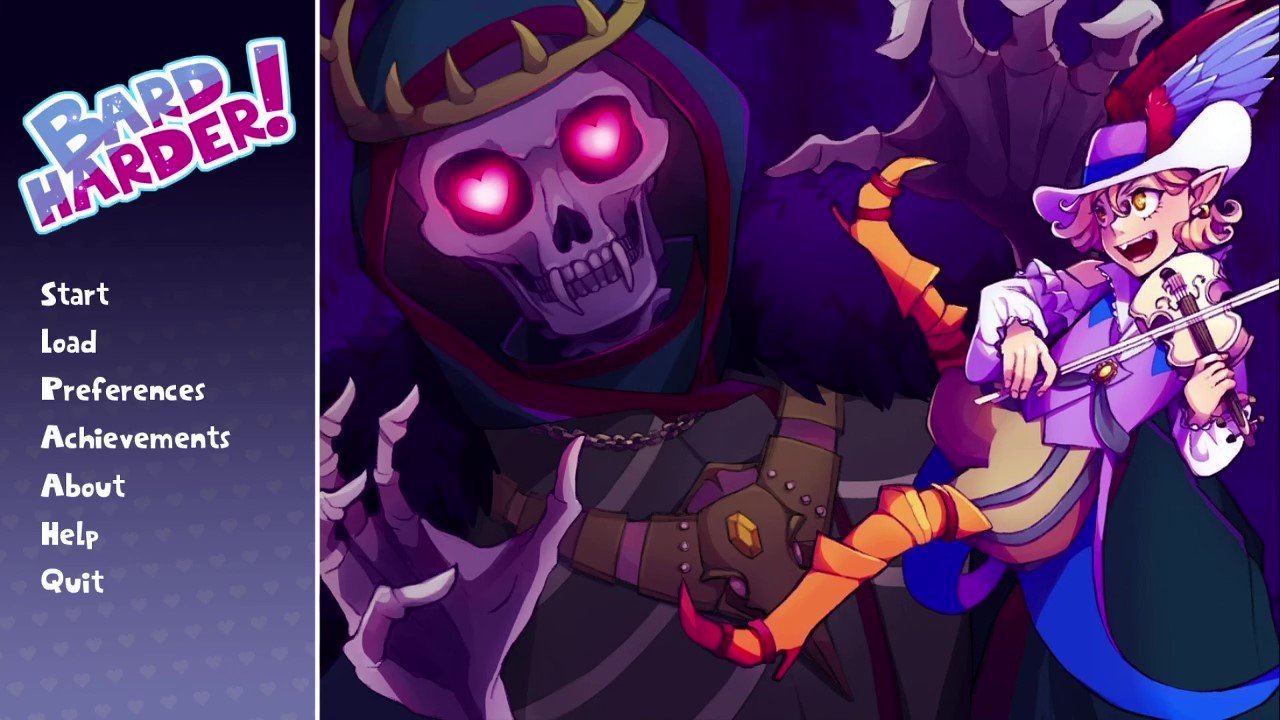 Bard Harder is a visual novel by Shark And Pelican Games. The story is about Robin, who is at a casual imaginary tabletop RPG campaign for a TTRPG called Wizards and Wyverns. The game takes place in alternating environments inside the fantasy game world and the real world amongst teammates and the DM Subin.

The gameplay is surprisingly a very good simulation of what it is like to play a TTRPG without actually playing a full-on RPG game. As a bard class character, most of the game takes place on the final boss where you’ve decided to flirt with a dark wizard in an attempt to save yourself and your teammates!

Bard Harder: Please, More Games That Look Like This

This is another very specific genre that I am playing because I am drawn to the style. It is funny how much you can play a game that is a dating sim visual novel without it really being either of those things but intrinsically fitting the descriptors.

This game is $1.99 on Steam, which is a super good deal. The game has some mature themes, but nothing offensive. It is a game with some casual LGBTQ themes, but it is not exclusively that. It’s mostly an open-minded yet comical game with a nice variety of character roles.

And once you reach the second half of the game involving the skeletal dark wizard boss, you’re probably going to be laughing more than thinking about anything serious. I thought this game was hilarious.

These visual novels usually make me love this art style. It seems to have a kind of smooth-contoured outline with precise gradient shading. If that sounds really technical, it should, because I don’t even know how it’s done.

I’d like to learn how though. In addition to that, every time I play a game like this I feel like I’m experiencing one of the coolest types of storytelling out there! Why not, with such great jokes. Did I mention music? Yes, this game has it. It’s digital instrumental music, but some of it is quite amusing. So, check, check, and check.

The game only takes about 30 minutes to complete, there are four different endings depending on what choices you make and how well you flirt with the skeletal boss. I actually game over’ed on my first attempt! That surprised me, I’m used to everything carrying on no matter what–but it does hurt to have a challenge!

I think if you take the time to make educated choices you will probably win. My personal style usually involves just starting up and doing as much as I can and choosing the craziest options. It was maybe not the best strategy, but either way, you can enjoy this game however you like. And for $1.99, it’s seriously worth it, even if it is just to see ways VN’s are being designed. You can jump to the link below if you like.

Just a side note. I have played a handful of dungeons and dragons game campaigns. Unlike these players, I could never find the right time or setting. It’s something I’d pick up again probably because it’s a very social and intellectual genre of game. Sure you can RP in some MMO, but I don’t know, there are more snacks in the real thing.

If you’re kind of confused by what’s going on in this game because you’ve never played a tabletop role-playing game, stop stressing. You literally don’t have to know anything about it, although it does help with some of the jokes. This is one of the great things about visual novels though, you can play as any character and follow the step-stone path. Maybe this will make you want to try it.

Thank you for reading MrDavePizza.com. If you enjoyed this review, please enjoy the site. If you enjoy visual novels, I have written about several of them. You can find those in the menu at the top of this page. I also review all kinds of games, mostly indie, so have a look around, and read as much as you like, it’s free!