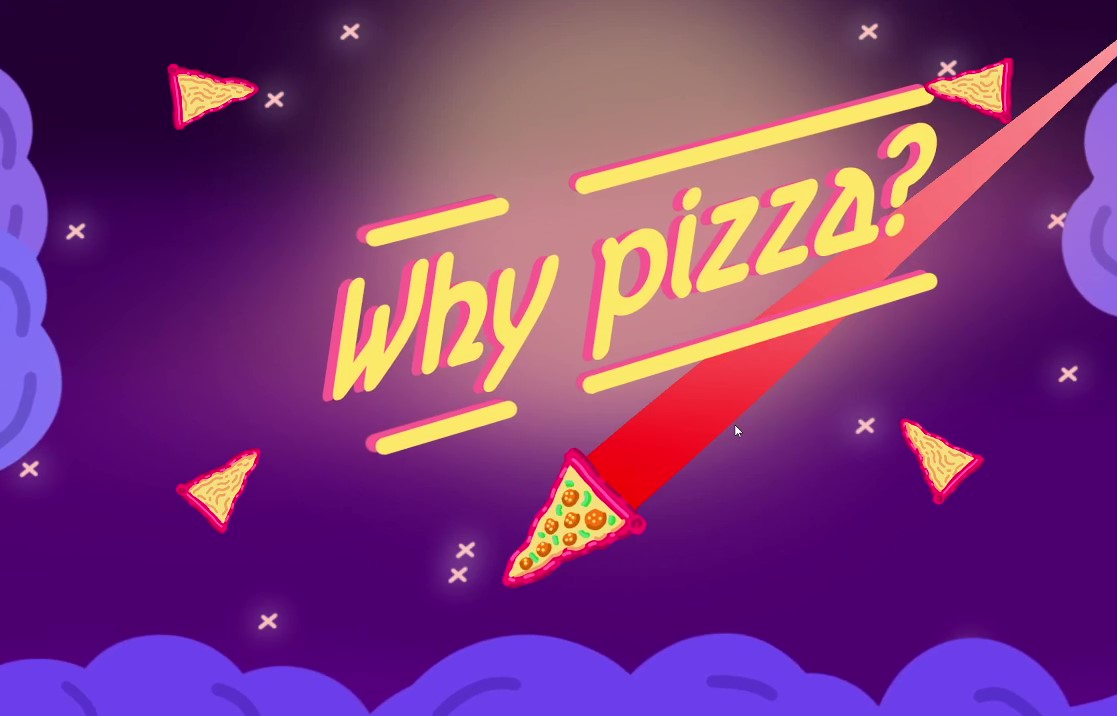 Because it’s Hot is a platformer y’all. But I almost forgot since this game is so much more kooky and creative than most games at all. You choose your anthropomorphic animal/pizza-head whatever, character. Then jump through a colorful ToeJam & Earl reminiscent world of Egyptian’esque (holla ancient aliens) block wall objectives and gimmicks. The skill level is slightly unforgiving.

There’s some sort of dynamic about having to support your family with points or something. Sorry to skip ahead, but I sort of dropped out around there anyway. There’s an objective that involves swinging around a giant Monty-Python-like hand. I saw what I needed to see, that his game is awesome.

The idea is you deliver pizza to doors for these weird birds/cats/? people. It’s not really hard, but the controls are varying and specific. You might break open walls with a pickaxe, or climb monkey bar light sticky rows. Fairly soon you will be swinging around on giant fingers. It’s weird alright, and I like it. There are 5 levels in the prologue, but illustratively and tactically, there is a lot of content in this.

Certainly, there are many art styles. Games like these embrace concepts of post-modernism and eccentricity that keep the candle of interest lit for explorative gamers. Originally, I wanted to tag Because It’s Hot as comedy, but it’s actually more psychological than anything. Games from this generation are going to start intriguing new audiences.

I feel like a bugger encroaching on this demo to talk about some personal diatribes. Sometimes creative titles bring that out though. This game is very creative, and it is cool. If you’re looking for a Twitch game or something new, check it out. It’s currently free on Steam, and is soon to be released.

FYI: Some Changes to Game Reviews

I need to rejuvenate my spirit with some new topics here. Games are really fun for everybody to explore, but it’s not as easy to write about consistently. It’s not even totally rewarding either, to be honest. It’s what has built up everything worth working on for this site from followership to content, but I need to deliver these more directly I think.

I might not even play the games for more than 5 minutes anymore, and simply make lists. It is summer again, something I actually haven’t had to contend with while working on this site before, since I started last Fall. Since I have a moderate yard, that means endless yard work. Please know, however, that I have always loved the games and developers of games I’ve covered, and I really only write about things I like, so kudos!

Because It’s Hot: Try it out!

I’ve included the Steam Link to Why Pizza below.

Thank you so much for reading MrDavePizza.com. We have a lot more content on the way, and it’s going to be fun. I hope you enjoyed this. Feel free to look around the website and read as much as you like, it’s free!