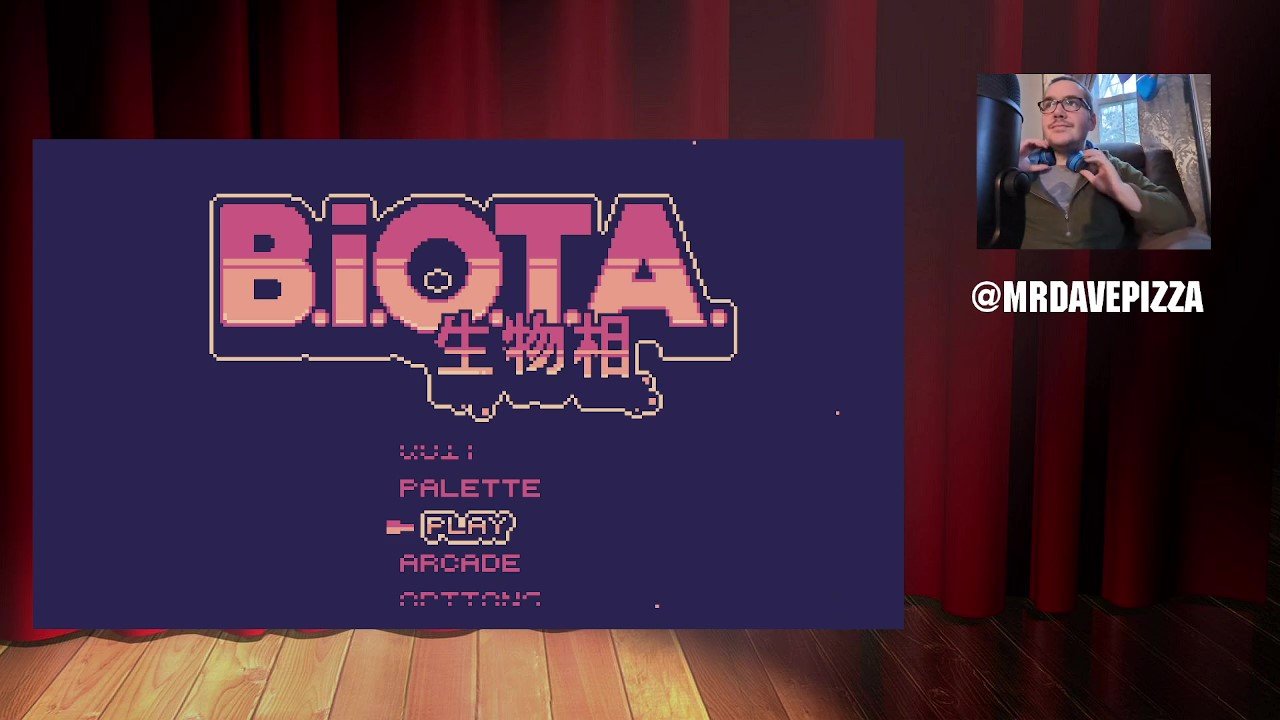 I’m going to try something new here. I have been known to review demos in the past, but they get kind of buried under other projects. I really want to dedicate time to as many as I’d like to. All things relevant, I made a post on Twitter about needing to play for Game Boy-style indies. I got a great tip from cshPinecone of Indie Game Collective about the game BIOTA from “small bros.” It’s a shmup–aka shoot ’em up.

Blasting away weird goops of purple eyeballs has its merits, so here it is on MrDavePizza. The game is rich in satisfying blastoid synth sound effects and radical pixel art. It reminded me of some old-school titles. Low bits don’t mean low quality.

It is likely this game will be well-received due to its attention to detail. An important note though: the game was released last month. So let me just do a quick rundown. Make sure to watch the video if you want to see the first few areas.

There were no issues with the demo or levels. Things worked great on my Xbox controller. I progressed through the tutorial and most of the ventilation system level with a good understanding of how the game works.

There are a lot of nuances that make this side-scroller more like a precision platformer than Metroidvania. That shouldn’t discount the sheer joy of obliterating weird fungus monsters. Also, despite the pink/purple tint I went with, you can experiment a bit with the palette from the menu.

Things that I really like about BIOTA include being able to save exactly where you are with the controller so long as there are no enemies on the screen. Make note that you can save anywhere with any level of health, and it does not replenish when respawning. Jumping around and navigating through the levels is pretty smooth and it is not bogged down by overly difficult mechanics. The design of the levels goes without saying as really cool for the mastery over pixel and hue.

Overall, things are looking good here, and the game seems to have arrived right out of the cusp of tons of releases, so I was really intrigued to see this on the roster.

Bard Harder! is the Weirdest, Funniest VN Out NowApril 15, 2021
Jaded is a New Freebie Hidden Gem You Might Want to TryMay 4, 2022
Subscribe
Login
0 Comments
Inline Feedbacks
View all comments