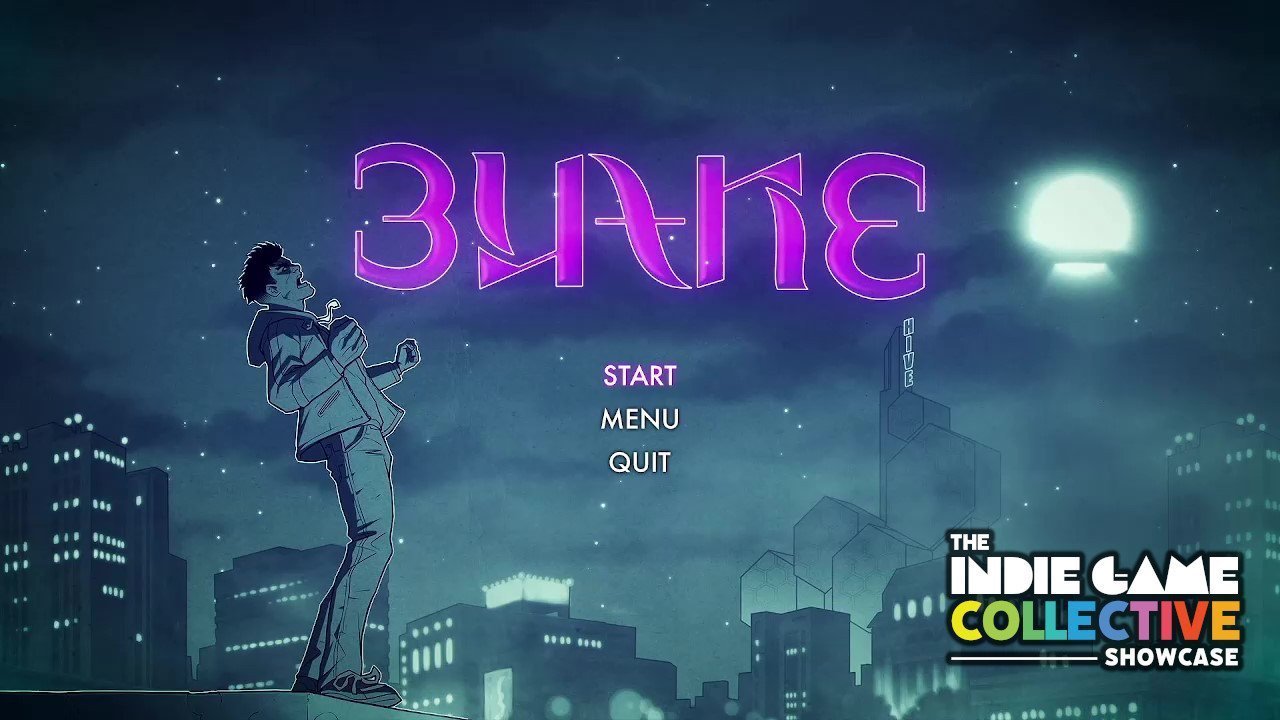 Blake is an interesting new visual novel from LegendOri Productions about a complacent computer programmer turned vigilante in a futuristic cyberpunk city. The primary scenario within the game involves a new technology that can make somebody totally anonymous. Even amongst the modern people-tracking computers of its era, a criminal of heinous description is leaving a fatal trace and incidentally has decided to start toying with Blake’s sanity.

The visual amalgamation of all the people and places of this story looks really, really good and the art, in general, is right on the button in terms of a high-quality visual novel. I’m always up for a good visual novel at first glance, so let me tell you about Blake. Prepare for a downlink for this digital discourse. We’re going in.

Thanks to Indie Game Collective and the developer at LegendOri Productions for giving me this opportunity.

Pre-faced warning: This game has mature themes including language and violent themes, which I didn’t realize right away, but I thought I’d let you know. I’m not always good about remembering to say that.

One thing on visual novels. I love them. What I also love is cyberpunk. They make a really compelling combination as the duo of this generation’s audio-visual preference in media format with the love of the classic mass-market format of a cyberpunk thriller. You might not even care about this, but it’s something I’ve noticed in reviewing games.

As per visual novel standards, there are some great characters to consider with clever quirks and some perfect illustration opportunities. Early on, after Blake’s standard mega-corporate office intro, the whole crew heads out for drinks. You can learn more about any of your co-workers on the same level of the chain. Or not. I chose to skip this, just to see. I generally play the anti-social type in dating sim scenarios. that’s just my thing.

Soon enough, you’ll get pulled into a bizarre tango with a predator, fast-tracked by the office boss Jonathan. Organized crime allusions and bizarre occurrences will, I suppose, lead you on a treacherous path! And judging by the cover, the visual novel cover, there’s a pretty compelling world built in Blake.

I talked before about the cyberpunk genre/gaming phenomenon. Now I’ll brainstorm on the story. I know for a fact that mystery stories are HUGE in the literary and film/tv industries. The reason is simple. The themes and characters in your standard who-dun-it, or in this case who’s-still-dunning-it, is a great way to drive a plot. The conflict, villain, hero, and plot development all roll out like clockwork. And even if it takes the whole story to unravel, you know it will be resolved… somehow.

I couldn’t help but notice one of the plot points was familiar to me from an old episode from Ghost in the Shell: Stand-Alone Complex. It’s actually one that gave me nightmares! So pretty disturbing I’ll say that. Sometimes visual novels enter a gray area of the character components versus necessary drama that usually takes the backseat in scenes. This has always struck me as kinda weird. But that’s okay because now you know here before you play it. And like I said, it’s a common visual novel trope.

Just one more thing to mention. Most VN’s are loaded with endless dialogue. Blake manages to add quite a few descriptive narrative descriptions along with the dialogue. I think that’s actually pretty good because cyberpunk has a lot of history in creating super locational hyperbole from panels of organic diodes and carbon to dust on the halogen lamps. It’s in its nature.

I’ll wrap it up there. This visual novel is top-notch and it will immerse you into a complex story with a heavy reward for the determined. I have the Steam link below where you can find it. And with that, keep your circuits in order.

Thank you so much for reading Mr. Dave Pizza. If you enjoyed this article, please have a look around, and please come back!