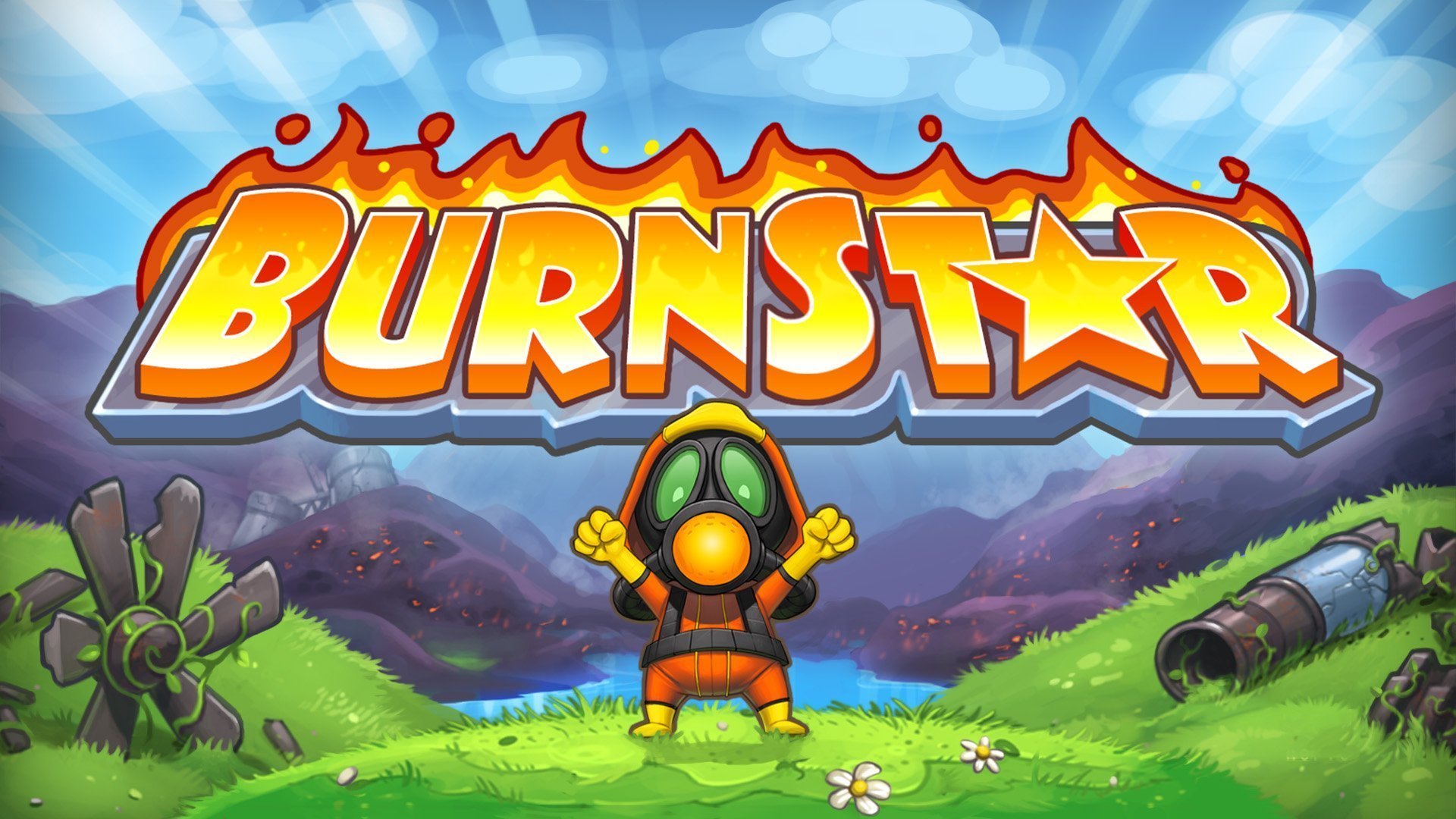 Burnstar is one of those games that doesn’t have a sweeping setup for buying a bunch of junk. It’s just cool looking and fun, and the sound design is funkalicious. You can play this game either as a single-player or co-op. I think co-op would probably be easier, but I did alright on single-player.

Lurked the Nintendo eShop this morning for a good match for a new section of my site I’m expanding about frugal gaming. Yep, cheap games! I’ve received a lot of positive reception for my research on this subject, so here we go.

I’ve seen so many games that look good at first and then you start playing and that illusion breaks away like flimsy cardboard. This is not the case with Burnstar. Also, this game IS family-friendly, I have no doubts there. It’s E for Everyone, but despite the action atmosphere of the game, there’s no bad energy about it. Pretty rare to line up those two in a row sometimes. Probably the only issue you might have is deciding your strategy for the puzzles. That’s up to you though, as it should be!

There are four player options, however, you really only need to play as the main character to begin with. I guess the other characters have either more of a support role for co-op or maybe for solving different types of puzzle. I’m looking back now and thinking that freezing obstacles might have been pretty useful at one part.

You start off with a grid with various obstacles and objects. Not everything is important, but some things are. As you’ll be reminded in the intro, your job is to burn the goo. There’s purple goo everywhere. It’s flammable, and if you can set fire to it, you can burn entire pools of it for stars.

Most importantly though, burn the goo! You collect stars to achieve enough completion that you can grab the big star and move to the next level. This shouldn’t be too hard (at first), because there are star outlines painted on squares throughout the grid. If you can light those grids on fire with explosives, you’ll be able to get all your starts to move on. It is not always obvious what to do though. There are some boxes that are more flammable than others, like the big red boxes.

As you progress through the world map, you’ll encounter different obstacles. When I reached Haunted Isles there was a block that kept chasing me. I took a break there. There is a timer in the upper right corner, but you’ll never run out of time.

I really like that, however, I’ve been so coddled by games past that I thought maybe the game crashed when it didn’t display “Game Over” as I ruined every opportunity to get enough stars. That’s actually a good thing though because you can spend time figuring out how the puzzle might work. Either way, not an issue. Also, you can uh, get captured–by a saw or one of your explosives.  The puzzle simply restarts then and it’s no big deal..

I kept on trying to think of a game that was like this, but I couldn’t. It’s really not a lot different than your average puzzle game, but the style and design are really unique and fun. I did not feel any annoyance with the graphic quality or anything. Honestly, I do not totally understand why this game is so inexpensive. There are 80 LEVELS! That is a boatload.

My only issue at all was during the last puzzles I tried as I moved around the island. I got kind of confused by what I was supposed to do with the blocks that chased after me in Haunted Wilds. There are only a few areas like this I think, but I did not spend enough time to figure it out.

If it were Co-Op, it would have been so easy. A lot of games these days do expect us to play with other players, but that’s not my thing. Maybe it is yours, and even if it’s not, check this game out, not much to lose really. I think you’re going to go far.