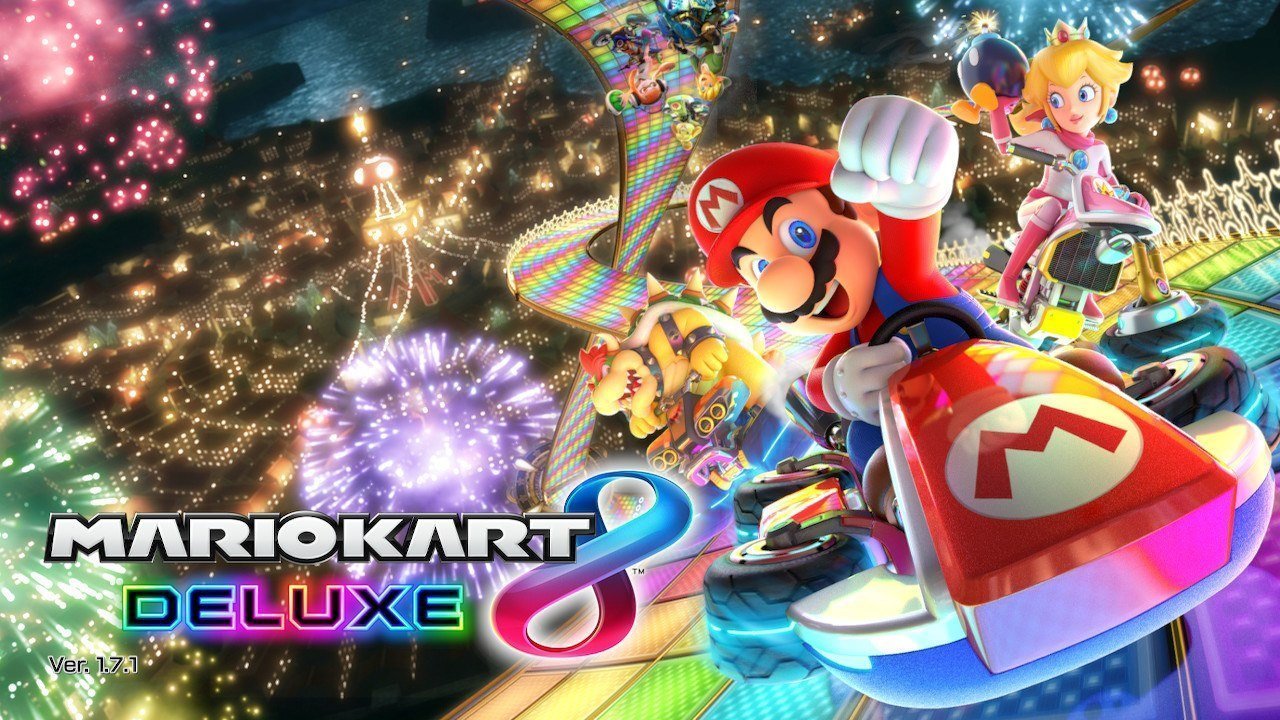 I’ve been in love with Mario Kart since its humble beginnings on SNES. That is true up until today with Mario Kart 8 Deluxe. It is truly a testament to the highest casual gaming standard held for games of its genre. That said, Mario Kart doesn’t exactly have “competitors,” mind you. Aside from some sincere efforts from Nickelodeon, Garfield, and Hello Kitty racers, and while we’re at it Super Indie Karts. Mario Kart 8 was so popular, however, that it was released twice, once on Wii U and once on Nintendo Switch. This game certainly fits with any wish list of the mindful but playful gamer, or really anybody who has liked anything Nintendo has ever done.

Mario Kart 8 gets away with not having any sort of belligerence or violence in it because it simply doesn’t need it. This game stands alone as champion because it is a self-contained experience. I hop on this game multiple times throughout the day. It’s nice when I need to get myself focused or whenever I’m craving some colorful Mario Kingdom characters from throughout the years (plus some others) and some casual speed racing on a host of wondrous racetracks. There is even a free Mario Kart Tour mobile apple now. There are enough ways to play this game that it really has a little of everything for everybody.

So, just a heads up. There is a Mario Kart 8 and Mario Kart 8 Deluxe. The 8 came out on Wii U, which still works and has downloadable content that catches you up with the content of Deluxe on Switch, which comes preloaded. Deluxe has a few more characters and you can also drift with pink sparks, that’s basically all that’s different. The graphics are superior on Switch I’d have to say, but it was the Wii U that got me totally into this game.

Most people will probably start off Mario Kart with a low circuit, mushroom map, and the standard-issue vehicles and characters. (All my characters were unlocked when I got the Switch version, I have no idea why.) Seeing as how I have no consistency on this part of the game, I’ll just say that, for me, the motivator in playing is unlocking characters or cars. It’s regulated by how many coins and courses you get.

Might I also add in here, that Mario Kart 8’s predecessor is very heavily influenced by Mario Kart Wii! I worked the heck out of Princess Peach’s motorbike on RainbowRoad with a nunchuck toggle, and it is one of the best games available for Wii. Some day I’ll write more about the Wii, because I still have tons of Wii Games in the Wii U collection. But that’s that for now. Just wanted to acknowledge Mario Kart’s roots!

This is not a combat game, although there are some competitive elements to it that I choose to just turn off. In custom vs races, which is the option to turn on when you don’t want to do a full grand Prix or simply want to edit the game options.

I usually turn off all the item cubes (glow spinning powerups through the tracks) and just get coins. As much as I can zoom along in regular mode, those blue shells, bananas, lightning bolts, etc. really put a damper on my play. But wait, you say, that is part of the challenge. As somebody who is very interested in cultural trends academically and creatively, I have noticed that non-competitive game modes actually have a very grateful fanbase. I’m talking overwhelming amounts of gamers who just want to chill out and immerse themselves in the show.

So, one last thought. Another interesting facet of this game is how it manages to combine characters from such a swath and hero/villain spectrum into a singular co-op experience. Rosaline Vs. Link. Vs. Bowser. Vs. Mario. I love it. It really is cool though when we get to see familiar characters in the same setting.

This game could have been pretty simple, but it has a ton of content and the physics of racing on such fantastical tracks and circuits. It is an extension of my controller hands that is easy to pick up, set down, and pick up again. I wonder if we’ll be seeing more content for Mario Kart 8 or a new Title completely in the next couple of years. Either way is fine. Mario Kart Wii is still fun. SNES Mario Kart is fun. N64, Gamecube. This game is iconic. Give it a try, definitely. I still haven’t even raced with every character in Mario Kart 8 but I’d be fine with some goomba mushrooms and pink Donkey Kongs. Watch out for those bananas!

Thank you for reading MrDavePizza.com. This is one of my first reviews, and I appreciate you looking at it. That said, a lot has happened since then! I review mostly indie games along with some mainstream favorites, so I welcome you to have a look around and read as much as you like. There’s so much more!