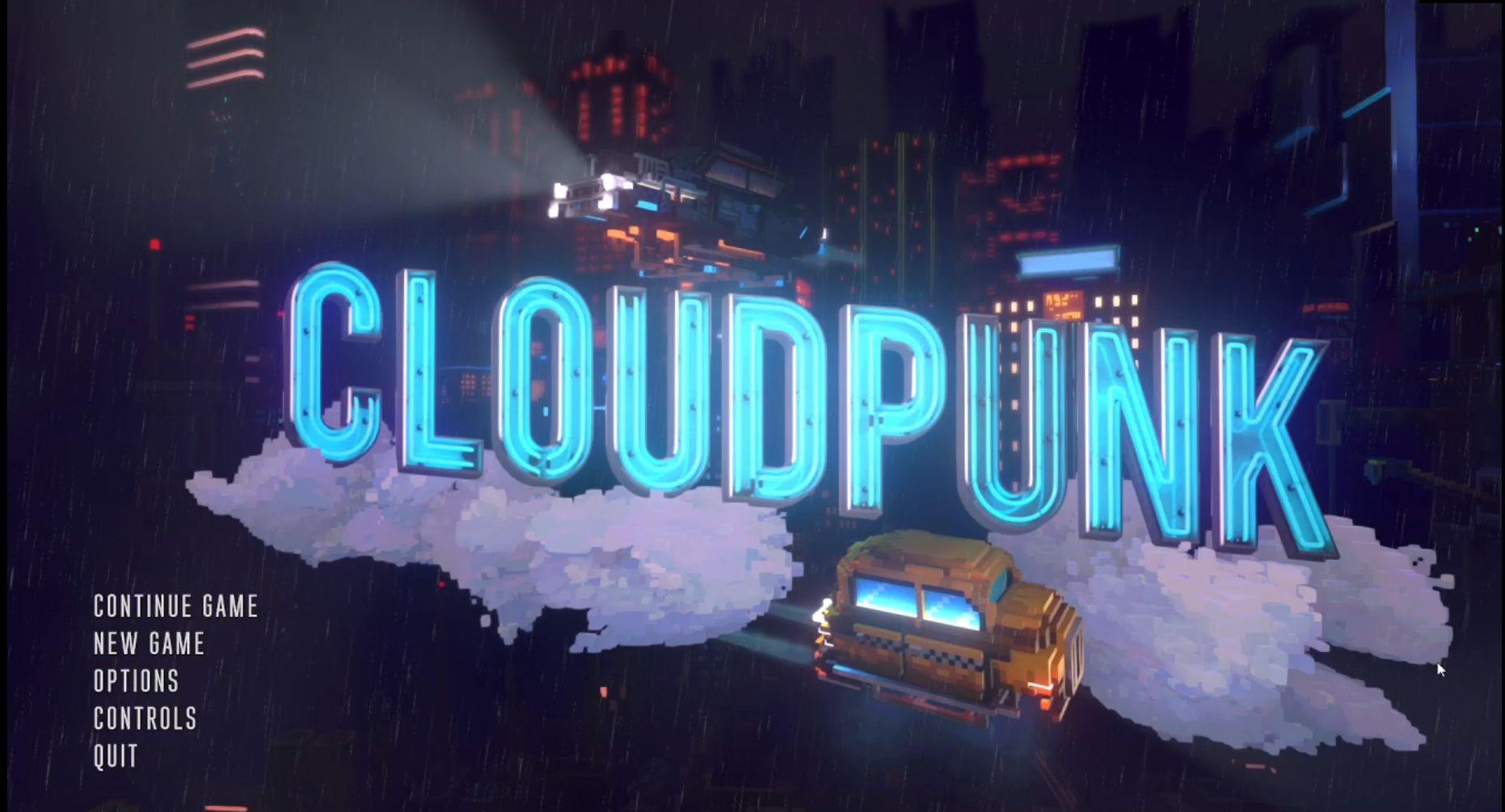 The way games roll out in relation to cult themes these days feel like popping a bean bag chair full of glitter. Shiny and colorful, but spreading everywhere. Cloudpunk IS DEFINITELY a cyberpunk game. Life exists in an oppressively technological Babylon run by criminal overlords and the rebellious underdogs to send it tumbling–not always in an obvious way either.

Of course, Cloudpunk is massive, and I have no idea how long it takes to reach the end, how it ends, or if it ends. Hold on let me look that up. WOW, this game is massive.

I wondered if I should write about this game, because it’s rated M for mature, and generally I do not look around for that kind of content. This is cyberpunk though, a genre that is crude because of what it represents not for what it wants you to enjoy.

It’s so surprising to me that there are now good video games about cyberpunk. I’m not sure how some of the major titles like 2077 compare, but I feel they are different. Cloudpunk seems very focused on the dystopic literary tropes. 2077 is, I guess, more about the cybernetic samurai archetype. I haven’t tried it yet. These are games though, they’re not books. It’s getting there though.

Your character is Raina, a delivery driver for a shady courier service called Cloudpunk, and you have a HOVA, a sort of flying car that works within the infrastructure of the city. I think the designers really wanted this to be a real thing someday. Maybe.

It’s very practical for the purpose of giving us our flippin’ flying cars already.

I don’t mean this in an un-spirited way, but I recently realized that this argument for what futuristic tech we deserve is flawed. First of all, why do we need that? Second of all, we already have flying cars, they’re called airplanes. Sorry, I just had to say that. It’s not really related to the game, but it’s how I am dealing with the concept and my jealousy of the future.

Anyway, I still love driving/flying my HOVA all over Cloudpunk, and you will too if you play it. What a wonderful feature.

The game is pretty gritty. Not as much as Vice City, but definitely somewhere around GTA2, the best GTA game, I don’t play those games anymore, but loved the top-down art and music of GTA2.

There’s a story within the game about Raina’s dog’s mind being uploaded into her HOVA A.I. system. It’s pretty weird, and I didn’t really like it, but it’s kind of sweet or cool I guess? This game often leans toward mild discomfort. That’s an educated storytelling attitude though, since classically, conflict creates interest. An ugly truth, but that’s our brains.

Give me the Dossier on Cloudpunk

What do you need to know? Just follow the green nav points on your mini-map in the bottom right corner, learn to park, be patient, and just pay attention. Once you get the controls down you’ll enjoy driving your flying car around the city, despite what I said about airplanes, and you’ll get to see this massive amazing cyberpunk city that blasts neon light into every shadowed corner.

It’s a rogue-lite and the 3D illustration of characters is sort of bricky and pixelated, (actually it’s a design tool called Voxel, but I thought I might explain it that way anyway), while the videophone is very, very 1990’s game stylized. The whole game seems very 1990s, which is fine because it is a time when these themes thrived, and also one I love.

I didn’t feel lonely, every character has something interesting to say, as jolted as it might seem at times. I felt the game writers were guided through the concept of this game through its characters.

At Cloudpunk, We’ll Leave the Light on For You

I really enjoy my time with Cloudpunk. Maybe someday I’ll finish it. I played for quite a while on my end, but not all the way. It seemed like things were leading somewhere, but I’ll probably be returning. That’s okay, because picking up stuff and then delivering it is super fun. I feel like I can just load it up and play for as long or short as I want. Although, it seems that the save system is automated and I’m not totally sure how it works. It’s a nice pace all and all.

Anyway, if you are leaning toward purchasing it, or it’s on sale, go for it. It is visually astounding and pretty satisfying. We may be on the verge of a cyberpunk revival, and I’m cool with it.

Thanks for reading. Read about more games at MrDavePizza.com