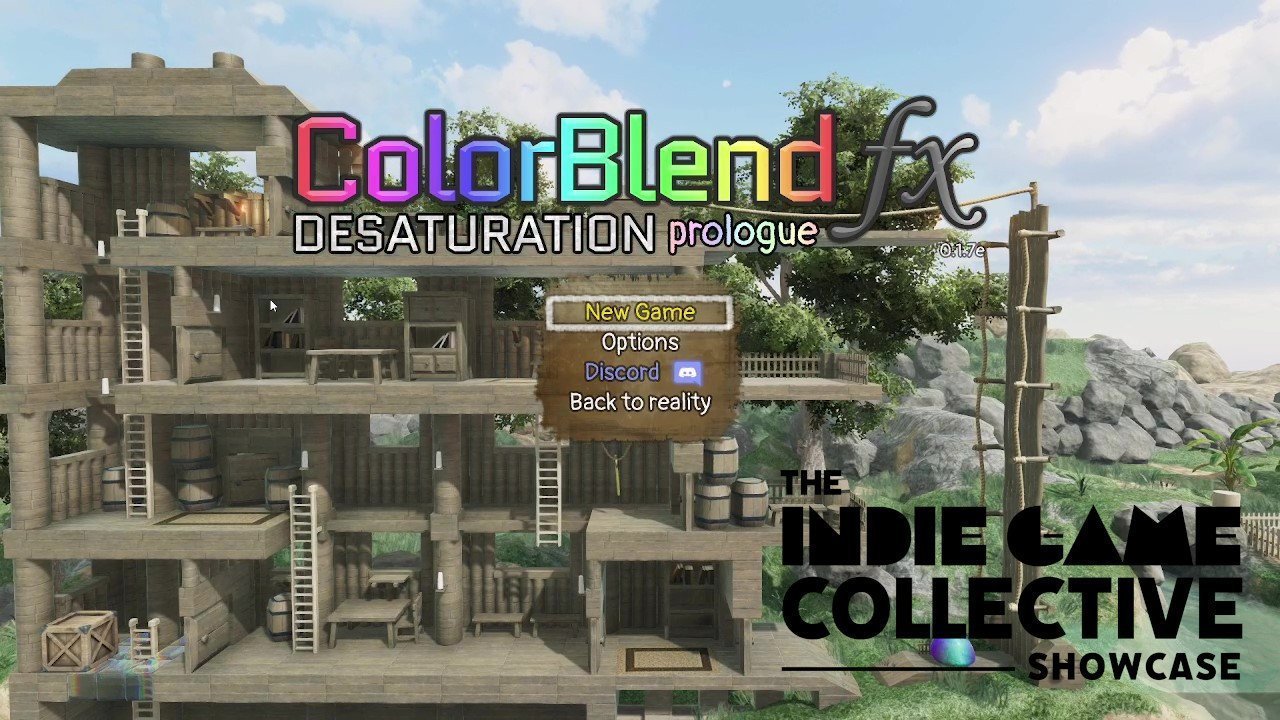 And deep in the fire and brimstone caverns of who knows where is the abode of nefarious minions sworn to a meanie named Lord Ashen. In a diabolical turn of fate, Lord Ashen depletes the Splatian’s home of colorful hues in place of monochrome misery. The only solution is to work with your friends and solve creative puzzles involving color to defeat Lord Ashen.

This demo was made available by Indie Game Collective in collaboration with PeterSvP. Thank you!

I immediately find life in the world of Splatia to be quite agreeable. Buildings are open-air side view levels that are easy to move around in, even with a controller. Landscapes in outside areas with their own puzzles are abundant as well. The tutorial area takes an acceptable time to give you the basics. It’s pretty simple. Most areas are dependent on a series of locked door procedures, using keys that are initially not too difficult to acquire. Most involve puzzles having to do with color. Unlock the path and reminisce with your friends and that generally closes the chapter.

The puzzles generally involve a sequence of learning how to stomp slimes, wade through pools, and tie-dye your character in the right sections so that you can open up new areas that scan your avatar. It’s a nice over-the-top and rewarding trinket within each scene progression. Also, there is a library section in the demo that requires collecting books to find key parts to unlock a map. This is fun and complex.

The colorful obstacles certainly hold an appeal for gamers who are fond of games like Splatoon or de Blob, where gameplay revolves around color and transformation. I welcome a newcomer to this niche genre.

The early cut scene of Lord Ashen and his minions is compelling enough to drive the story and is also hilarious. There is sort of a Lord Business vibe to the villain that I can’t help but enjoy. The content is entirely unique though, and the dialogue in Colorblend fx Desaturation is original and quirky. In more detail, the story involves Lord Ashen being enraged by a Splatian creating a device that harnesses the powers of color dust.

I feel the developer is definitely having some fun with the dialogue. It rings of ironic insight and impulsive hilarity. It is important in game development to maintain some level of humor and it comes off lighthearted and silly, which I like! Where the rest of the game leads storywise is going to be interesting to see, but alas I went as far as I personally could go, perhaps you could go farther! It has a lot of possibilities, and I really am curious about how things will pan out.

Wishlist on Steam (Or Try the Free Demo!)

3D platformer, slimes, villains, stories, friends, puzzles. It’s all here, and from a pool of choices, I felt this was a good one to try out. I was right. So, keep an eye on this one, and have fun putting a little color into the world!

Thank you so much for reading Mr. Dave Pizza. I know it’s been so long since I reviewed some demos! They are highly popular though, so I’m hearing you. Lots of stuff new here at the site all the time, so have a look around, and please come back!