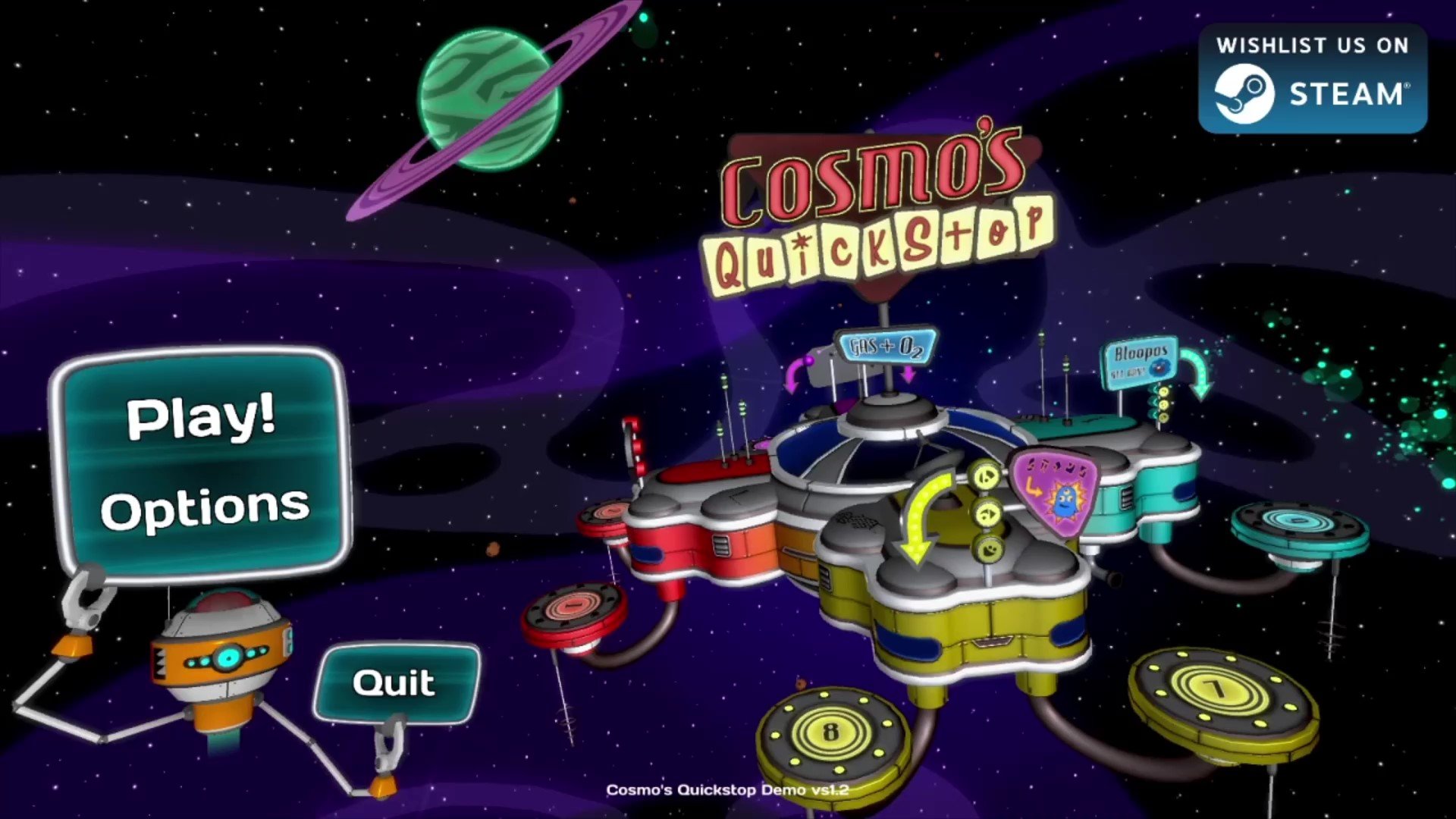 Cosmo’s Quickstop is a game about working a summer job as an alien in your uncle’s intergalactic truck-stop–more or less, it’s actually more of a gas station with full service but this is my review, hands off.

One thing I really want to share is I have worked in the transportation industry doing stuff like is in this game, and the developers who created obviously know how these places work. The game has so many hilarious elements that whisk me into the past.

Some People Call Me The Space Pizza

ALRIGHT, I’m getting serious. So, Cosmo’s Quickstop is one of those games that’s better suited as a local co-op play, however, it’s perfectly fine solo. There’s usually a sacrifice. But I don’t think I noticed one other than I had to act quickly because the spaceships can time out and not pay.

I think the thing I love about this game, is it is as laborious, difficult, and as disgusting, and thankless as these jobs are. I’m not discrediting excellent customer service no matter what your trade, but I am telling you, you have NO idea some of the things you see in jobs like this… here on Earth. This brings me to my next point, this is obviously a game to make you laugh. It’s incredibly difficult but just enough to remain possible.

The job tasks aren’t too difficult to execute, and I love the way they work (pumping the gas with your mouse, brilliant.) It’s the timing that you’ve got to watch. Skip ahead in the attached video up above if you want to see how fast I had to move.

If You Can Lean, You Can Cleanin Cosmo’s Quickstop

There are 6 major chores. Fuel, cleaning, vending machine, bathrooms, navigation, and steering the space station out of the way of incoming asteroids. The bathrooms are disgusting but pretty funny.

For 1-4 customers at once with multiple requests. Oh, and you also have to send passing-through ships on their way after you’re done. There are a couple of portals between the work docks so you can move quickly if you can remember.

Amazingly, I made it through the tutorial, but I don’t know if I would try it on a more difficult mode, because you need 5 tentacles to keep up sometimes. There is some leniency in this factor of the game though. I probably let go of 4-5 ships, unacceptable–I DID MY BEST!

I recommend you check this one out. It’s hilarious, fun, and immersive. And currently, basically free as a demo, currently at least. Give the artwork a plus too–this game looks totally rad, in more than one way.

Thanks for reading. Read about more games at MrDavePizza.com.

What Lies in the Multiverse is a Unique & Cool IndieJanuary 22, 2022
OPUS Rocket of Whispers is Beautiful & Full of DEEP GameplayJanuary 23, 2021
Subscribe
Login
0 Comments
Inline Feedbacks
View all comments