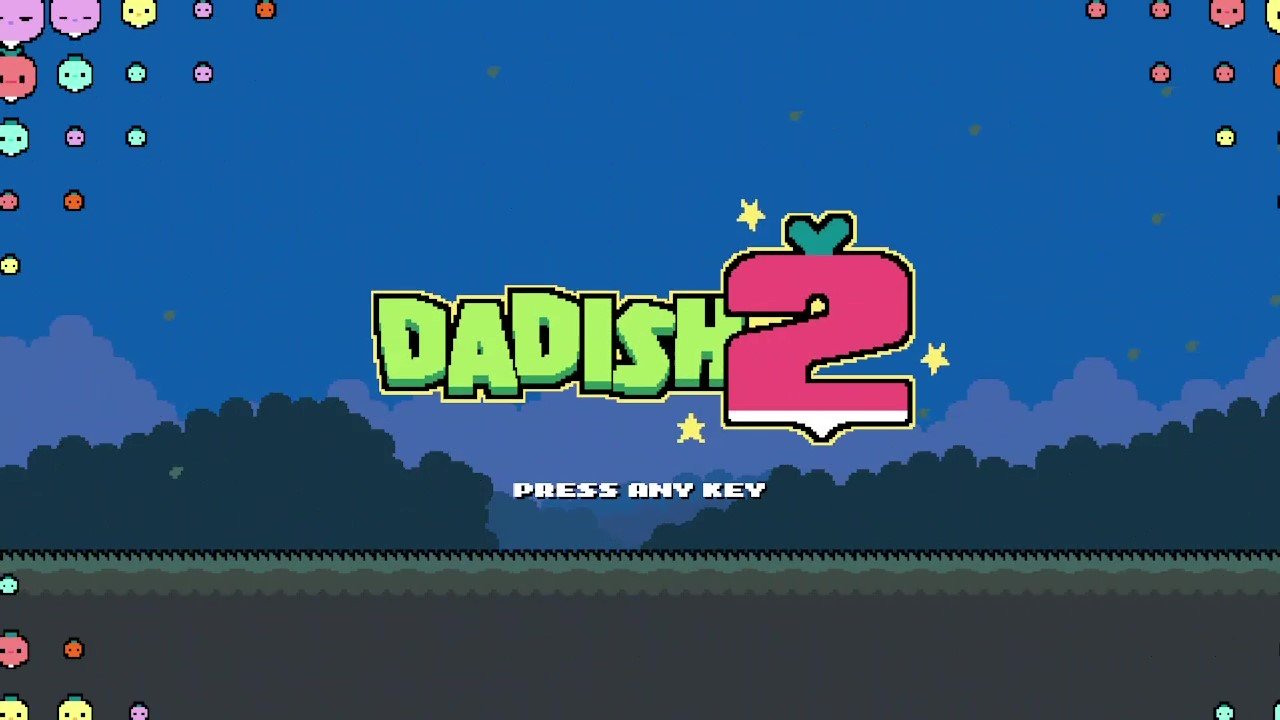 I’m spending time playing a lot of food games lately. While cooking sims are the most obvious manifestation of this, platformers like Dadish 2 are right on board too. Dadish 2 is a continuation of the original Dadish game and both are available on most platforms. You, Dadish, awake from a nap at work one day when your several radish children come to visit you for “bring your kids to work day.” They convince you to leave the chainsaw and cannon-filled office building and set off into this weird world. Dadish 2 has a narrative that is humorously inconsistent but is very entertaining and quirky.

Totally Radish, Getting Started in Dadish 2

I found my controller to be the best method for playing the game. Lately, I’ve been playing lots of platformers since I got an Xbox One controller for my PC. The trick to playing these games is to just be patient. Look at your options and try to determine what exactly it is you’re supposed to do. Dadish 2 is medium-difficult to slightly high-difficulty. If you are just getting started it will take some time to get used to the precision aspect.

I really love the narrative of Dadish 2. It is totally absurd, but it gives you something to look forward to as you progress through each level. The end of every level has some character saying something totally ridiculous and then you fly into the sky with them leaving a trail of stars. Most of your focus is going to be on the actual obstacles though aside from that. Gameplay ranges from jumping between platforms, avoiding mobs, watching out for saws, and getting the timing just right on certain areas as you do things like jump from crumbling platforms. It’s everything you’d want from a platformer with some lighthearted and pleasant graphics to go along with it.

First Impressions of the Game

The only missing from Dadish 2 is a bushy dad ‘stache. It is, however, made up for plentifully by the dialogue throughout the game. You don’t really need to have the very best powered blast of radish puns or even any backstory at all, but it helps. This is something I’d like to see more of in future platformers because if you can tell a good game joke, it seems you can make a good game–and it makes me want to play it and talk about. Kinda the same thing goes on here when I’m writing about new games. If you want to know more about the brilliant creator of this game, check out Thomas K. Young, he’s made a few things so far and his style agrees with me a lot.

Also, in this quest to play more food themed games, Dadish 2 excels on that premise, moving from the cliche retro arcade idea of collecting cherries to fully blown food mobs everywhere. Food is familiar and positive. And when you ride across a meadow on the back of a hamburger, there’s a certain joy to that. Burgers or vegetables, what have you, it’s a fun theme and enjoy it.

Here’s some various things to enjoy about Dadish 2

This is definitely an instant indie classic in my opinion. The game is dirt cheap right now, but it is still just as playable as ever and I would totally recommend it. I liked the characters, art, and obstacles. It’s challenging without being discouraging or impossible. When it comes to games like Dadish 2, I get a certain vibe before I ever even play the game that it is going to be good. This is one of those games, and it is the right feeling. If you like games like Celeste or Sunblaze, consider Dadish 2, because it has a lot of the same challenges, although I was definitely sold on the food theme for its playfulness most of all.

Well, that’s it. This game turned out really alright. Make sure to watch the video above if you want to see more of what you’re in for here. Platformers are not always easy to write about, but I am grateful for this game and the great deal I got on it! I’d like to continue to bring you great content like this, so I’ll have my eyes on all kinds of games. Thank you to Thomas K. Young for providing the opportunity to play a fun game!

If you liked this review be sure to stop by again as we’ll have regular content like this as much as possible. Thanks for reading Mr. Dave Pizza, please return and read as much as you like. Take care.

Stardew Valley – Impossible Not To Love