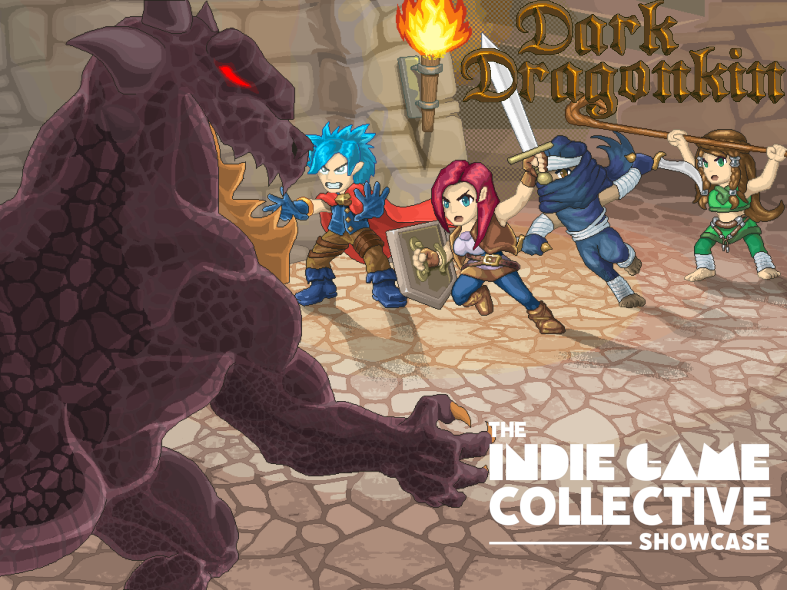 Dark Dragonkin is an indie dev project from Twintertainment that is a top-down pixelized fantasy RPG/dungeon-crawler. Players control multiple characters in a group to make them work together to defeat enemies and advance the story. This game is still deep in the dev process with a potential audience of RPG fans and general indie gamers. It feels very attended to as a solo dev project though, and the potential to scale abilities and environments into a fully fleshed world is entirely real. So, I sat down with Dark Dragonkin and played through the first level. I recommend if you test the demo for this you realize how far the developers have come in working on basic mechanics and themes. I thought it was pretty cool, so let’s talk about it.

From Twintertainment: “The prince has been kidnapped! Your party has been chosen to rescue him. You must journey through the realms of the dragonkin each more difficult than the last. There is a realm of fire, ice, lightning, and stone plus more! The dragonkin are quite formidable; you must use each member’s skill strategically to defeat the Dragon Kin King and save the price.“

This demo showcase is made possible through collaboration between Indie Game Collective and Twintertainment. Thank you.

Go To Your Room, Dungeon Crawling in Dark Dragonkin

The key to this showcase is going to mostly be what I relay from the developer. I started off in a stone dungeon with a variety of walls and scattered mobs with my cohorts. It is definitely an old-school style design that has a charm. Much of the movement, feels made to accommodate the pixel art form heroes and that is not wrong. Characters work together. Each character is controlled separately like Lost Vikings if you are familiar with that concept. One character goes to one area, then another character moves in to bash, cast, open, etc. The very first one involves jumping a gap while another character transforms into a fairy to access a button. A mob comes out and a brief fight moves the story forward.

Each character’s race/class (talking RPG stuff here) determines what part of the process they are capable of. In the first dungeon area I tested, it was clearly announced what to do. After this process, I tested out some of the other combat abilities which are your standard fare of shield blocking and range attack, including magic spells. I played this all on my DS4 controller, so I was pretty amazed at how easy it was. Button tooltips for the abilities were listed in controller form (A, B, X, Y LT RT) which was pretty good actually, and I didn’t have much trouble. It might take practice to perfect the timing though, but it is entirely playable.

And more from Steam on the character abilities and skills:

One great thing about solo dev titles is the ability to create mechanics that are cohesive visually yet feel like someone is taking the extra time to smooth out a janky slip or make sure you know how to play the game. That’s a good way to think about Dark Dragonkin. If you have half a minute, try out the demo, why not? Make sure to wishlist on Steam too if you want to support it.

Thank you so much for reading Mr. Dave Pizza. And thank you to Indie Game Collective, especially ParaDyme, for helping make this possible. There is so much to see here, so please have a look around! And be sure to come back!