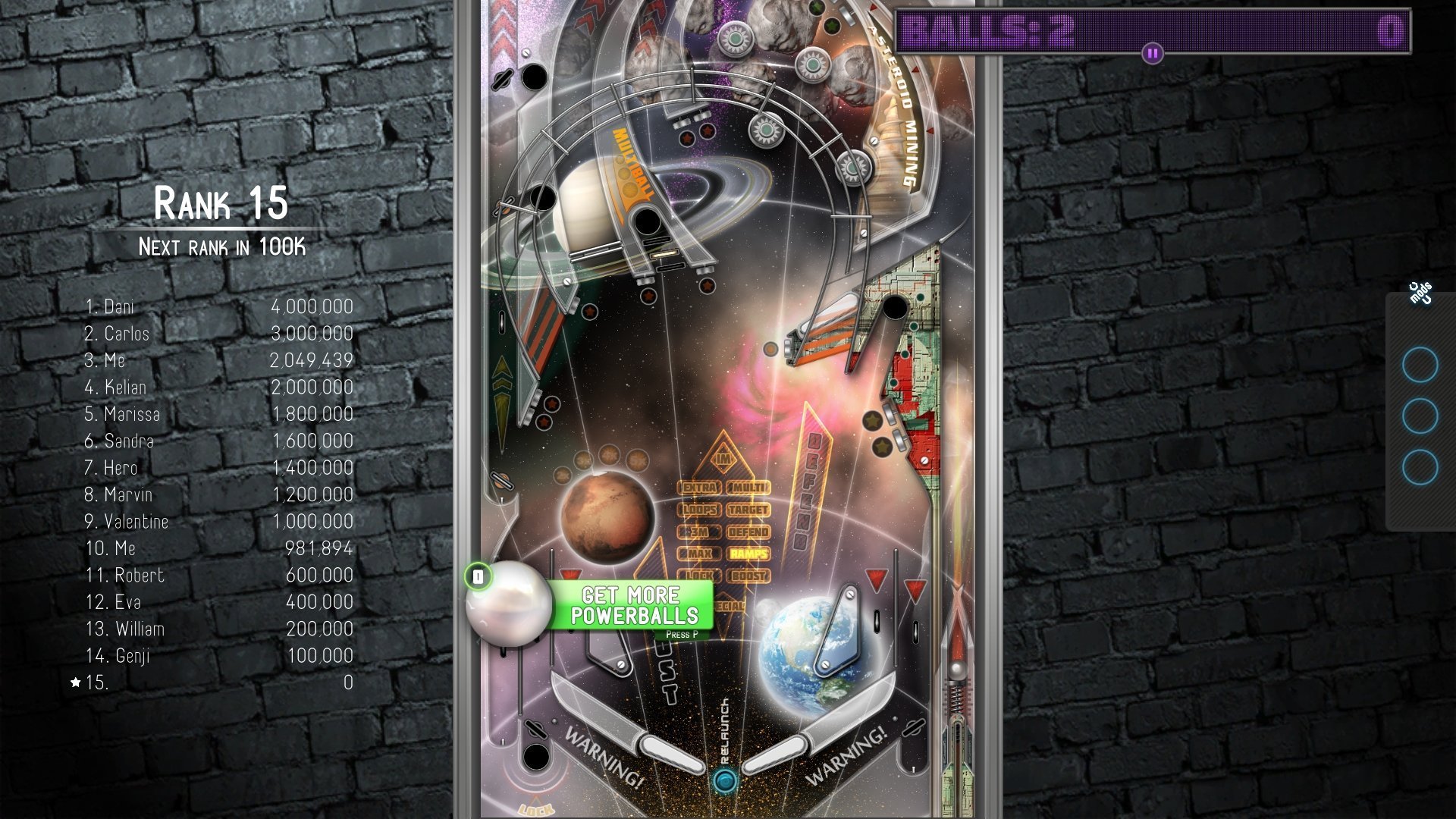 Remember pinball? Not only remember it but are a “pinball wizard” as it were? Well, here we go again. Today I’m going to share a game that is available on both the Mobile and PC platforms. The game is Pinball Deluxe: Reloaded. There is also apparently some background with Blackberry devices long before that for this publisher, but I don’t know much about that.

Before this post, I tried to load up an Android emulator to see if I could try the Google Play version on my Windows machine, but it didn’t really work and it was easier to just download it to my smartphone. Here is trailer though.

The machines in Pinball Deluxe are very aesthetic and a product of attention to detail, which gives a really enjoyable and, I suppose you could say, realistic experience. Pinball is little know loveof mine for simultaneously being “relaxing” yet engaging as a game type, because once you get into it, it is all about you and the machine, digital or not, everything else goes hush.

While I do like–okay, adore–some of the production themes out there, the generic themes on this game are still quite good. The space exploration game really engages me. There’s also a spin off old-timey skee-ball/pinball hybrid which is very pleasant.

Another cool feature of this game is the ability to unlock mods using something called the “TIX” system. It gets really old school there, it’s reminiscent of an old school nickel-arcade. Oh and hey, that’s another thing, you can play as long as you want here! For free! It is easy to activate the mods once you’ve got some TIX. The boosters unique to the theme of the machine with little logos, and they have unique features.

With the mods, I now have the high score on the Space Frontier machine. Suspension of disbelief here, but wahoo! The more ding ding, light flashing, kerchunks I can get, the happier I’ll be. I really have to emphasize how much fun this is to play without the quarter nags every few minutes. Yes, I understand it is more traditional to play coin-op machines, but free play arcades are very popular too. Also, who’s spending quarters on pinball machines when they are as scarce as purple bananas unless you spend a lot of time at the laundromat? No judgement.

Anyway, let me re-focus, what’s cool about the TIX system is it gives the player motivation to keep going. For unlocks on the mobile app, such as machine, a small purchase equivalent to the Steam price is necessary or you can purchase one game at a time, although you might as well just purchase them. No pressure though, there is plenty of content to mess around and make up your own mind.

The high scores are fake at first. I don’t think that’s a bad thing. I’m a hermit, didn’t I tell you? Really though, although the high score system is necessary for authenticity of many games, once anything goes high score on the internet (in my experience) there is usually some trophy award for some annoying cheater, who impossibly scored a one hundred bazillion point score. My point being, this is not really necessary here. I know real pinball aficionados too though, and sometimes one hundred bazillion is a walk in the park. “We’re not worthy!” ~Wayne and Garth, Wayne’s World.

Zen and the art of Pinball Reloaded

I love how much time I can take with this game and not feel overloaded, because it is just so chill. Stress has no rhyme or reason though, so if pinball is something that stressed you out, take a breather or just move on. There is no rush here for these games. And the more zeroed in on the machine you can get, the more you’ll get that slow motion Zen with the repeating patterns.

Just for the record, some of my favorite machines are Addams Family, The Simpsons, Doctor Who (the classic), and Indian Jones. There are a lot out there. For these types of games, you can always check out some of the pinball selections in Steam. These games are also nice for real pinball wizards who are taking a break from flooding their usual stomping grounds with quarters.

There are so many pinball games out there, I still look at one when I see it to see what theme it is, because that’s the other thing cool about pinball, it’s very pleasing to look at. For example, I think you’ll like the Wild West machine in Pinball Deluxe, because not only is it beautiful, but the background is a light stain of wood reminiscent of the face on an old guitar that somebody like Willie Nelson plays. I mean c’mon, that is perfect!

This kind of quality if all over this game though. It is amazing how many thoughts I have on this indie pinball game, and I’m so glad I have it now. Actually, there are two more titles I will cover, but I guess those will get their own as well!

If looking for a relaxing category of game without some of the iffy stuff and something you can Zen out on, grab some ‘za and play Pinball Deluxe: Reloaded. If you’re wondering if this game can live up to the legacy of the pre-install Pinball game on earlier Microsoft Windows systems, it is up there, with its own charm to the table!

Thank you so much for reading MrDavePizza.com. I don’t write a lot about pinball but I do love it, and other games, which their are plenty of reviews from throughout the site. So have a look around! Thanks!