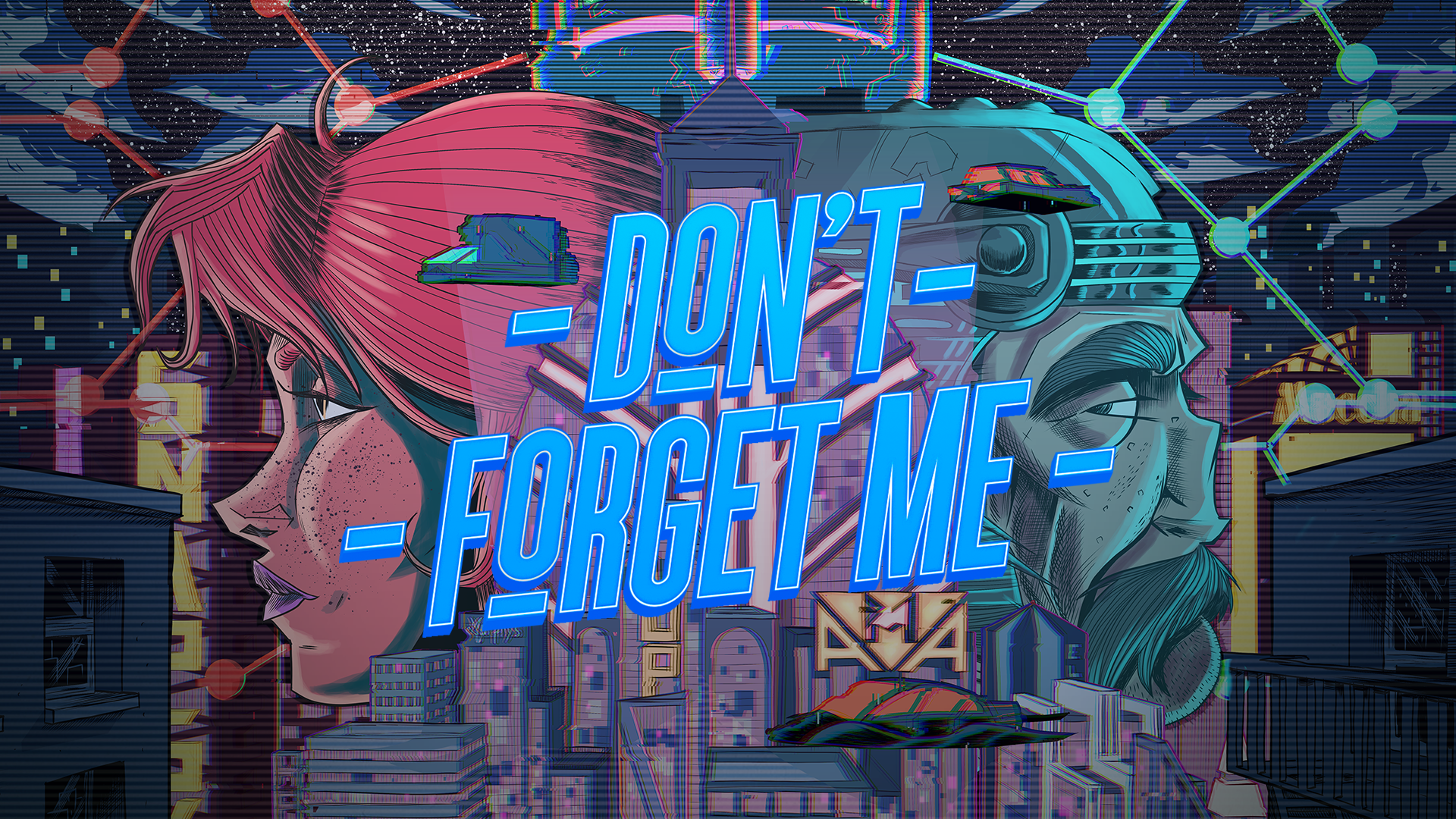 Don’t Forget Me is a pixel art, narrative investigation game about two cybernetic specialists, memory copiers to be exact. After a client visits their clinic, they find themselves in a complex situation involving government conspiracies and secret technology. The game is slated for release on April 15th, and gamers will find themselves playing a game with excellent art and unique mechanics.

When I first encountered this game, I thought about some similar theme stories or picked up on them. One is The Lathe of Heaven, a science fiction book by Ursula K. LeGuin, and also Eternal Sunshine of the Spotless Mind, a 2004 movie starring Jim Carrey and some other popular actors. Cybernetics is a common science-fiction theme and has been since its conception. I’m comfortable contending with you that Don’t Forget Me is a very unique and very neat game based on my test!

Plug Me In, Plug Me In But Don’t Forget Me

The demo is about 20 minutes long. I’ll need to check in on it later, after the release. What I am seeing from this demo, however, are some pretty sophisticated mechanics already. You start off in a sort of lab/clinic luminescent and high-tech with a vaulted ceiling, plus an amazing future cityscape out the window. It is bright and approachable. You are Fran, an assistant in the lab, and Bernard the technician of the lab. Actually, Bernard is sort of the computer/technology guy, and Fran seems to be more of an empath, she helps patients chill out. Obviously, those skills go quite far in a world like this.

I mentioned Eternal Sunshine of the Spotless Mind because conceptually, that is similar to what is going on here. If you haven’t seen that film before, it’s about an organization that sells memory removal services. The plot is driven by recycling instances of Jim Carrey’s character falling in love with Kate Winslet’s character, over and over. A bunch of weird hallucinatory-level experiences segues from phase to phase of the experience. It’s quite good, actually. The similarities appear to be cosmetic only though.

So, to expand on that, Bernard and Fran copy memories in their lab or examine memories. It doesn’t appear that they ever engage in the process of erasing anything.

How Does Don’t Forget Me Work?

The learning curve is not much of a hurdle, very intuitive, although things are explained as you go along. A patient comes through the door and Fran tells the patient they’ll be done before she even puts the mask on. The device looks pretty much just like a dentist’s chair of some kind, with wires coming out of it and a face mask apparatus. Fran eases the patient’s concerns and they send her on her way in no time. Kinda cool, seems like a good gig!

The story changes dramatically when a new client in a panicked state visits the clinic. Fran has to try to calm them down. Unfortunately, this stranger seems to have a slew of dangerous memories and forces, Fran and Bernard, to search all his memories.

This introduces one of the mechanics of the memory reader in the game. Keywords or concepts based on clues surrounding this stranger are typed into a high-tech visual mapping interface. What were the first things he said, what did they notice? That sort of thing. Fran types words that might unlock the mystery of what’s going on. Government/conspiracy. Those work.

It’s a really interesting mechanic. I want to say it’s sort of like the game NetHack, but that’s probably horribly wrong. It’s a thing I’ve seen in games, where you type things to make more complex things happen. Typing games? Yeah, that’s probably it, that’s such an inadequate description for it usually though. It’s a great way to an empowering a player though.

The guy recruits them into his shadowy mission, and that’s about where it ends.

Oh yes, there was one major thing I didn’t mention. This game is described as having a jazzy bebop music theme in the story. There’s a brief mention in the demo. I am not sure exactly what that will entail, but I did enjoy the music in the game and I love jazz. I love jazz/future combos because I feel it is always timeless yet anachronistic. Cowboy BeBop attests to that success, and I’m sure there are others.

I implore you to consider this game based on the artwork alone if anything, but also the story! I certainly believe this game is a winner in many departments, thematically atmospherically, and in character development. I’m going to need to know what happens now. It certainly could be bold if this slice of the final game were unmatched, but considering the release, I have the feeling the developers, “The Moon Pirates,” are on top of it. There are a couple of tantalizing screen grabs of the full game on the Steam page, a good place to wishlist!

I’ve been noticing a lot of popular cyberpunk games showing up on the indie scene. This is a nice direction. I really am going to get around to trying 2077 at some point, but there are plenty of fun worlds popping up. That said, there is more impetus for developers to step up their games in this genre. I’m sharpening my pixel art skills whenever I can. I featured another pixel art cyberpunk story game not too long ago called VirtuaVerse. Don’t Forget Me looks really good too though, in a really pleasant way. I wish I could say what it reminds me of, but I can’t place it, which probably actually means that it’s an art style that my brain recognizes for its pleasantries. I’m on board with that one.

P.S. If I haven’t told my history with cyberpunk hundreds of times, I started with Neuromancer decades ago and have evolved into a bit of a cyberpunk geek. Most teenagers probably aren’t jamming out on William Gibson’s hyper-contemporary marketing diatribe fiction like I was, despite the glitzier Sprawl era. That said, there are a couple of things to always consider in a cyberpunk story. One, the man is always oppressing even if they got rid of the man. Two, the future is only a reflection of the present society in cyberpunk. Third, anything is worthy of fictionalizing, especially in games.

Okay, that’s plenty of coverage on the Don’t Forget Me demo. I think this will be a fun release when it comes out. I will post a Steam link in here that updates itself. It’s obvious there is a lot more story, so as I mentioned earlier, add it to your wishlist!

Thanks for reading MrDavePizza. I review quite a variety of games, be sure to check out the IndieDev section if you liked this article. And be sure to wishlist and check out “Don’t Forget Me” on Steam.

My Cup Of Coffee: A Visual Novel Review