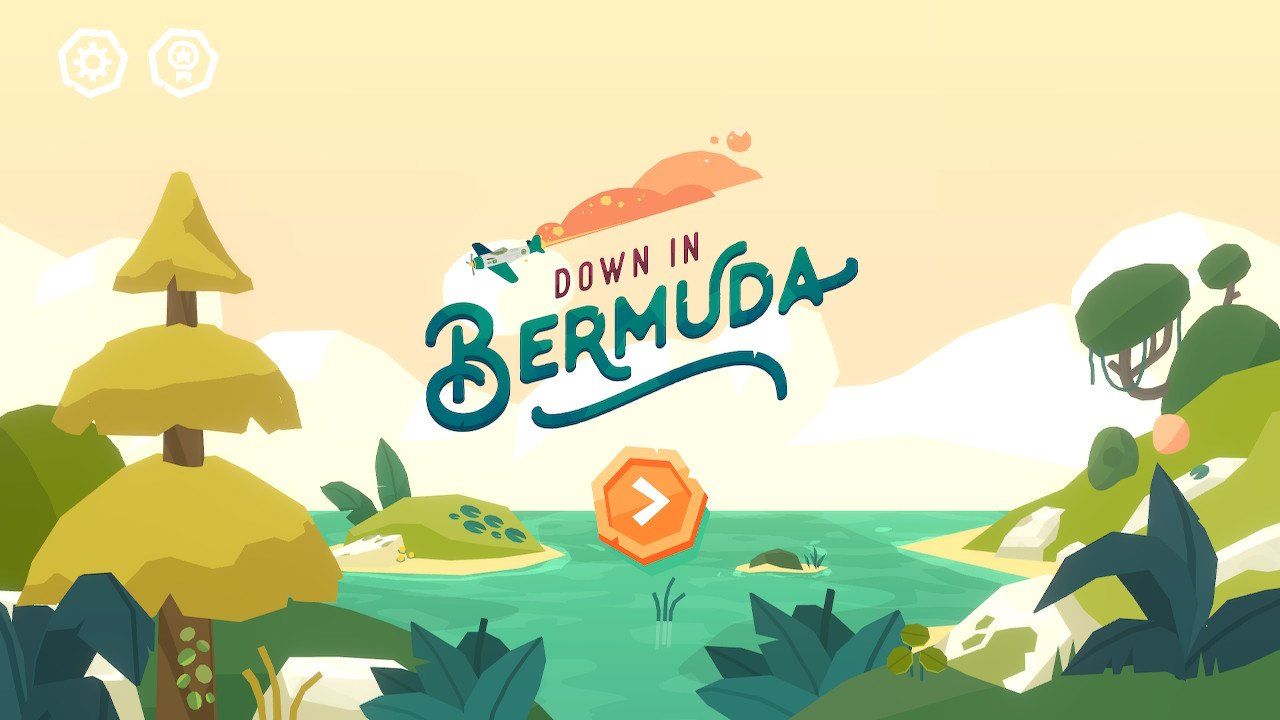 Yak & Co released Down In Bermuda catering to the growing indie cozy fanbase Q3 of 2019. Yes, this game is over two years old, but with the occasional mega discounts, from time to time and continuing interest it’s cognizant to explore. It’s still relevant, fun, and cozy–indeed. The level of a-ha moments in this puzzle platformer is suited to YouTube, Twitch, or wherever you want to turn a gathering into a chill hangout. And even as much on your own, whether it’s the hunt of unlocking a puzzle on intuition alone that interests you or the pastel color stylizing, it’s certified enjoyable. With cool color theory islands and cool low-poly characters, this game offers contemporary and relevant gameplay for the new wholesome/cozy gamer base, which fits in right at home here at MrDavePizza.com.

Whoopsy Daisy: The Story, Does it Matter?

Down In Bermuda starts with an adventurous aviator, named Milton, nosediving over the ocean in a tumultuous storm. Non-stressful, existing only for an exciting intro to what is mostly a completely patient contemplative rest of the game amongst fun island buddies.

In summary, you’ll be solving puzzles involving light orbs, hidden temple-esque ruins, and various logic puzzles involving shapes and experimentation. After you have acquired enough of the see mystical light orbs, portals will allow you to hop to a new island in what I suppose is an archipelago like common in the tropic seas.

Even in the first two levels, solving puzzles can take a little exploring to figure out the type of game this is. While, the orbs are clearly visible once you’ve located them, along with relics, there is virtually no guidance on what to do. At the same time, puzzles which you do unlock, will be rewarding and so logical when you’re done. Down in Bermuda feels personable and whimsical. Maybe the next orb will be right in the open, maybe it’s a clam, or maybe you’ll turn the first wheel to the right and push a lever to the left. You’ll figure it out.

A Few Suprises in Down in Bermuda

In puzzle games, often it is the case that actions that you take do not necessarily hold any sentimental value aside from unlocking a new area. Indifference here is fine, but the thing is, the puzzles are super fun. Plus, the occasional quirky character shows up regularly. So, no need to feel alone, but no need to learn any backstories and such either. Had I not been able to solve the hidden object aspects of the game on my own, maybe there’d be nothing to say. You’ll learn the pacing of the game soon though, which is complex but forgiving.

There is one story that takes place in the game. As you may judge from the photo of the pilots in the above gallery, Milton is some sort of military aviator, and for whatever reason, he goes from being a young man in the intro to a hunched over long white-bearded character in these islands. It’s safe to say that not only are the island in Down in Bermuda part of Bermuda, but particularly the “Bermuda Triangle,” that paranormal legend of a place where navigators seem to vanish from time to time, or so the lore is. So, that does account for the mystical, magic, or bizarre aspects of these locations–if need be. Try to think of it as more of a template for doing cool puzzle stuff though.

Anyway, that’s about it. Really. Puzzle games are definitely worth investigating here and there, but as the main gameplay, usually, for the sake of this website, it’s are they fun? And how does it look? Both do well here on Down in Bermuda, it’s really pleasant, so I’m on board with what have been some pretty positive reviews out there, and am confirming it with this one. Head over to the MrDavePizza.com homepage to find other reviews and tons of content. Thanks for visiting, and please come back. No seriously, get back here.

Celeste – One of the Best Platformers Ever