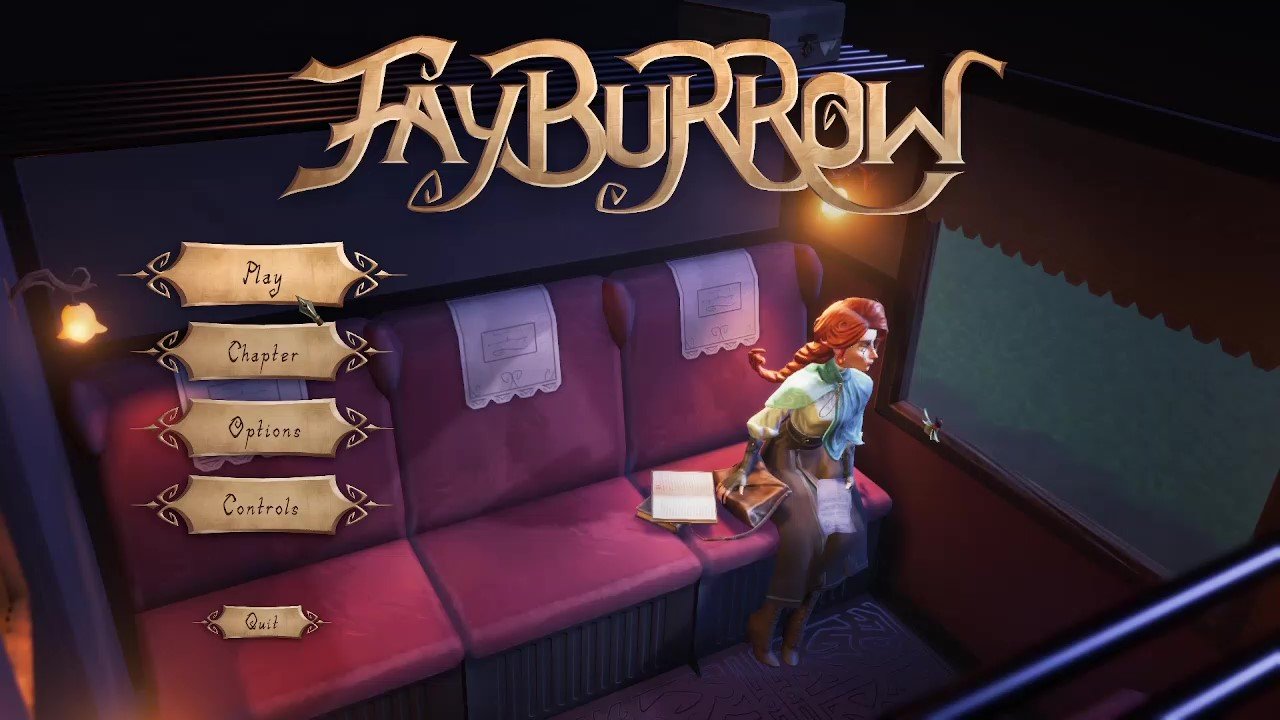 Today, I plunged headfirst into the free games pile of new releases over on the Steam store. On my arrival, I discovered a cozy little visual novel among the listings called Fayburrow, and I decided to take a look at it. Fayburrow is a free game created by the self-named “Fayburrow Troupe” at VIA University College in Denmark. It just hit the Steam store today. What was first intrigued, turned into a fascination with the conjunction of such delightful graphics with a genre I have not covered in far too long! So, after downloading, I fired it up and took it for a spin at the courtesy of the game’s student makers and you dear reader. Let’s take a look at Fayburrow.

With a gorgeous intro on a fantastic Victoriana-style train, the story starts with a letter from Agnes, a childhood friend, presumably at an academy. The world is a mix between steampunk and a fun fantasy-themed style within a substantially, open world. Upon arrival, you, a red-haired Anne of Green Gables type character named Beatrice, and your companion fairy Lu, wander through a small village with Stan, a young jack of all trades, to be led into a very pomp academy/mansion of sorts.

The academy seems to be where Beatrice has spent her youth learning under the wing of a warm cast of faculty, information of which is revealed through player exploration. Agnes hasn’t been seen in days, the suspiciousness of which is unclear.

You collect clues around the academy in the village by interacting with characters, investigating items strewn in suiting places, and maintaining a detailed journal which is pretty much always accessible. Piece clues together to discover the nature of Agnes’s disappearance.

Additionally, the presence of fairy/fay companions in Fayburrow is the norm rather than the exception.

Incidentally, my crew over at IGCollective had a field day with the game called Grow not too long ago. I was not able to get in on that one personally, however, the graphics of Fayburrow remind me of what I saw of Grow combined with the delights of one of my favorite games Fable–in other words: cozy, pastel, and folky.

This is a nice cozy game with some real muscle to the dev process shown, and frankly, with some tweaks, it’s ready for market probably. And I really want to emphasize the Fable thing. While the narrative is super low key, this is one of my favorite aspects of playing student games. Every time I see something grand from such projects I feel snug as a bug in trying them out because there’s a certain charm to playing something ambitious and homegrown like other student games I’ve tried.

It’s perfectly suitable for those cozy lovers out there. It was a treat to see such beautiful graphics on a visual novel that was provided for free. I played into about 20 minutes of the game, but the trailer assures much more exploration beyond this. Way to go Fayburrow Troupe for putting this together, and welcome to the game dev world. Occasionally games like this end up going even further on the market, such as it did when I reviewed Beasts of Maravilla Island. This game is just what I need though, and I encourage you to check it out, Check it out and share with friends, I think this one is a lot of fun

Thank you so much for reading Mr. Dave Pizza. Be sure to take a look around the site and please come back!