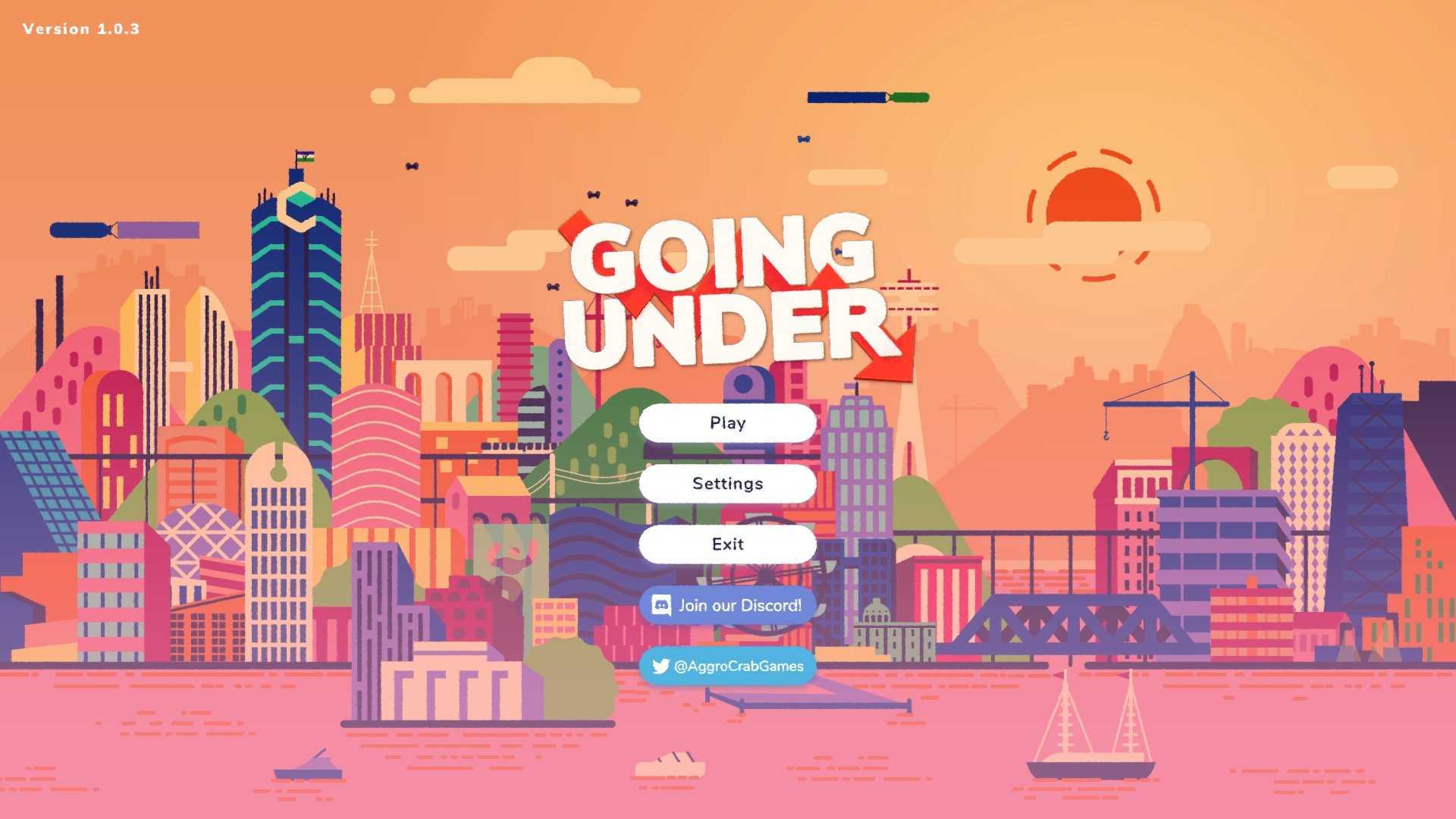 Going Under: Internships are Heck is a stylistic, colorful, satirical beat ’em up from Aggrocrab Games. Here we go again. I am officially hooked on Going Under. Snagging it quickly on release day, I have some observations on what this is all about, and I like it. Mainly that it looks great and is very tongue-in-cheek hilarious in addressing some very thematic cultural themes in start-up businesses.

What the fizz’ is it?

So what is this game? Jackie is an intern for a Pacific Northwest soft drink startup, Fizzle, that works above a basement of dungeons. The dungeons are full of adversarial cute monsters. So, is it supposed to be scary?

Not really, in my opinion. For me, the hack-and-slash gameplay is appropriate, because it highlights how disposable the stereotypes of the fast-and-loose business world really are, which adds up to some pretty great satire. It even gets a bit silly with the countless weapon options ranging from bones to ping pong paddles and weird cartoony weapons that lend themselves to the situation.

Did I mention that this game is absolutely awesome stylistically? I’ve never seen anything like it before, but it just makes so much sense. It definitely takes advantage of how startups tend to obsess on flat graphic websites near ad nauseum. The music is really great too. Half the time that’s enough for me, there are some wonderful components to this excellent game.

Epic jesting in Going Under

If you live in a big city, you are familiar with these types of companies, and there will be some serious humor to pick up on straight away. Like the second basement filled with re-animated skeletons guarding a bunch of cryptocurrency server racks.

Also, the bosses, as in final level bosses, are actually supervisor bosses! If that’s not wit, I don’t know what is. And don’t worry, I was scared witless when I jumped in the tube slide from the office there, but overall this game is pretty chill. Actually, I don’t think there is anything in this game that I’d call scary.

I haven’t spent a whole bunch of hours conquering all the basement levels. The fact that I can go from borderline skepticism to full-on enthrallment with this says to me there’s something here. I’ve been exploring more and more this stylistic movement which I say is “flat design.” Going Under gets to mix together with other tags like colorful, low poly, cartoonish, etc.

Whatever this style is, it is here, and it is catching a lot of gamers’ attention.