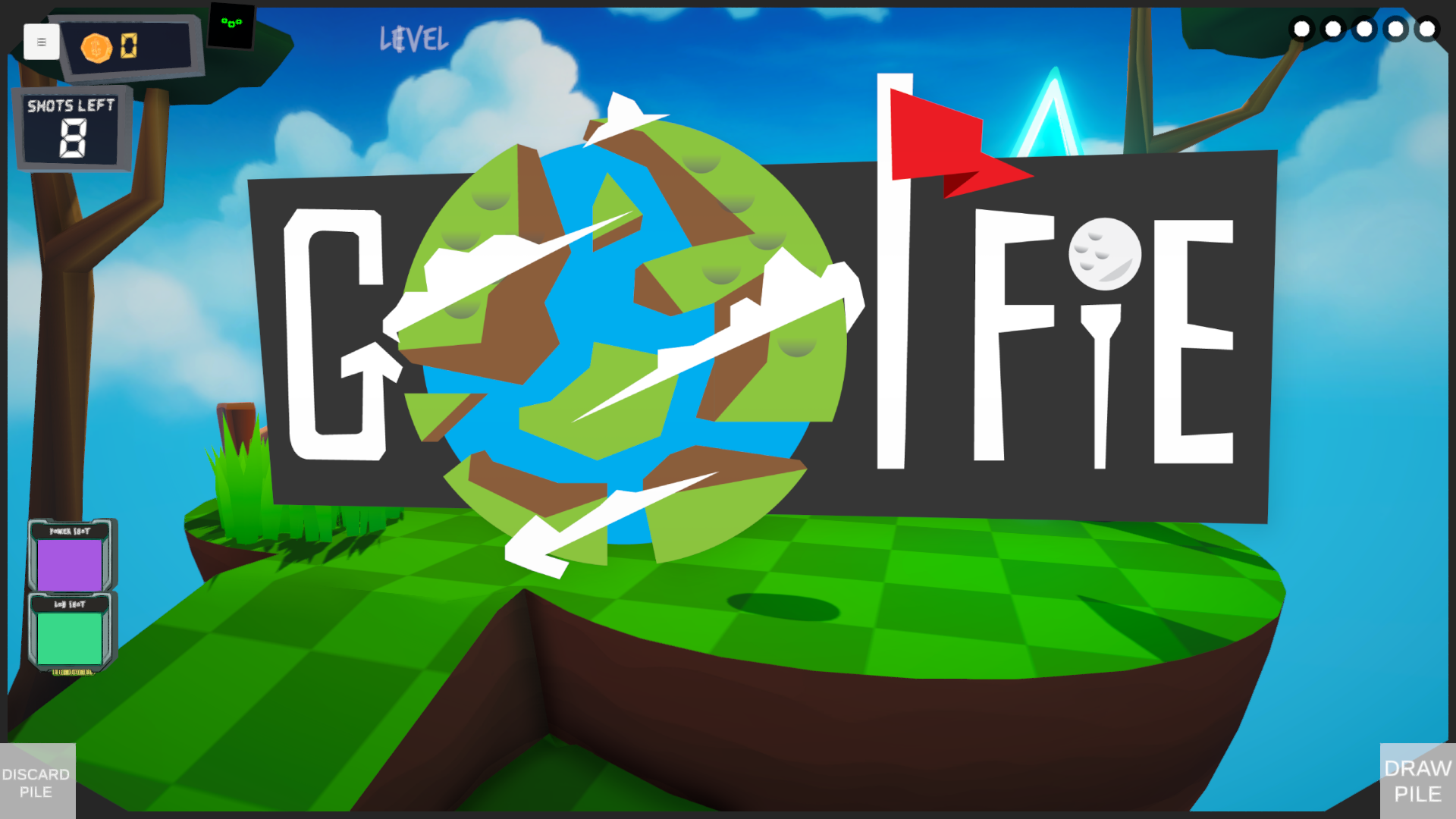 Golfie is a new concept game from Triheart Studio labeled rogue-like deck-building mini-golf. They’ve just released a demo, and I was able to get a first-hand look at the game and its odds and ends. The environments are pleasant, the gameplay fun, and I’d love to see more down the line.

I had to doubletake the genre with all those tags, but it’s a neat little game that actually maintained my attention quite a bit. The deck-building element was a double whammy because I know nothing of these things! Once again though, this feature is implemented in a really neat way as well.

So there is plenty to observe and plenty and say. I think you’re going to take an interest in this one, it’s not your regular golf game. Let’s get started!

This showcase was made possible thanks to a press copy from TriHeart Studios.

So, just about every golf/mini-golf game has this one feature that makes or breaks it. This is the directional movement line that appears when you drawback on the golf ball/club or whatever instrument is used. This is here. Within this one ability is the primary benchmark of how the game works together with the deckbuilding system. Deckbuilding is what it sounds like, but it’s not building a deck on your house. You collect ability cards and use them to boost your performance in the game. I observed around 4 cards in this preview copy. Lob High, Power High, Magnetic Draw, and Repulse Object. They’re pretty effective and necessary to play the game.

There were three or so areas I tried. One was regular floating green with standard mini-golf obstacles and objects. One was kind of a tropical island place. And the third was a lava dungeon hideout place that was totally rad. If this aesthetic could keep up through the dev stage, this game is going to be perfect fun. And judging by some of the other stages in the press kit, TriHeart has some awesome ideas for this game.

Along with the music and eye-catching levels, there are a lot of things I like here! The music in Golfie is rather enjoyable. Also, I love the floating course islands as they remind me of the Ready Player One intro logging into The Oasis. Personally, I tend to cheat at mini-golf when I get the chance, but I did alright here! I was worried the controls might not be refined enough, but they were quite smooth and intuitive.

I think there is an aspect of golf games that is intimidating to descriptors, but I feel there is a lot more to this than just a standard golf game. It is encouraging to note that features and levels in Golfie combine dev-designed stages along with procedural generation. In every new game these days I’m seeing “procedural generation.” There is a lot of neat stuff you can do with it, from the dungeons of Going Under to insert-space-game-here experiences! I think it will work quite well here too.

Most of all, a pleasant game of mini-golf can be found in Golfie, and I encourage you to check it out!

So, those are my thoughts on Golfie. Check out the Steam link below for more info on Golfie. There is supposedly a demo to be posted soon, so watch for that. And thank you again to TriHeart Studios for the demo. There will certainly be more developments down the line.

Also, thank you so much for reading Mr. Dave Pizza! I am so happy to bring these games to you throughout the week and catch you on social media. I really appreciate your support. And you like what you see, please have a look around as much as you like. And do stop by again!