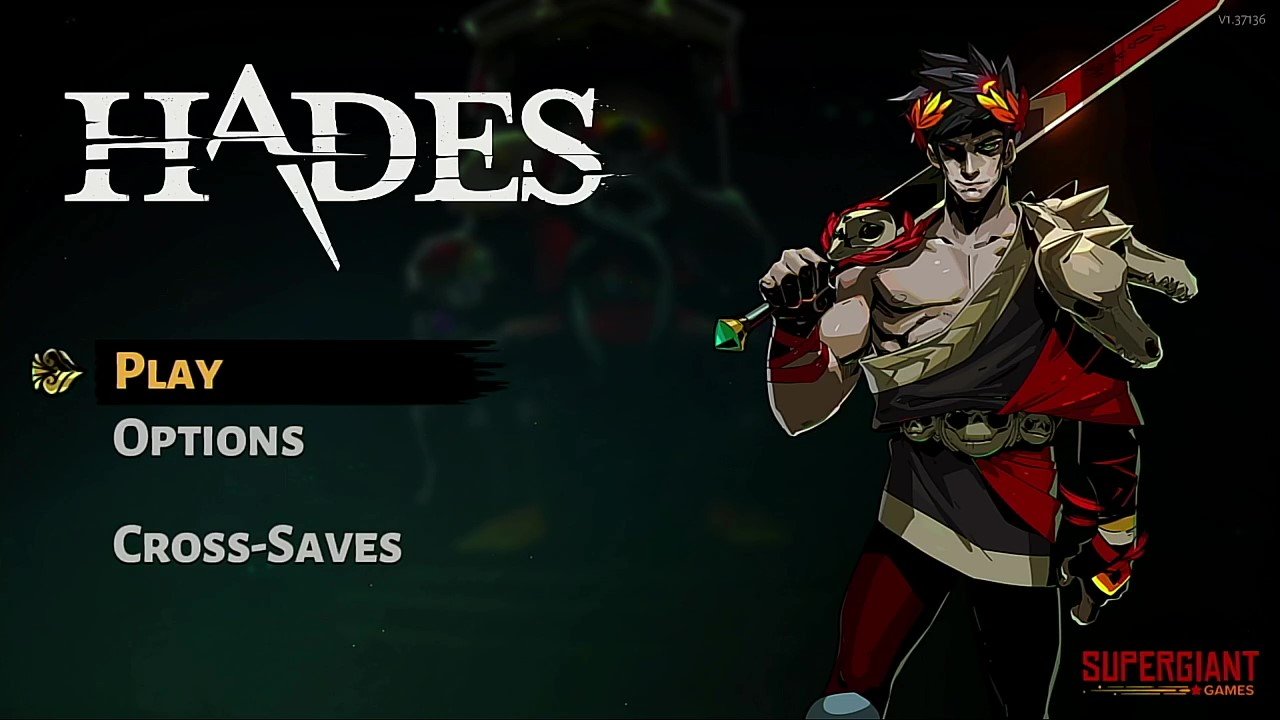 Hades, the countless award-winning indie rogue-lite from the makers of games like Bastion, is everywhere including Nintendo Switch. The game is a procedurally generated beat-’em-up in the underworld realm of Hades itself. Play as Tartarus, prince god of Hades, in a simply brilliant gameplay idea involving fighting through chambers of monsters in an attempt to escape the realm of Hades itself with the help of gods and goddesses of realms below and above.

I hesitated for some time about playing this game. It looked sinister and nefarious, all until about the time I played Bastion. These games are very similar. Brilliant story, art, music, and dialogue; isometric perspective, and good ol’ button mashing. Also, whether you’d consider this game sinister seriously depends on your own perspective. I’ve grown up being aware of mythological stories from Greek/Roman/Hellenism. Most of us probably have, although maybe not all aware of it.

Really though, I did hesitate. The idea is pretty creepy and scary. These themes are not for everybody, and I encourage you to have an open mind before trying this one. It is a very cool game though, creative, and does not cross the line in a way that is distasteful. Why do I feel I have to say this? To understand mythology you have to accept that there is something a little serious about it. Yet, this game is pretty darn playful and amusing, and I like that.

The start screen and music are such a relief. I wondered if it would be some harsh instrumental from some horror game. It’s very nice though, very nice indeed. Create your save file then just jump in. I did very little research on this game before I played it. People call it endless, but I hadn’t realized it was procedurally generated. These games have a good hook because you might start off thinking wow this is really hard and is going to take forever. But as you run a dungeon and realize it’s basically not rated or anything, you’ll realize this still isn’t easy but it is not as intimidating nor is it impossible.

Dialogue with goddesses like Nyx or the god Zeus are fully voice acted and really really sound in their impressions. In fact, the impressions of gods in Hades are so good that it is like an expansion of the mythology itself. I know that’s a whole thing to say, but it’s not the first time this has happened. The Hellenistic myths are a living metaphor anyway.

If you want to get into mechanics, the fighting is pretty straightforward. It’s just button-mashing as far as I can tell. You’ll discover treasures and rewards for clearing out chambers or in the occasional merchants spread through the underworld (this reminded me a lot of Going Under.) Sometimes the mobs are difficult to maintain, and sometimes I went straight through them. You’re going to have to keep racking up those rewards to progress though.

I may not have discussed one of the weirdest mechanics in this game. Your progression is somewhat dependent on Tartarus dying. Over and over and over. I wasn’t sure whether to be amused or incredulous about this, but it does actually take the pressure off casual gameplay. Each time you respawn back in your home, a palace populated by specters and gods, there are places to upgrade or learn more about the game.

I think this game is probably more suited to those who are intrigued by mythology and the macabre. It’s not really scary, but emerging out of a pool of… er… well, stuff, each time you respawn was not my first expectation! It does look really cool though.

If you take this game seriously, it will reward you. This is certainly one of the best games I’ve ever played on Switch and it shows that not every Switch game has to be goofy or lite-hearted. And it feels so good with the Switch pro controller. So many gamers have played this game by now probably, but I wanted to see what it was like and tell you about it. You will not have spent your money in vain if you purchase it if you think it looks really cool-it IS really cool! So, until then, this cathartic realm awaits.

I hope you enjoyed this review. Thank you for reading MrDavePizza. As usual, have a look around, I’ve reviewed many games and will continue to do so.