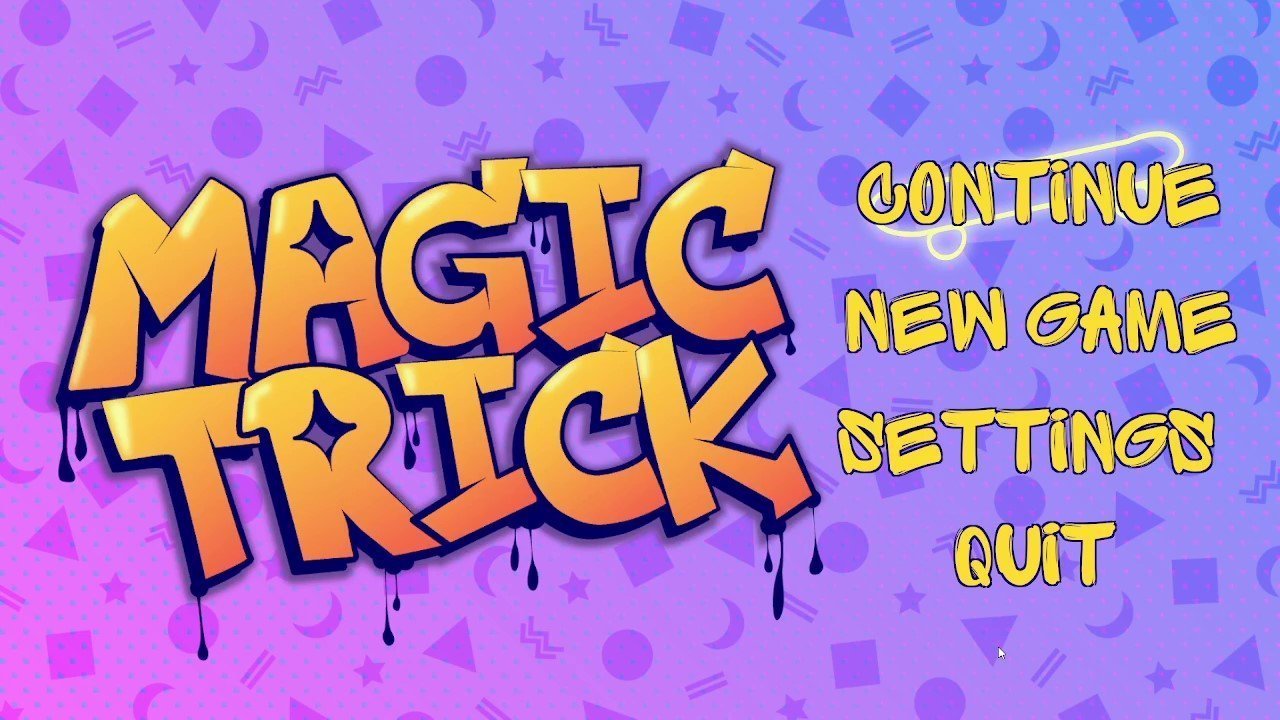 Magic Trick is a 3D first-person skateboarding game that combines elements of popular wholesome achievement games with a skateboarding theme. It is rich in cotton candy pastels, low poly maps, and anthropomorphic characters to interact with through each island. You can play this game with a controller or keyboard and mouse.

The storyline is driven by skateboarding objectives of traditional moves like ollies, grinds, flips, and jumps. It is a fully released game and exists in the realm of dev games that are available at a very affordable price mark for lots of fun!

I started off as Wiz Kid, a new skater on a floating island starting off lessons with skateboarding trainer Tony the Hawk (hehe.) There are a lot of stylistic choices that overlap with other games, but it is all very intuitive and respectable. In fact, a majority of the game experience has me thinking things like, “oh that is a clever way to incorporate that.” It is easy to wonder what the learning curve is for this game since everything is kind of at a pretty mellow pace, but I manage to figure it out fairly quickly and discover quite a few tricks then advance.

It helps a lot if you are familiar with the gameplay of the classic Tony Hawk Pro Skater games on N64 or even the updated version that was released this past year. I’m actually tempted to just talk about that because there are so many memories of that game. I know there is a documentary about it too which I’d like to review sometime because I have such great memories of playing it. I think this is one reason why I like Magic Trick so much.

Magic Trick: Back to the Grind

In extreme sports games I’ve played before this, there generally seems to be a discovery on each one that the best way to build scores is to button mash and blast around the course. Then comes the sobering moment when I realize that this really adds up to meaning just about nothing. Magic Trick actually rewards you for actually making an effort in solving its obstacles. I really love one of the first obstacles that involve placing a pinpoint on a grind, so you can teleport to it over and over and over to unlock the series combo. That is definitely new.

There’s something I need to address here too. ANIMAL CROSSING. Yeah, there is definitely a major Animal Crossing kind of thing going on here. And it is really cool! I love the way the characters look and honestly, it’s cool to see these types of characters in a genre I also love and is different. It’s up to you if you how much you want to compare them, but that element is there.

Some Thoughts on the Wholesome Aesthetic

Since about early last year I started seeing what I think of as the “wholesome aesthetic” everywhere. I do actually love it, and so do a lot of people! I’ve said it before, but a lot of gamers, especially new gamers, are looking for something to relax with. Part of the reason Animal Crossing was so popular is this generation just needs a safe place. I think you could just as easily find that in a game like Tony Hawk Pro Skater, but with the cozy graphics and low-pressure atmosphere, this works too; plus it’s $3.

At the same time, as much as it seems like the market is overflowing with this stuff, there is still a TON of potential for indie or solo developers to work with this aesthetic. To have this type of game with an actual learning curve for something fun, that’s where the sweet spot is if you ask me. I write reviews regularly, it’s sort of random, and it changes all the time. I would love to play more games that are casual, short, interesting, and relaxing.

Skateboarding games are very enjoyable as a casual game style. Maybe you’re the same way. After I solved the ollie, I explored a tad more. It is a very short game, which is not bad. You can probably unlock all the isles fairly quickly unless I am missing some major aspect of the game. You’ll find it for a few dollars on Steam. It is a solid, completely finished, polished game. I highly encourage you to try it out if you like what you see here!

Anyway, thank you so much for reading MrDavePizza.com. I’ve got plenty of content planned, so check back regularly. I hope you enjoyed this review. If so, have a look around, there’s plenty to enjoy!