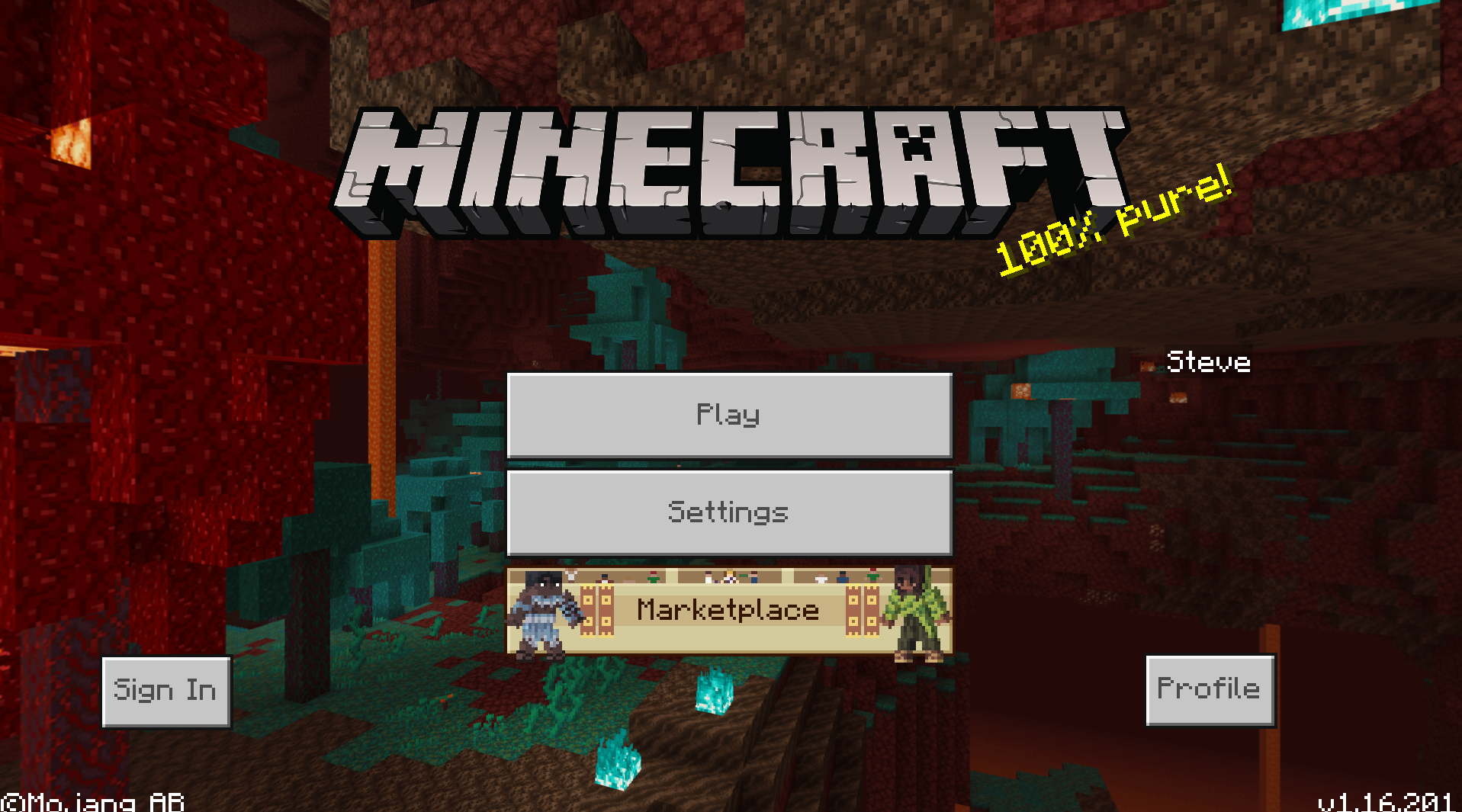 Minecraft rocks. It blocks and rolls. I first played this game around I want to say 2009. People in my social circle were going bonkers for this game. Or “bonkies” as I now want to say, but that’s unrelated. I was really hesitant because it seemed to short-circuit my interest in sandbox gameplay with how I felt about low-res graphics. It’s basically still that way, but this is one of the most popular games ever, so I return to it frequently.

Chop Down Trees With Ya’ Bare Fists!

Ah, yes, a glorious sunrise in Minecraft valley amongst the idling cattle, rolling waters, and orange pattern of rain among my hermitic existence in the randomly generated terrain. Don’t watch too much there, you might notice that I can’t remember what I was supposed to do with all this stuff.

There is definitely stuff!

If you answered yes, then I will try and give you some tips. First off, relax. Also, if you need to relax you might want to try creative mode when you first start the game. There are two modes, survival and creativity. Survival is kind of a more action-based option.

In the survival version, you must quickly create a barricade out of some materials of your choosing. Otherwise, you’ll be head-to-head with some rapscallion creatures of the night. I personally find this option kind of creepy although it is more engaging and probably a majority of what people play unless they’re creating artistic terrains to share.

One reason this game has been so successful I think is because if you look beyond the cubes, or maybe embrace the cubes, you can pretty much do everything in this game. It’s got content for strategy, casual play, farming, artistic, social gamers, and roleplaying. There’s an amusing scene in Ready Player One, in the movie as well as the book, where a nod to James Halliday’s Minecraft World in his digital universe, Oasis. Yes, this game was in a major motion picture. This game is huge! Literally and figuratively.

Do You Want to Minecraft?

I hear that there are copious populations of Minecraft fans that play this game every single day. They’re probably reading this guffawing how of course they do, no big deal Mr. Pizza! It’s okay. I can totally see why, I just don’t know if I’d ever be able to create enough objectives to keep going. I respect those who find it to be such an outlet though. That’s amazing.

If you want to go survival there is a vast weapon crafting system allowing you to combat heaps of mobs for reward. The more exotic materials you collect and craft, the more sturdy your gear becomes. Last I heard diamond is one of the toughest materials you can find. And you find the diamonds by mining into the Earth. You can also create tools this way for mining the earth. Or you can even make tools out of wood. You start the game with nothing but yourself. Do you see how this is all tying together?

Minecraft For The Times

The creators of this game figured out something very early on in this development. If you make the mechanics for a game so simple that they seem primitive, you can actually make them very, very, very open to new interpretations. I’ve seen some pretty crazy stuff. Miles of rollercoasters slide through lava-dripping caves and then up into the atmosphere. Complicated electronic demonstrations with lever-based physics. There’s even a project to recreate a scaled representation of the planet Earth! Wow!

Just this past year, a totally new Minecraft concept was released on console and PC called Minecraft Dungeons. It is a dungeon crawler RPG that takes place in the Minecraft universe. I totally intend to try this. I don’t always gravitate to this type of game, but it just seems inviting and fun to look at. Its ESRB rating is the same as Minecraft so, it might work.

If you’re ready to take on the world of Minecraft, I wish you well! It could last hours, days, years, or minutes. You will have the sound of punching dirt in your head for days after your first go. Not everything is certain at first. If you do need help figuring parts of it out, I highly recommend The Official Minecraft Wiki. I just wanted to do my part here by telling you my stance on Minecraft. It’s a brilliant concept and I think it’s going to stick around. You can find it on most platforms, which are all perfectly suitable. I encourage you to try it once though, this game is an epic classic.