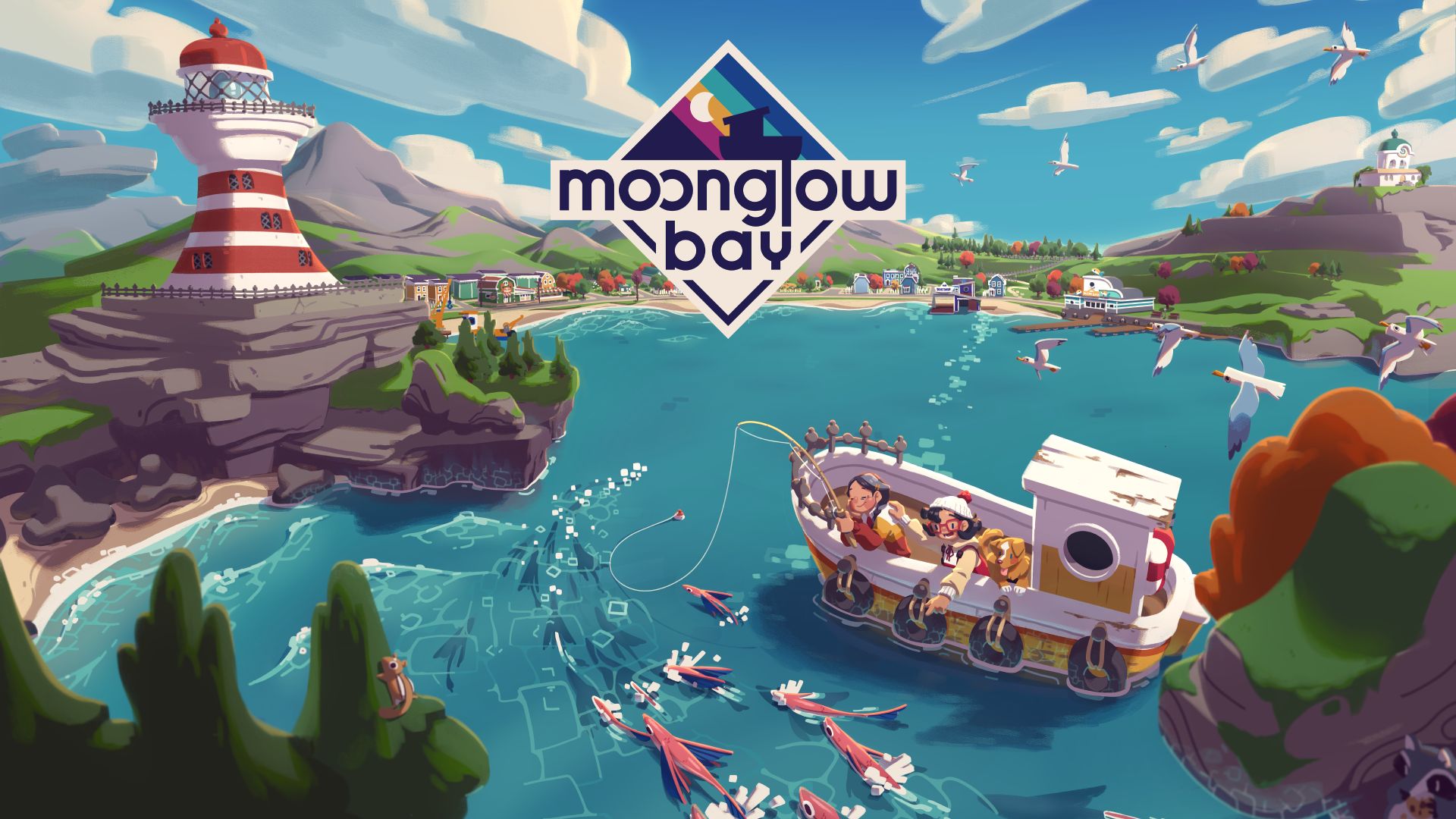 I’m a big fan of fishing in games, but even more so a good story involving it. Moonglow Bay has done it. It’s a story about a retired fisher getting back out there. It is also about settling a community’s superstitions and getting back to the foundation of their livelihood.

The story takes place in a traditional Eastern Canadian seaboard fishing village in the 80s. It is otherwise perfectly afloat in its conventional timeless qualities. I related to this game on a personal level, but it floats my boat on multiple. Let’s see.

The gameplay runs about 22 hours for the main story, and there are many quests and achievements to unlock. The main mechanic of the game is fishing of course. But cooking and exploration compete for the next rung in its structure. It is currently available on Xbox PC Gamepass in addition to traditional sources. So, if you’re just wanting to check it out and not necessarily commit to the whole story, that’s one way.

Anyway, there is a checklist of things to talk about with Moonglow Bay, so let’s get started.

So, just a personal note. My ancestry is very Canadian. That alone is rather broad and inconsequential, but there’s more to it. Before the pandemic, I spent two summers in Nova Scotia and the surrounding Maritimes. Many of my relatives were from areas like the fictional Moonglow Bay. Even today, being there is like being transported to a hidden world, although it’s been accessible for some time. You don’t see many schooners and fishing villages where I live now, but life there is captured flatteringly by the fishing sim I am writing about.

For one, people really do stick together in these communities. And it was exciting for me to experience it in the game. Whether or not that occurs for you is okay, because there are tons of things to love here. For instance, just look at this fun voxel design scheme.

Beyond sentimentality, here are the facts. Moonglow Bay is a 3D voxel-style, third-person, fishing-sim/RPG. Voxels are those things that look like a combination of pixel art and LEGOs. You can find them in a lot of games these days such as Cloudpunk.

Fishing and cooking are fully interactive. Although there are tutorials for basic mechanics, most things are learned through exploration and discovery. Honestly, the fishing is really compelling in Moonglow Bay. It only takes a few tugs on every bob before it sinks and you reel in your catch using a combination of reeling in the spool and yanking into a specific direction. I really enjoy the controller support for PC, and if you have one or find it on the console check it out because it is so much fun to fish using one.

Other Things to Know

The fish vary from your average pollock to more exotic catches once you get your boat and set out to sea. So, once you catch the fish, then what? Well, it depends on what you’re going for. If it’s money (which is wittily denominated in shells,) then cooking and selling is the best tactic. The kitchen in your home has a fridge, chopping board, sink, and oven that you can use to prepare various recipes. I really enjoy the interactive quality of cooking, because it is fairly simple to figure out but based on skill. On a controller, it’s all about timing a button or analog stick in time with a timed range of the step in the cooking process.

Once you successfully cook something, you can sell it from home for shells that will propagate throughout the day. Use shells to buy more equipment, which catches you more fish, which you can use to cook or complete quests, help the town–both, or all three.

A Word on The Patch Improvements For Moonglow Bay

Microsoft did a really great thing by putting this on GamePass, since its original launch had a few issues for some people. There were reports of people getting stuck and having issues with the keyboard/mouse. It has since been patched, and in my opinion has very few issues, although it is on the shoulders of the players to explore and learn to complete tasks, as it has always been. After the learning curve, everything is pretty much smooth sailing in my opinion.

For the record, I have only played this with an Xbox One controller on PC, so I can’t testify to anything regarding the keyboard/mouse issues. The only part of the game that I didn’t use the controller for was choosing my character’s name. Otherwise, I think it deserves to be classified with full-controller support because it pretty much has it. (And if you’re concerned about bugs, just make sure to save one or two copies of your game frequently.)

And that’s all that needs to be said about that.

I am so glad I was able to try this game. It’s been on my radar for the past year, and the Game Pass is an affordable way to try it out. I love being able to get into the games and just… write. Or record, stream, whatever your approach is too.

Overall, it is a superb fishing game. I’ve been playing fishing games on the computer since I was a kid, but it didn’t stop when I was heavily into other RPGs, because it has always been the most novel side-quest of those games! I’m not so much into actual fishing now, but I have a respect for the real and simulated varieties. It’s my blood, I guess.

Thanks for much for reading Mr. Dave Pizza. This article was a lot of fun, and I’ve definitely got more on the way. If you’re interested in acquiring this game, I’ll post the Steam link below, but it’s all around, and even on Switch, so investigate it. Play it. Go catch some fish!