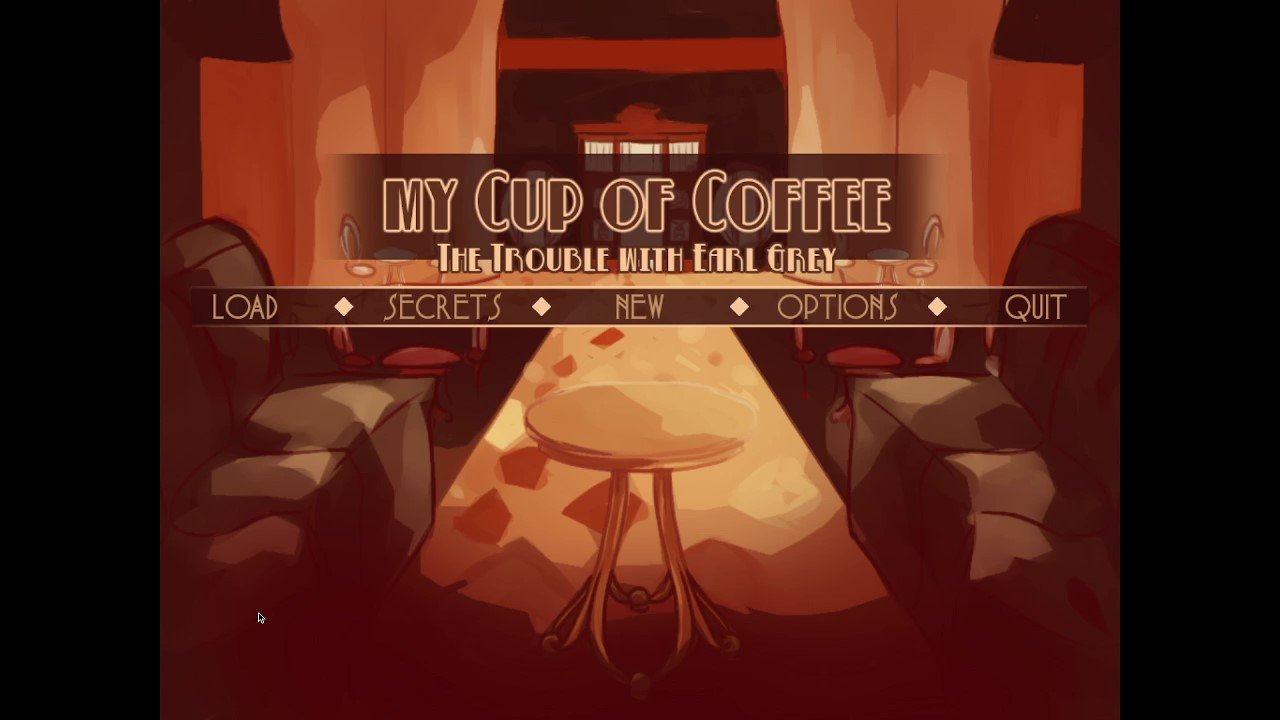 My Cup of Coffee: The Trouble with Earl Grey is a visual novel that takes place in a very imaginative turn-of-the-century coffee shop presumably somewhere within Victorian society. You play as a family apprentice of the coffee trade and you more or less are plonked right into days as a barista. The story revolves around a casual plot involving a group of customers known as the Grey family. Using clues from casual conversation, you are tasked to unravel the feeling of tension between Mrs. Grey and Mr. Grey and their maid as well.

My Cup of Coffee: In Context

It is definitely always my intention these days to explore these solo dev projects with a tone of casualness and positivity. The dev, Dreamgate, obviously has thought this game through and offered a polished project, which is pretty cool for a VN on Itch.IO! Pretty cool in general. I noticed in the credits that this game was made with Ren’Py, a traditional visual novel creation software. Well done! I’ve wanted to create my own VN for quite a while now and invested in some software on the Steam summer sale. I must play these games to understand what’s involved and frankly, it’s amazing what is possible.

There are around 8 ways I think for the game to end, meaning choice matters!

Gameplay in My Cup of Coffee

This is a traditional visual novel. You enter the scene, some backstory is given, a person enters, and you converse. As you converse with one person, then two, and so on, the story unravels. I like these because they’re really easy and give me a lot of room to focus on minutia within the story. Lady and Earl Grey, the married couple in the plot’s focus, are obviously named after types of tea.

Their maid, Maria Darjeeling a reference to Darjeeling tea as well. It’s a nice tongue-in-cheek joke about tea and coffee. (I hope the game creator/developer doesn’t mind me overanalyzing this swiftly progressed game!) Their costumes are bright and bouncy for a very light atmosphere. There is no real sinister motive from anything I saw, but the story does seem to put emphasis on a locket that Mr. Grey took from Mrs. Grey. I’ll leave that up to you to figure out, but my money is on the maid, Maria Darjeeling.

As a former barista, and literally drinking a cup of coffee as I played this, I’ve learned to enjoy coffee-themed games. Whether you are a fan or not, does not matter particularly, but I love that in one section you can choose whether to engage in a conversation or clean your machine. You’ve got to keep those things neat!

It’s a really simple game that’s nice to look at. If you’re looking for something casual to play a few sessions with, this is my pick at the moment. Luckily plenty of content for a regular-sized review. 16 oz or so, I’d say, although a demitasse would be fine. You can of course donate to the developer if you enjoy it and want to support their work.

So with that, there you have it. My Cup of Coffee. I want to thank you so much for reading MrDavePizza.com. Creating new content on a regular basis now, so please check back! I cover a lot of visual novels if that is definitely your thing, but all kinds of indie games and other topics as well. In the meantime, ‘za out!

P.S. I JUST found out that I can embed a link to Itch.IO games now, so be sure to check that out just below here!