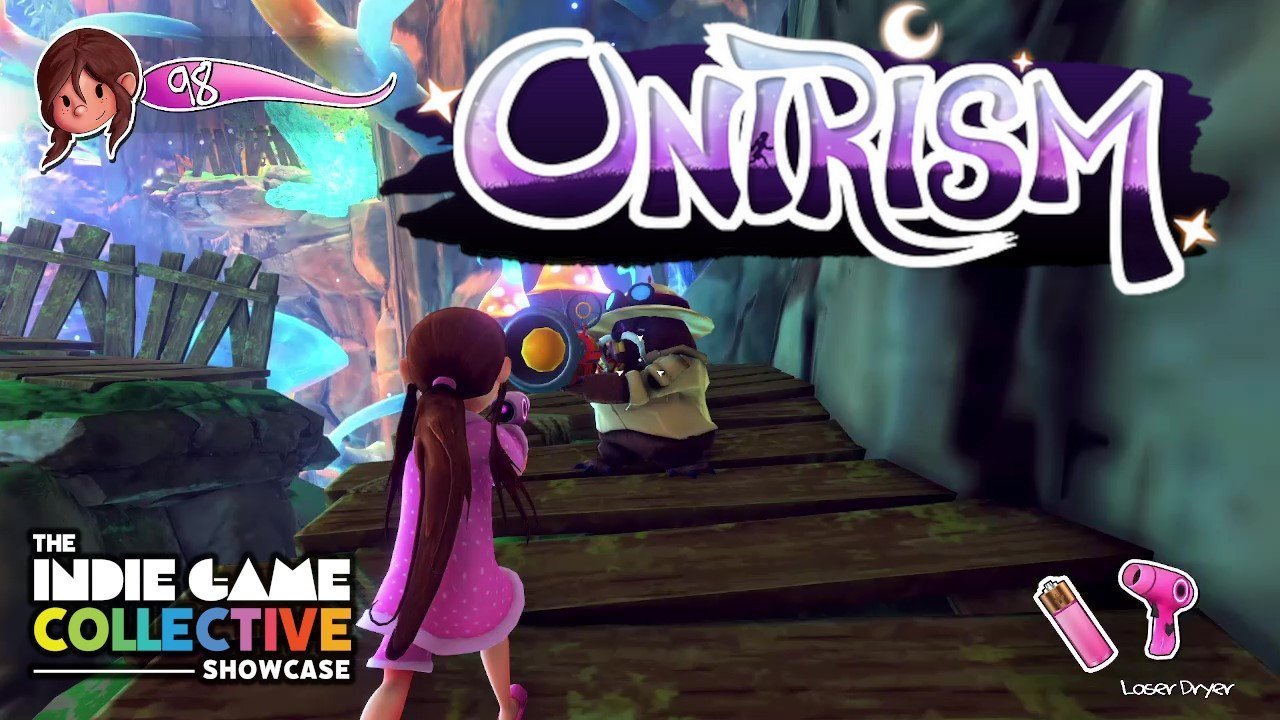 “Onirism” is a good example of another game where French indie dev teams are making games potent in fun and translates to a wide audience. This goes beyond exaggeration and is an interesting subject to me, but one which I don’t know a lot about. Regardless, I committed to this game, so I’ll take you through a brief but satisfactory run down of the world of Onirism. Additionally, the game recently received a major update and has a ton of new content. Let’s go!!

By the way, thank you so much to Indie Game Collective and the developers at Crimson Tales.

Gameplay And Design in Onirism

I have to admit, that Onirism is a pretty darn fun game. I mean, really fun. It has everything I’d want in terms of colorful environments. The mobs are really fun and creative. And the difficulty levels available are pretty inclusive. I had to do some exploration before I could figure out what exactly was going on though, and I stopped around the time I realized I had no idea where the gate key was and what I was supposed to do with it. This is a mere confession of wanting to get my impressions going though, the game moves you along quite nicely!

And you can’t beat warm glowing crystals and treasures lying around just about everywhere. It’s like a jungle full of Christmas!

Additionally, this game has some superb graphics quality. And if you need to adjust, the low graphic settings also look really, really nice.

How Far Will The Onirism-type Genre Go?

I’ve sort of noticed that people aren’t making games like this as much as they used to. Obviously, it takes a lot of resources to create a game with this much detail and environment/character art consistency. It sort of reminds me of the game A Hat in Time and some other youthful games floating around Steam. I think the Onirism devs are on a mission to create something which people can really get hooked on.

This game is incredibly family-friendly and that market is fluctuating regularly. This game exudes joy that any person could probably enjoy though. It feels almost suspicious that it is what it is to be honest.

It’s clear to me from the website and screenshots from Crimson Tales that there is a lot more to visit.

The game now boasts a robust multiplayer system too. I did not test it because multiplayer throws me into a tizzy usually, but based on the screens, this is a great game to go head to head with other dreamers using some colorful components.

If I was immersed in a world, an experience, as colorful and deep as this game, in the wild, I’d definitely be convinced to discover everything. The game emulates a dreamworld, by being… a dreamworld. It is a place of imagination, and full of scenarios that test you to see what you’re made of, no matter who you are.

That’s it for today’s highlight. I wasn’t sure if I’d been overloaded too much to be concise, it’s a pretty cool game and I recommend it. I have included a Steam link below if you want to try it yourself.

In the meantime, thank you so much for reading Mr. Dave Pizza. If you like what you read here, please have a look around, and please come back again. Until next time!

VA-11 Hall-A is the Ultimate Cyberpunk Indie You NeedApril 2, 2021
Fall Guys is Still Awesome and Now It's a Freebie on Nintendo SwitchJune 22, 2021
Subscribe
Login
0 Comments
Inline Feedbacks
View all comments