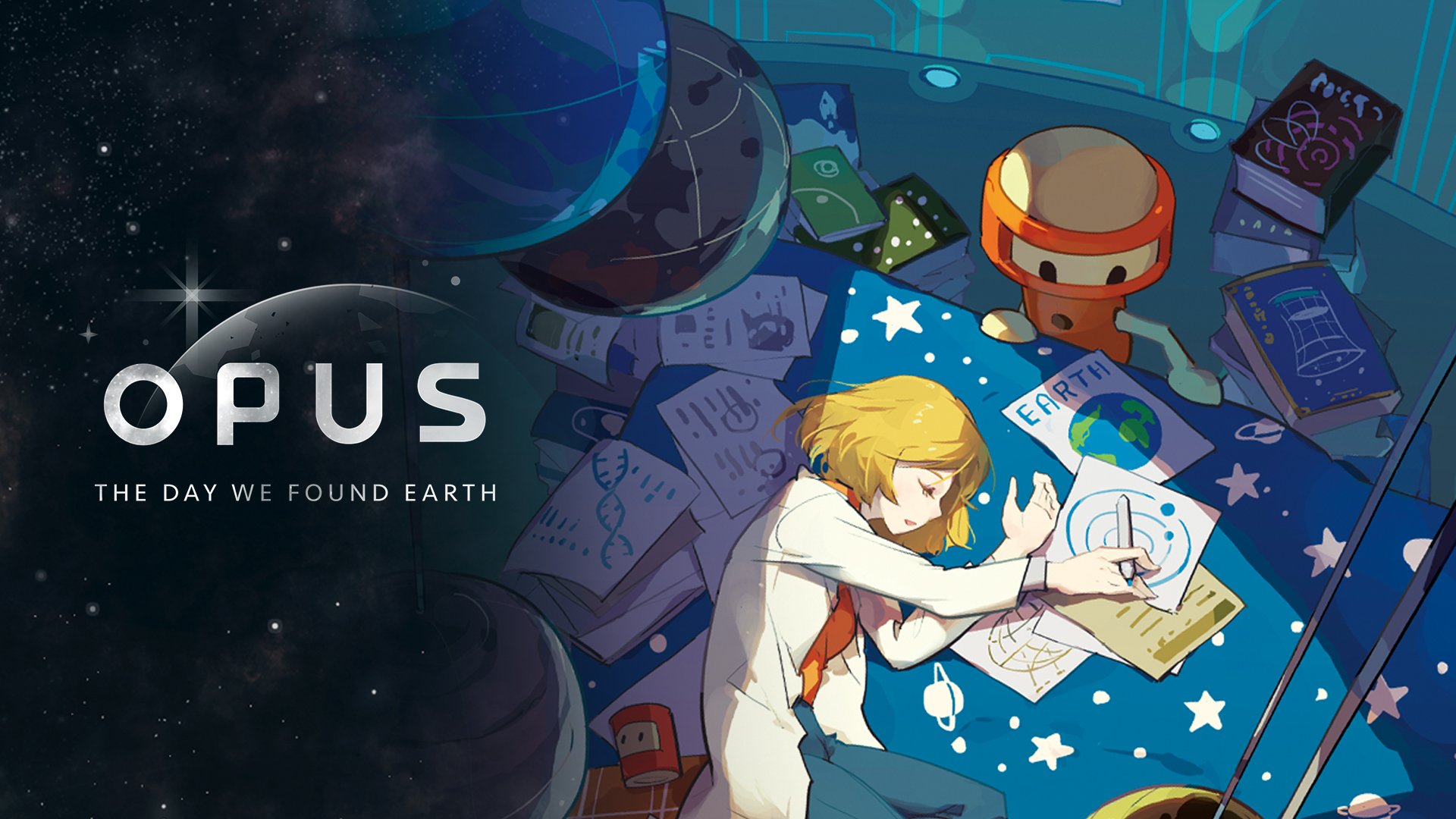 I think I recently made a comment that, as I get older, the more I make the heartbreaking conclusion that mankind will never explore the galaxy due to physics and entropy. What a bummer. What if we had explored it though? And what if we went so far that we couldn’t find our way back? That’s what’s going on in OPUS: The Day We Found Earth.

This game is now reaching 6 years old with a release date by SIGONO INC. back in 2015. As I write these, I keep finding games around that era that are absolutely incredible for some reason. Once again, the creators of my current topic here really created something beautiful, something ingenious

This type of story is not unfamiliar. If you think about stories like Battlestar Galactica you are probably very familiar with this idea. That idea is humanity is on a mission to find Earth again.

I’m not sure what it is, but there is something about this topic that people really love. Maybe something about survival? We’re all working on that task every day. I occasionally entertain the idea in my head of living star-bound in a life-spanning intergalactic vessel like Parzival in Ready Player One or Dave Lister in Red Dwarf.

I had to mention it because the hologram character, in physical presence at least, is a touch like Rimmer. Her personality and identity are completely different though. I’m glad because there is a lot more delicate sentiment here about genuine existentialism. (I love Red Dwarf though.)

This is not quite that story though. OPUS: The Day We Found Earth is about robots! Actually a robot and an A.I. and their existential journey. Depending on your philosophical convictions about self-awareness or animism or spirit, there’s a lot to think about. Their names are Emeth and LISA. Emeth is a robot who has the task of finding Earth. LISA is an A.I. Hologram shared in the ship computer’s memory, that is a facsimile of Emeth’s trainer, a doctor named Lisa. There’s a large gap in the story though, as one moment you’re looking for Earth and the next you’re awakened as Emeth way into the future, long after the days of human involvement, and the story starts again there.

Let’s Try It Out

I wet my feet enough to learn that this game involves life as Emeth the robot, in a spaceship that’s been abandoned, which is actually a giant Earth-like-planet-finding telescope. You’re entrusted with finding Earth, quite the task. If it sounds daunting, it is at first, but then it becomes fun. You interact with your creator a bit and her partner and get to work.

I knew there was a story from the beginning, however, I did not realize that I would actually have to procedurally locate Earth by scrolling around the galactic sky. It’s kind of fun when you find an exo-planet (a term that I actually know about that means planet outside the galaxy.) A meter comes up and measures the components of these planets and you can even name them! I named one Pizzageuse as in the real star Betelgeuse, the tenth brightest star in our night sky… and pizza.

As you awake in the future, your creator’s, the doctor’s, hologram shows up as a companion and leader who has the same task and lightens the load a bit but mostly exists to drive the story. Zooming in on exo-planets with a space telescope is fun but there is more to this game. Not a huge amount else, the searching is important, but it is only an element in a “human” story, a pondering, about… robots.

OPUS: The Day We Found Earth tugged on my heartstrings from the beginning. Even though it’s about robots, it really addresses some meaning-of-life-type themes. There is a metaphor for parenting, and I did a little research and it seems like the game might have an appropriate but very emotional ending. I like to have a little philosophy mixed in with my sci-fi, so maybe you do too.

The game won’t last very long, maybe a couple of hours. You’ll be able to grab it for under $5 most likely, it was $1.99 on eShop. There is absolutely nothing inappropriate about this game, but you should be ready to be hit with some serious topics packaged in this neat indie game.

If you want to play a game that’s as beautiful as Kurt Vonnegut novel but compatible with a mature but empathic film, this is it. This is Wall-E for grownups. And you’ll probably complete it in a couple of hours. Good luck. Robots are beautiful.

P.S. There is a sequel to this game called Rocket Of Whispers, which is an award-winning game as well. Here is my link to my review of that game! I’m glad I discovered this game’s existence, it is a game with incredible sophistication and so much integrity!

Check out more on the main page of MrDavePizza.com or check me out on Twitter at @MrDavePizza