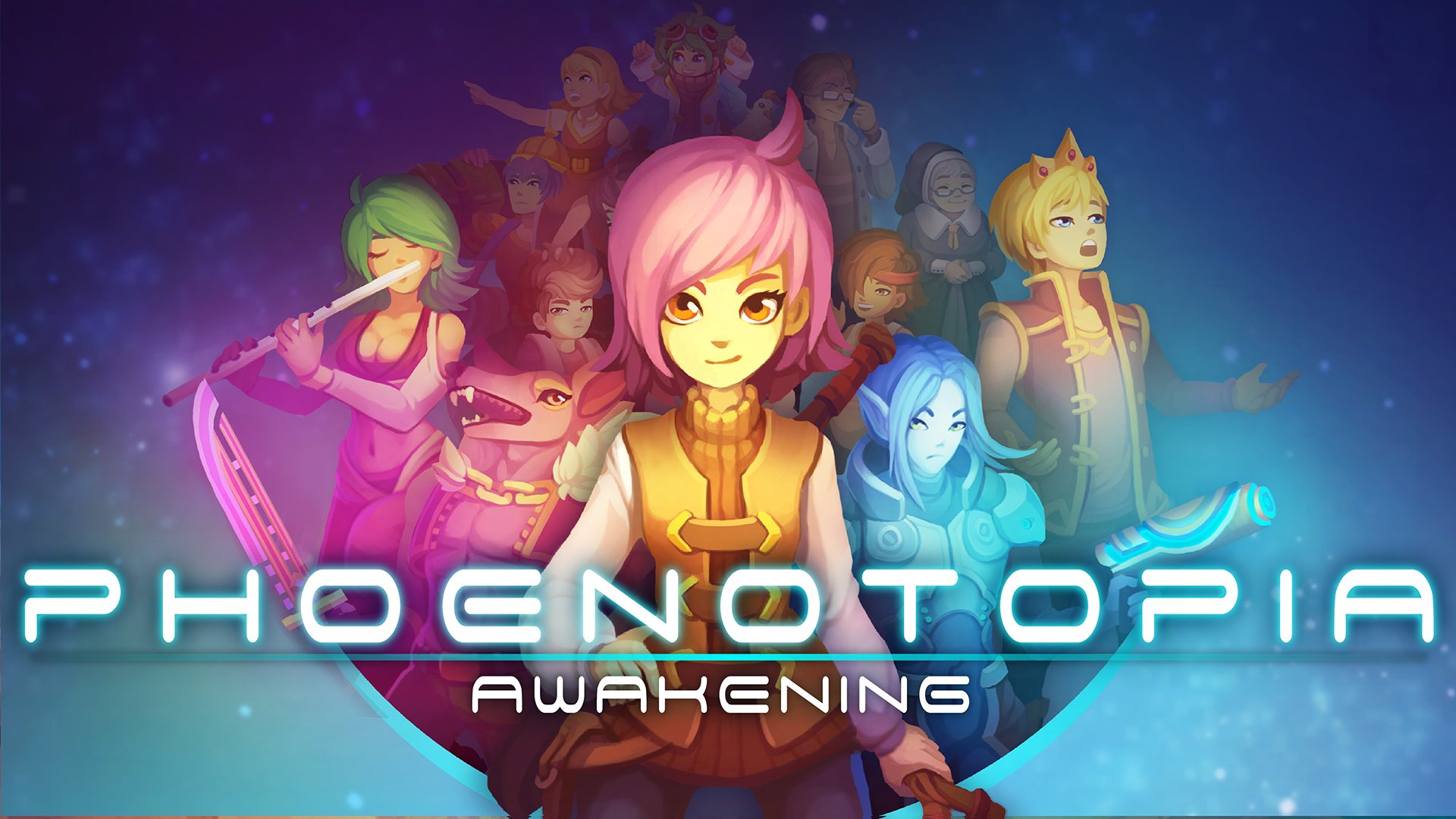 I sat down this morning, had something to drink, and thought, let’s play that really cool game that makes me feel good whenever I see art from it. Let’s play… Phoenotopia: Awakening. Heads up: this is based on the demo on Steam. There’s quite a bit of content in the demo though. Don’t contemplate the parallels of one or the other too much, at least for this review. Probably better to get the full game, yeah.

First off, I am so grateful for the demos that some of these game publishers are releasing these days. I wondered if the demo era was over, but after trying a few on Switch and a few on PC, it is really an excellent way to decide if you want a game.

I’ve been wanting to play this game since I first saw it. All of you developers out there are doing really good at making games that are nostalgic and innovative at the same time. I’m not talking AAA, I’m talking GGG. Good Game Guys. (Guys being a universal term here.)

The game begins with a fairly intriguing cinematic history lesson that’s sort of like that history of middle earth scene at the beginning of Lord of the Rings. Mythologies and craftiness merge for a beautiful world that unfortunately has been wrought with conflict for some time.

There are some pretty deep themes in this story! The last councils decide the fate of humanity. This game has emotional and philosophical depth. You’ll mostly be feeling pretty at ease throughout the experience. I love that. And I also love that I can play on super easy difficulty levels or super difficult difficulty levels. I generally go easy mode if I can when I try a game for the first time.

I started off in a village. I’m not saying pink hair one more time. I was there in the cozy quarters of her family, I think and was tasked to go get the children ready for dinner. They’d gone for a hike in the forest outside the city gates apparently. Man, what a pain, but this is how it starts.

I was really curious whether or not there was going to be any combat in this game since I played for a decent amount of time before it even became a topic. I’ll have you know I whacked approximately 5-10 giant frogs with a billy club before I drowned. I was playing on easy mode, so that was kind of surprising. Yeah, actually now that I think of it, it has been ages since I’ve played a game where the main character can’t swim. I’m not sure why, it’s actually kind of an interesting element of design, I know it’s not because the developers couldn’t implement it.

While I was playing Phoentopia: Awakening. the visual saga and ambient piano music carried me through. If I were the type to linger in games exploring every corner, I could do it here. There are details of things that were obviously thought out, but not necessarily vital. It helped me realize that I don’t need to think about other games to know what is going on in this one. That is some crucial storytelling through the use of the environment.

Phoenotopia: Awakening game was based on a game in 2014 called simply “Phoenotopia.” From all I can gather, most people are pretty content with this new game, especially on Switch. It’s not effortless nor without scratches and bruises, but the forests, villages, and creatures are all pretty pleasant and the puzzles are challenging but not impossible. This is a good thing because if you want to use your brain while keeping your chill sense of adventure, it’s all here.

I think you’ll probably want to see if this game fits in your preference of games, but it has a lot going for it. I’ve been wanting to try it since I first learned about it, but the demo enabled that opportunity. I like pink hair, I like Phoenotopia: Awakening, and I like games like these. More, please.

Thanks for reading. Explore more games at MrDavePizza.com.