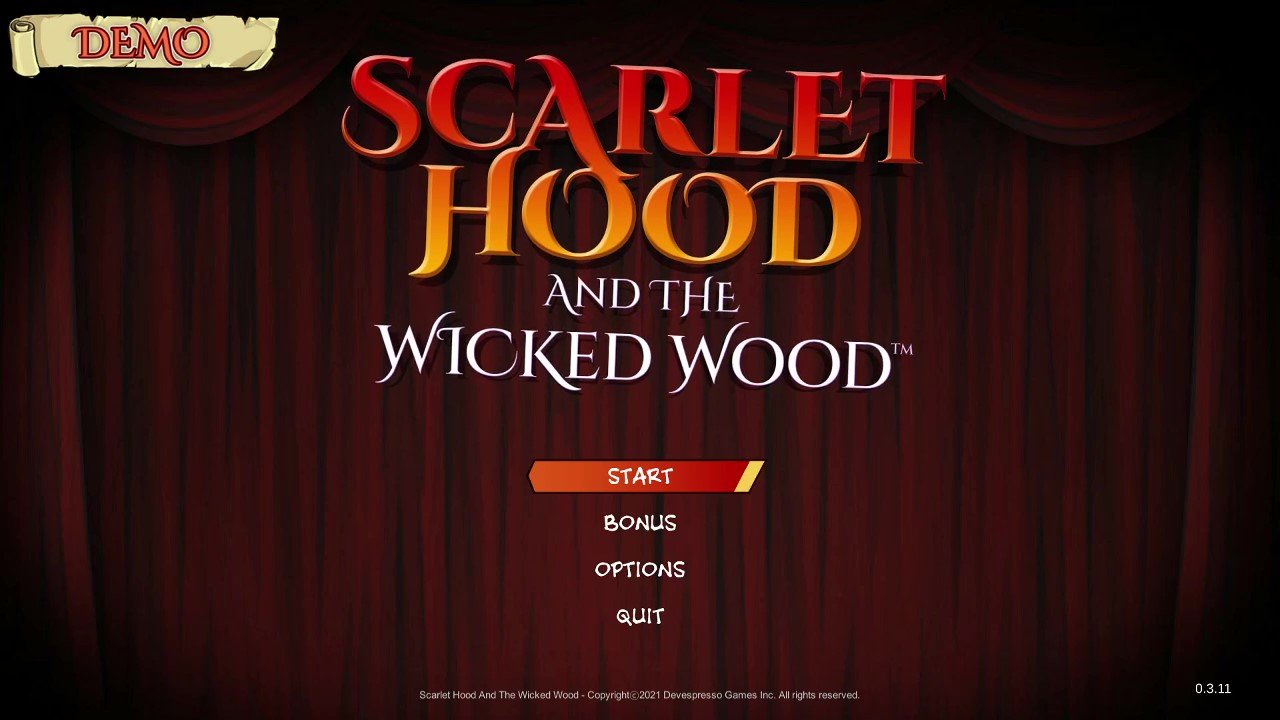 Scarlet Hood and the Wicked Wood is a new visual novel/interactive fiction game. The story follows Scarlet, a budding musician in an aspiring band of close friends. Start your journey on route to your band’s major performance at a club in the city.

Plus, explore the opportunity it provides with a heavy offer from the club’s boss. In an unexpected twist, you’ll soon find yourself, through unforeseen circumstances, in another world! This land is filled with popular themes from classic fantasy stories and solvable puzzles. Together, they all blend nicely into a one-of-a-kind story.

I’m so glad I gave this game a chance. I’m not very good at puzzles, but Scarlet Hood evenly spaces puzzles enough that it progresses smoothly. The game gets right back into the story elements of this game. Since this game is fully animated as well, it was actually pretty cool to see the characters move around and traverse back and forth to solve puzzle clues.

Although this is definitely an indie game, the quality of the illustration and dialogue is very impressive. You can even use a controller on it, which is practically unheard of for VNs! This is also, for the full version, a purchasable game though, so that is probably a factor, but still nice for the genre. Its bold use of idioms and colloquialisms is on point, and the writer and/or editor seem to have made sure everything is grammatically correct. This might not matter to you, but as a writer, I often look for this aspect of games I play with dialogue.

I really liked the way the tour bus drives along the interstate into town like a well-produced anime film. Lab Rags feels a lot like experiencing a vastly different theme but similar vibe to the animated film from Daft Punk called Interstella 5555. If you’re unfamiliar with that title, it’s an anime film from 2003 about alien musicians with the whole Discovery album as a soundtrack. All of the character art is beautiful too. When I wasn’t powering through dialogue, I took an extra moment to study the characters in the game. The same can be said of all the environments also.

The major plot twist occurs after the show. Scarlet travels down a road pondering the choice she’s been given about her career and her band. I never reached far enough into the demo to decide what exactly had happened. A strange glow in the sky seems to be at play in this Wizard of Oz plus Alice in Wonderland transition of surroundings. If you don’t follow that analysis, don’t worry, because this game has its own spin on just about everything.

Overall, I really liked all the scenes and transitions of this story.

If you want a game with well-tuned dialogue and fun interactivity, this game has everything.

I hope you enjoyed this quick review. Thank you so much for reading MrDavePizza.com. I review a lot of visual novels, but I also review other indie games as well. Feel free to look around as much as you like.