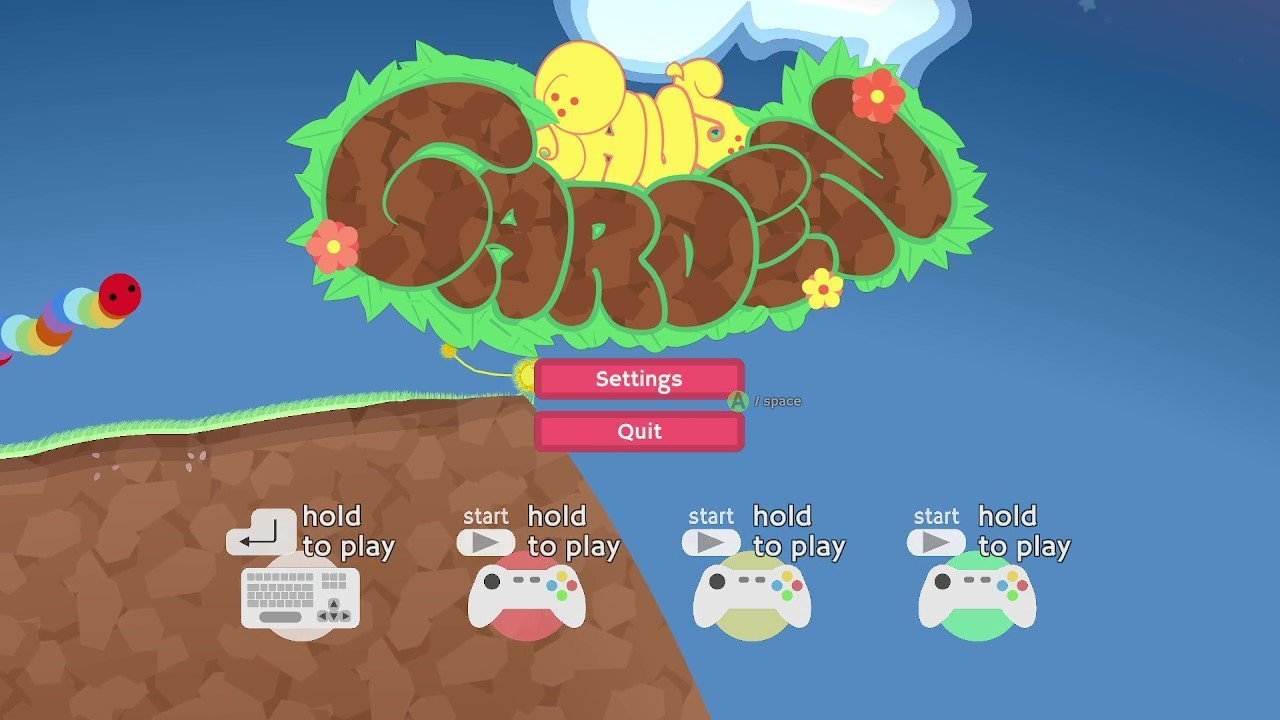 Shu’s Garden is a game that’s part of the huge Itch.IO bundle released recently. It is essentially an open playground experience, with no strict rules or goals. Play a little space cactus named Shu, a ball of shine with a friendly symbiotic tail that bounces around planets.

This game holds up well over time, and even without any clear direction or strategy, it is still quite enjoyable as a mini-session or even a tangential distraction. Let’s take a look.

Although perfectly unique enough to hold its own ground. Shu’s Garden reminds me of a game I reviewed some time ago called The Big Journey. That too involved jumping around rolling landscapes with little to no guidelines. A more meta-fantastic comparison, however, is A Short Hike. The similarity comes from a concept in gaming known as the “playground” genre. It’s not some big mystery or anything, speaks for itself. Basically, you just play to play, wander around, try stuff, and watch stuff happen. That’s exactly what this is.

When I first found solace in this genre is a time ago when I thought I have a full Switch battery, nothing else was possible, and I just need a distraction. Turns out, these games are very very therapeutic for situations like this. I did a little wandering just about everywhere. And when a goal of some kind occurs, you go about it how you like.

I tweeted a thank you to the developers even, because now I see why these games work. Incidentally, this reminds me of a story an Italian-American friend of mine shared of being on holiday in Sicily, and the only thing for entertainment was an iPod with one movie on it for the whole summer. Still makes me laugh. There is some parallel though.

Now. Just because I am saying that this game has no goals or scores or anything, doesn’t mean there’s nothing there. It’s a game of discovery. If you linger around some of the statues around the land and shrink to jump in just the right way with just the right button, you can get launched into space! A personal caveat, no idea what buttons really work, but just experiment.

This space mechanic reminds me a lot of Super Mario Galaxy. You kind of just leap from landscape to landscape through these statues, and you are imbued with various abilities. The first leap requires the investigation of a meteor that flashes through the sky.

The reward: I am enlarged into a massive space cactus so that I can jump so high I can land on floating space debris to travel between planets. You can do this as much as you like, although the special growth power times out. Also in my session, I had the opportunity to get a power that makes you jump as if you’re flying once you reach space, although still retains various jumping physics. Unique.

What a fun game, I’m glad today was the day to play it. I love to wait until I’m in the exact right mood to play something, and then just go for it. Not too much complexity here, but plenty to share.

I hope you enjoyed this article on MrDavePizza.com. I love indie games and a few other topics, so if you like what you see here, please have a look around and read as much as you like. Thank you so much!

Down In Bermuda is a Tropical Hidden Gem on SwitchJanuary 5, 2022
Figment 2: Creed Valley is a Vibrant & Unique GameDecember 16, 2021
Subscribe
Login
0 Comments
Inline Feedbacks
View all comments