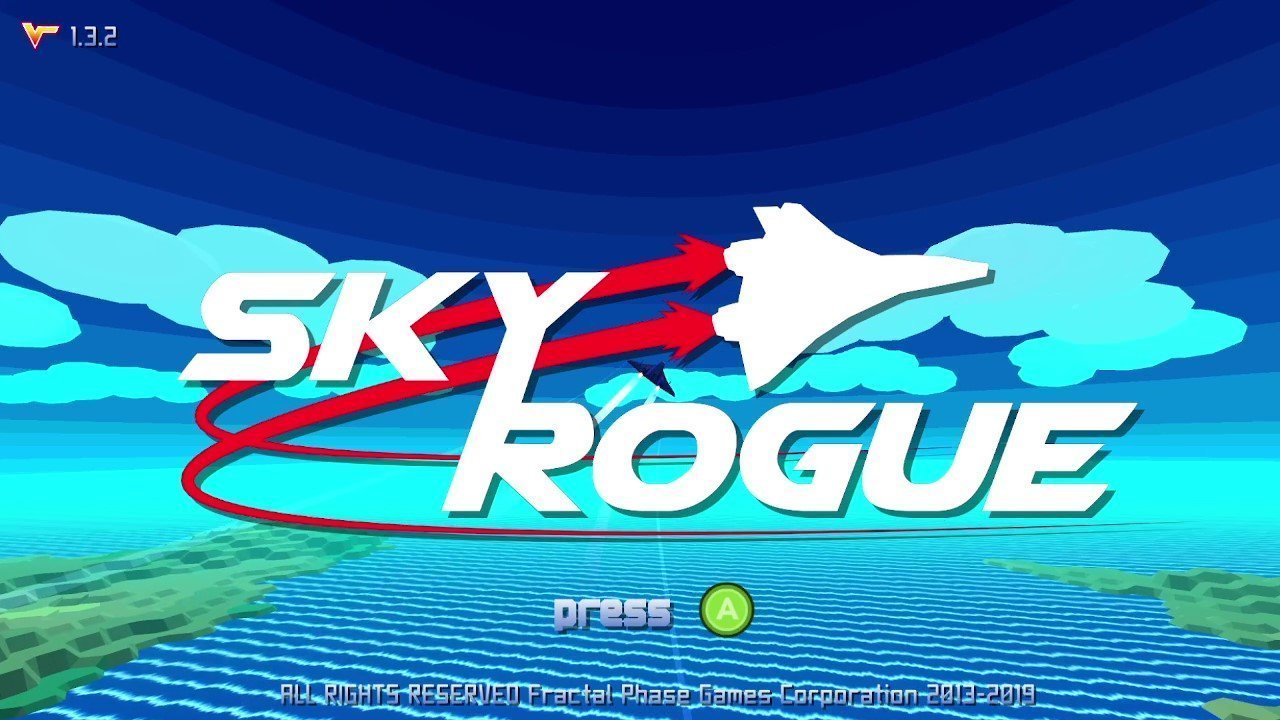 When I first started reviewing games, I wrote a list of flying games that I found intriguing around the time Sky Rogue first appeared on my radar. I feel like Sky Rogue has evolved from my first perception of it though. My own style is a bit different too since I’ve stepped out a bit more from my digital pacifism, at least on principle. Not much though. This is another game that has action-packed gameplay without being too coarse. I love Sky Rogue and I hope you will too. Let’s take a look.

If you’ve ever played flight-based video games, you know there are some underlying themes. Sky Rogue covers its bases with options for arcade controls or simulation style. I guess that has a lot to do with if you’re using a controller, a joystick, or a mouse and keyboard. Actually, it says so at the selection, but there it is again. I have played quite a log record of Flight Sim games, so I understand the accommodation and laud it.

Anyway, it felt really good on my DS4 controller, which is a good benchmark for general controllers (I researched this idea quite a bit, here’s a fine sample: Tech Radar DS4 Review.) The game is cross-platform, but I played it on PC which I play most of my games on–aside from my Switch. I know I just bragged about playing lots of flight simulators, but I’m not the greatest tactician with flight games these days. I don’t really want to spin around, I want to enjoy the flight and drink my ginger ale. Again though, it does handle well. And the tutorial I played is quite straightforward as well. It did take me a moment to realize that I needed to use different missiles for the land targets, but other than that I was quite impressed with myself.

As I recall now, the last time I played was a demo. That would explain why I was so enamored with the polish before my controller lost range. 5 minutes is all I need to determine everything usually anyway, so that’s totally fine. And you know I’m going to play more. I got this game as part of a bundle, so don’t sweat the nonchalance! This game is like an old friend though, and I can trust it to be there.

The videos and pictures up above are from my own session, but I highly recommend you check out this trailer as well. There’s tons of stuff in this game! As you’ll see, the varying design of levels is highly diverse too.

I guess I didn’t realize that this game came out in 2017. Woah. It looks better than ever though.

Thanks so much for taking some time to visit us at MrDavePizza.com. I really appreciate your readership, and as usual, encourage you to explore this site and read as much as you like, it’s free!