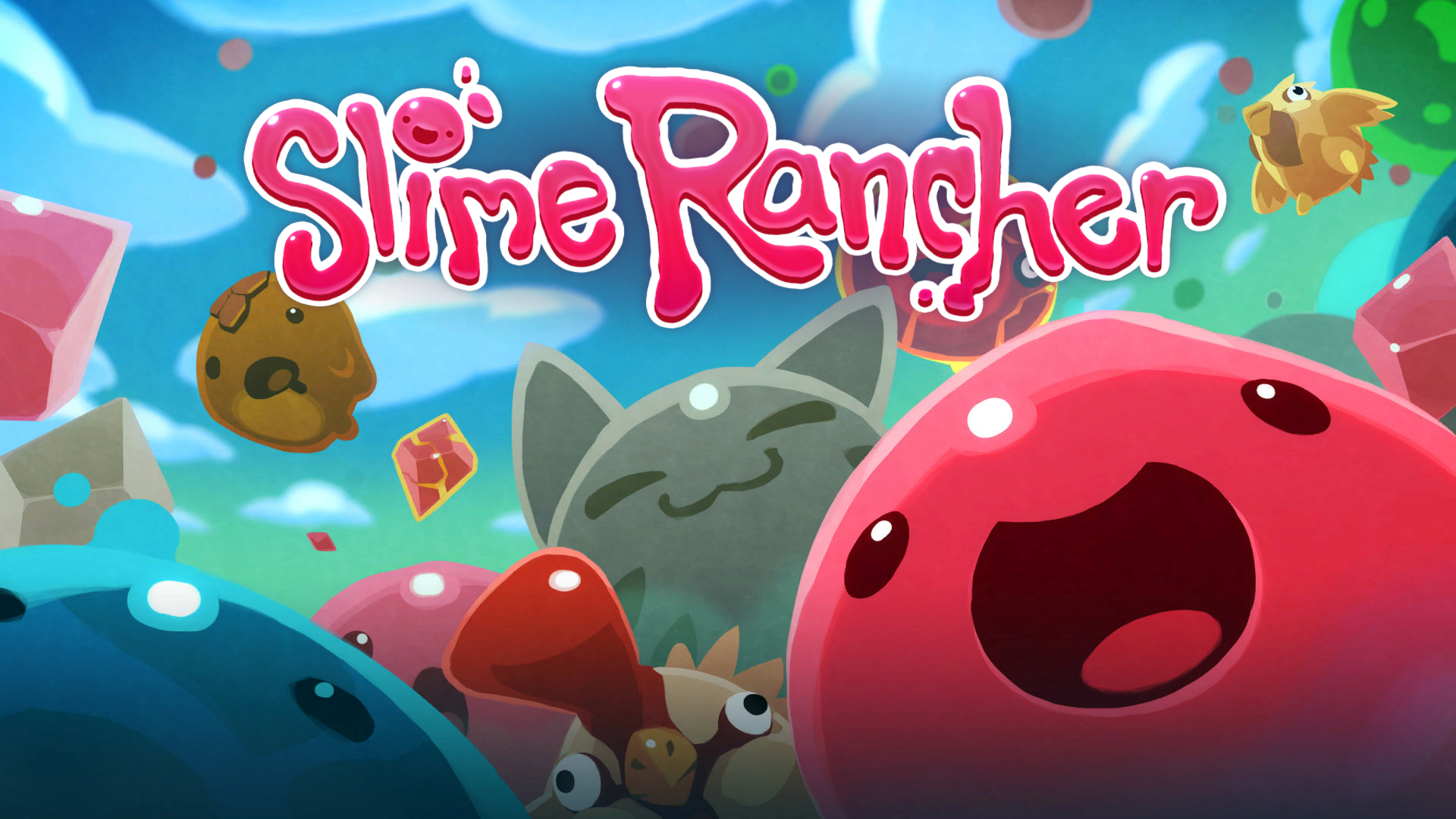 You’re an adventurous protagonist named Beatrix who has settled down on her uncle’s ranch on an alien planet where the landscape is occupied by canyons of shiny cute blobs of a variety of species and value. Also some chickens. Which… some slimes eat. Moving on.

Yer not from around here, are you?

So, what is the point of this? Or the goal, to be a little more specific. Well, it’s basically a high-quality vacuum cannon survival sim. This game is super wholesome–and fun. The slimes remind me of the sparrows that visit our backyard in the daytime to get food and water.

Okay, in the image below, this isn’t a slime prison if that’s what you were thinking. It’s a ranch! See, it’s all coming full circle now. You build this kind of forcefield pen for various slime species. Next, you turn some areas into super technical vegetable gardens for feeding the slimes. Whenever you feed a slime, you get a little crystal thing they, er, excrete called plorts. And they’re generally more than happy to eat your vegetables. You can collect these crystals and take them to one of your vendor displays and trade them in for currency, which you can then use to build your ranch or abilities or whatever really.

The market is just like a commodities market like actual farmers use now. Don’t worry if you don’t know what I’m even talking about, because it will make sense very quickly. Basically collect stuff and sell it for gold. A timeless economic system since the invention of currency.

I don’t really know how far you can go with this game, but I have seen pictures and videos from other players of insanely complex areas to explore the more you progress in the game. There are I guess some ancient secrets hidden as well as portals to another dimension. I don’t know, but you could really get into the lore of Slime Rancher should you so choose it seems.

This game is NOT violent. There’s some challenge to the slimes that defend themselves but I would not call that violence. Just kind of annoying, and
actually avoidable. I had some tabby cat slimes penned up for a while and they were fine tenants, but they live on chickens, and I’m sorry I just can’t live that way. Your slimelage may vary.

Let’s Wrap This Up?

Like I was saying, I don’t know how intense this game gets. But it is so cute that it is a very low-stress title. I never feel like I’m being rushed or endangered within the storyline. As you’ll see in the video above, I fell in some water but automatically respawned in the safety of my ranch not too far away.

I play a new game a day on average, so I don’t know when I’ll get back here, but it would be pretty funny to watch somebody playing. From what I can gather, when using the mail mechanic inside the ranch home, there is some sort of storyline involving off-world friends which you can really expand while you’re playing the game. Everything takes time, but nothing is frustrating.

If you’re able to figure out how this game works, it might be for you. There are no tears here. It’s sliming. It’s good.