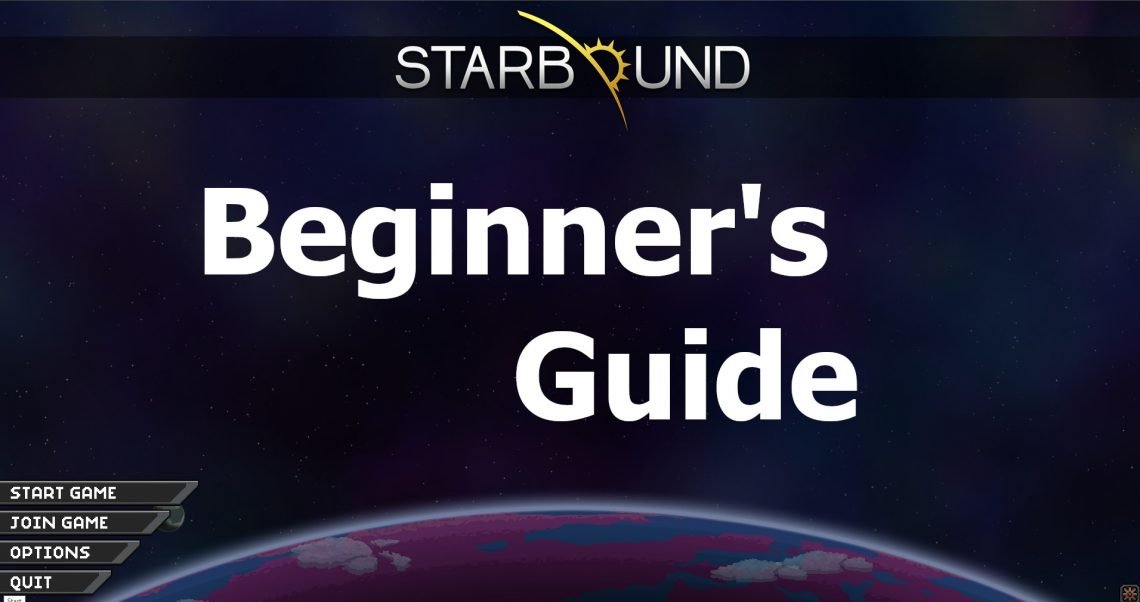 In Starbound, you use Terraria-style mining mechanics to collect materials and progress through the galaxy. This game was released in 2016. It has had some resurgence thanks to a re-release of the game on the invaluable Xbox PC Game Pass platform. I figured since I didn’t find immediate coverage of my own questions, new players may be wondering how to progress in this game. The game takes place in outer space. It has a plotline involving being stranded in space after a cataclysmic invasion destroys the planet. With some basic tools, you’re left to fend for your own. With a damaged spaceship, you escaped to the orbit of a wild alien planet. Now that everyone knows the background, let’s get into how to make it past the first planet!

Some Initial Tips on Starbound For Beginners

You could also compare Starbound to Minecraft, but the storyline is more similar to a combination of Terraria and an RPG. I’ve been wanting to try Starbound from Chucklefish ever since I first learned that it was similar to Stardew Valley.

The initial planet represents the core repeating questline of the game’s open world. Completing it is a good way to set the course for the rest of the game. Thanks to the brief intro of the game at the Protectorate base, you’ll have a useful tool called a Manipulator. It’s kind of like a mix between a mining pick and a phaser. It allows you to mine materials from the inside and collects dirt, ore, objects, and more. This, and your broadsword, will provide what you need to complete the first quest. Collecting core fragments for a special arc temple that will allow you to reconnect with an alien space station.

If you’re already at this stage, you have more or less figured out how to get through the intro. You may want to experiment a bit to figure out the controls before moving on. For starters, the action bar at the top of the page allows you to place items into it. You can then access them quickly with your mouse. By default, your manipulator, magnifying glass, and broadsword will already appear on the bar from the start.

I recommend grabbing the flashlight out of your ship’s locker as well because it can get quite dark when traversing through the caverns of the planet! Torches also help and are easy to craft using lumber harvested from trees and bits of coal mined from the dirt. Dangling plant matter from the ceiling of caves can also be used to craft ropes, which are helpful when exploring.

Being Careful in Starbound

When you create your character in Starbound, I highly advise you to choose the casual mode for your character. The more difficult settings can be totally brutal. When getting started, survival mode is really not necessary to be challenged by the game.

Additionally, you should act quickly to cook food from ingredients you find along the surface. This will be vital after getting damaged by creatures or accidental falls when exploring. You can also find or craft bandages and health kits, but this might be difficult on the first planet. They are however dropped by several of the creatures around, and inside, the planet.

There are so many strategies and techniques when getting started. It’s kind of excessive to go over all of them, which is why I’m focusing on the basics. The best thing to do when you get started is just explore. See how things work, hoping to find out where the quest is. Do try a few things like harvesting, mining, cooking, and crafting though. This will help you with the overall strategies of the game. It’s also fun.

Finding the First Temple and Mine

The temple is an ancient-looking structure that is easy to find. It’s also where you get your first quest and the first step in teleporting to the next area. Just walk along the surface of the planet until you find it. It might seem like a long distance, but after you pass over the three major hills on the first planet, you should arrive there fairly soon. It’s a big gray stone structure with an open platform. You won’t miss it.

You will get a quest to obtain 20 core fragments. There are a couple of ways to get them, although overall there is probably only one superior way. Some people suggest mining for core fragments deep below the surface where the rocks are filled with red lava. While this is possible, it can be really frustrating if you spend 20 minutes digging and fall into a pool of lava! Try this method instead. First, ransack the crates through the mining outpost. Next, defeat the big monster in the basement of the mine. I’ll tell you how.

Once again, this is a location you’ll find by walking along the surface. One notable aspect that will help you find the mine quicker is that the entrance is manned by a human. He tells you to check the mine for fragments–well, that was simple, right?

Using your flashlight, torches, manipulator, and sword, make your way through the platforms of the mine. You can move through surfaces underground, by pressing down (S-key) and space bar–a traditional platformer mechanic. Open up the crates with your manipulator and collect as many fragments as you can. Then go after this guy in the lower right corridor. You will have to use the E-key to open the doors.

He is a bit tough to destroy in one go. If you are in casual mode, good news: your hit points will still apply even if he forces you to regenerate on your ship. You most likely won’t have enough armor to get away with it in one strike. After you defeat him, collect the fragments and head back up to the surface then to the temple.

Turn in the Core Fragments and Teleport to The Ark

And, that’s pretty much it. After being teleported to The Ark, a survival ship with refugees, you have completed the quest. From here, you can save teleporter locations to access your ship and talk to the grand protectorate about the following storyline.

Thanks for Reading This Guide, Please Look Around!

This is actually the first guide, or game guide at least, that I’ve written to be totally honest. The pressure to make some has been quite strong for a while, so I decided to make Starbound the game to start with, since it happens to be my current obsession. Check back again for more tutorials, or explore the vast amount of indie game coverage here at MrDavePizza. Thanks!