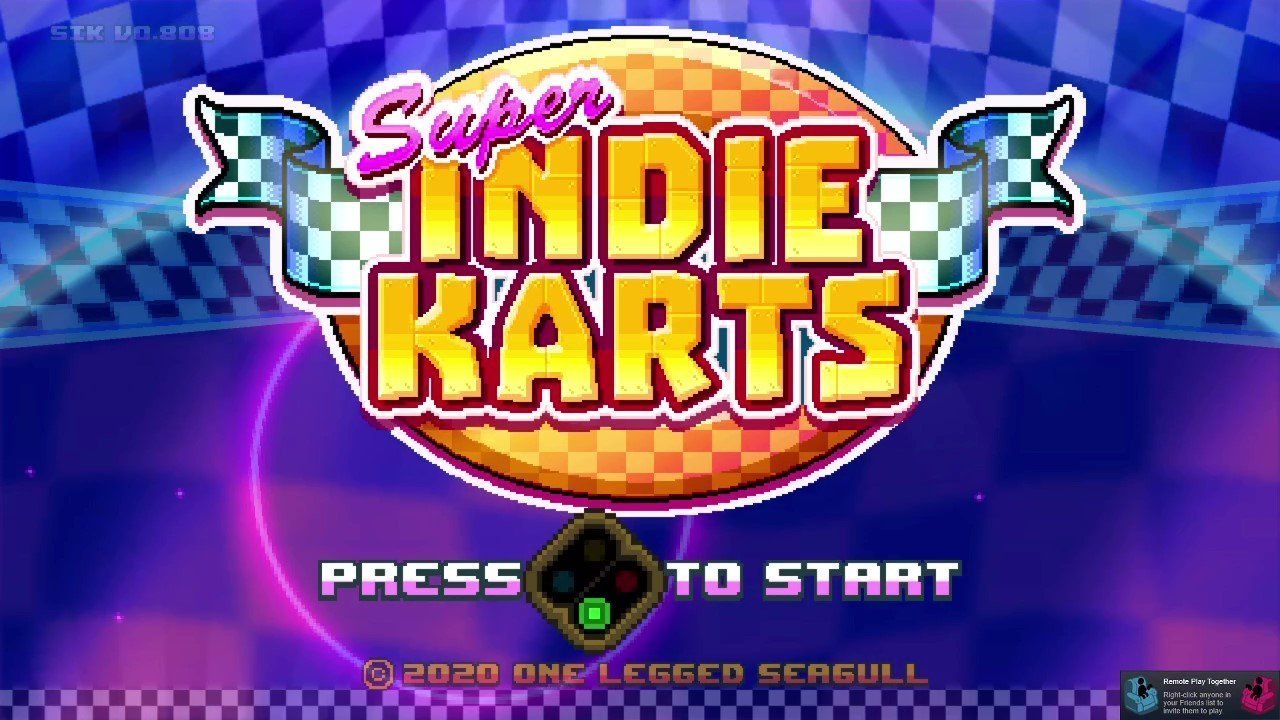 I’ve had my eye on Super Indie Karts for a while. This game has been in a bottleneck since 2014, but it’s come a long way. I decided to be adventurous and check out the early access option on Steam, and see what’s up.

It’s kind of callous I guess to absolutely immediately compare Super Indie Karts to Super Mario Kart. It is in fact very similar, but it’s a different beast. Actually, it feels totally different, and the purpose is different too. But it’s what place MK8 has in the indie lifestyle. A lot if you ask me, I still play it all the time. But here’s some pedal to the metal for the big little guys.

Something Else, Something New – Super Indie Karts

This is not MK, it’s a labor of love and it’s an incredible homage to a slew of wonderful games. Some of them I know, some of them I don’t, but I know from you all how hard it can be to get started with a project that means something.

Have you ever seen those posts where somebody lists a bunch of people and they all see it and go, oh, yeah, hey thanks! Then they smile and go on doing whatever, but maybe that recognition was kind of nice and gave them a warm feeling. Time does pass and there are legends and there are unsung heroes. So, I guess I think this game is really an homage to the legends and unsung heroes.

All The Bells and Whistles in Super Indie Karts

So, let’s start from the top.

Super Indie Karts is an independently developed game with the assistance of a pit crew of beta gamers who are testing a kart-based racing game for PC. Most notably, it features actual video game characters from a number of indie games. Everything in the game is designed to represent the popular indie game aesthetic with the fun gameplay of a kart racing game.

This is a standard race game. Grand Prix, Single Player, Time Trial. There’s multiplayer for local, but that’s almost completely beside the point for me. You might find it nice though.

The game has totally custom maps, graphics, characters, and mechanics. A few familiar features like item boxes, boosters, ramps, and coins, but that stuff holds things together. Every character is a main character in a variety of indie game titles over the past couple of decades.

Let’s Bring Some Funk to this Planet

Toe Jam and Earl are even in there, which embarrassingly, was one of the only characters I recognized. Had I known my love for indie back then, I might have recognized a few more. Most of them are actually a little familiar to me though, from posts on Reddit and Metafilter–and indie charts on Steam

You can play up to 200cc, which is denoted by a flame-pumped banner in the selection menu. It’s a good place to go if you’re familiar with fast racing games. Otherwise, 50cc is a good place to start.

The game handles pretty well. It’s been in development for a while, but I found drifting and jumping and using items to work pretty well. It even activated the rumble features in my ds4 controller. The maps are all a bit crazy on the eyes, which I love. The colors gleefully flicker and the obstacles are bright and fun.

Right now there are only a couple of tournament cups open in the game, with construction placemarks for two more. That’s actually kind of reassuring to me because it means someday there will be more of the game.

The game is said to MAYBE release maybe in 2021, so I guess those levels might be soon, might not though. It’s brutal conditions for a lot of games this past year, many in a constant state of game dev or hiatus, even solo. But I hope it is released because it’s pretty fun.

I might attempt at making this game a ritual, but if not, it’s a nice alternative. These days, I just really love racing games, just like I loved MK, Art of Rally, Hotshot Racing, and now this one.

I hope you found this interesting. Find more game reviews at MrDavePizza.com, or check me out on social media, links at the top.

Here is a link to Super Indie Karts on Steam Store: https://store.steampowered.com/app/323670/Super_Indie_Karts/