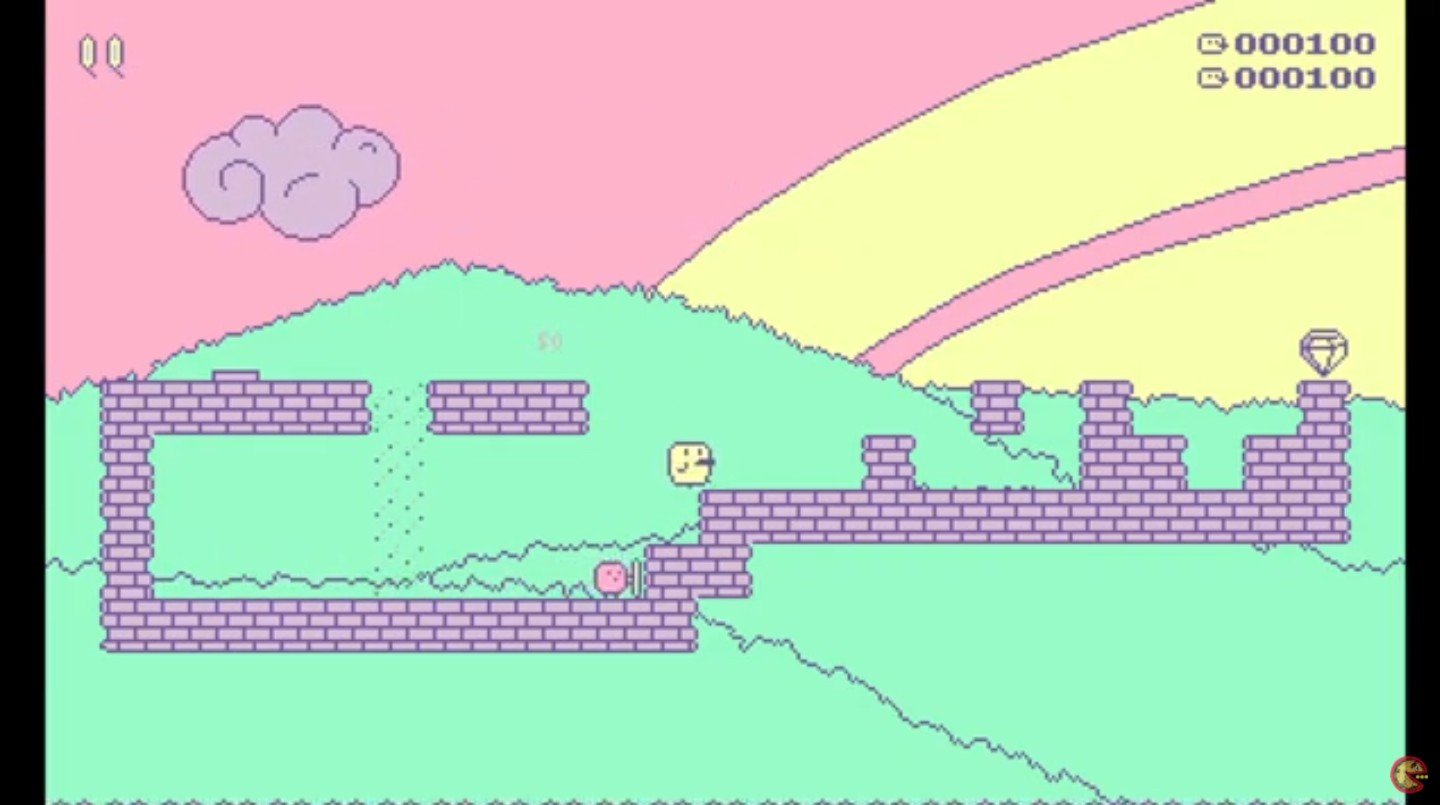 The game is one of many free games on ItchIO that I cover, not because it’s a great place to lurk, but because indie developers love the attention there! Why wouldn’t they?

Don’t take this TOO seriously, it’s just a little duck game, but it’s free so why not try it out? It’s not my all-time favorite game ever, but whatever, it was pretty entertaining. (Cut to the chase for party poopers: link at the end of the article.)

It works best with keyboard input in my experience, but a mapped controller would work too (technically the game supports controllers too so you can try it but that’s just my opinion.) You’ll notice on the ItchIO page by eggnog that there is a whole backstory to Super Star Duck, and the gameplay, although a platformer, has a casual storyline as well. Also, just look at these pastels here on the cusp of spring. I think it looks amazing!

If you’re not really into platformers, use Super Mario Bros. as a frame of reference. It works perfectly here, but with tons of pastel colors and a duck instead of a plumber with a mustache that likes lasagna. That’s essentially what Super Star Duck is.

It’s been a while since I played this honestly, but most of these games work fine with any sort of gamepad or controller for that retro vibe. If you want to play with the keyboard though, that’s fine too. You can always use my article on Joy2Key to help out with this.

Why Have I Brought You Here?

Okay, this headline is A LITTLE MUCH. But you know what? I love indie games like this, and if people just stopped being so grumpy and played a game like Super Star Duck before they hit the gym, well… I don’t know. It probably wouldn’t make a huge difference, but just try it! It’s fun! ✌️

Thanks for reading Mr. Dave Pizza. Stay a while.