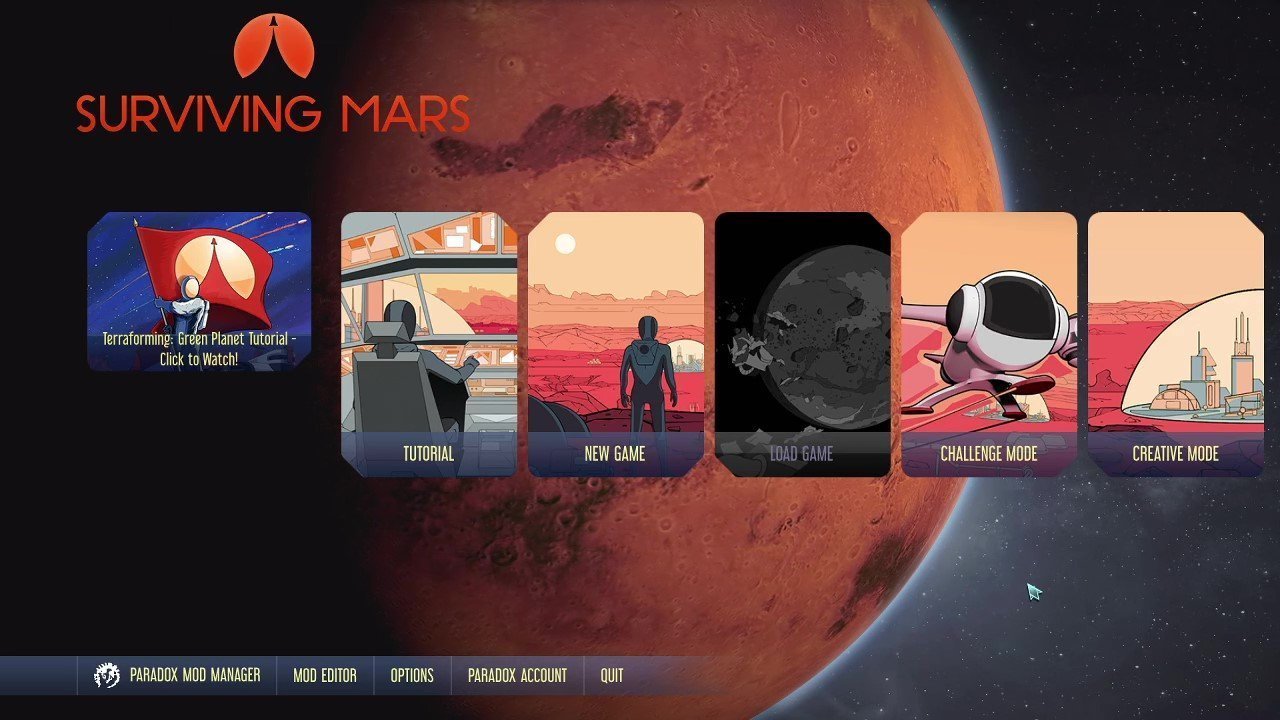 Surviving Mars is a scientific strategy and simulation game about colonizing the red planet. Players are taken through the very basics of roving the terrain for information and resources. As their knowledge increases, it becomes possible to start envisioning an extraplanetary colony. Learn about theoretical technologies as well as real ones and how they interplay in our future on Mars. Within this context, it is a game about exploration and survival!

I’ve got to admit, this is the first time in a while I’ve started up a game and immediately became immersed for a good couple of hours. If you’re like me, you’re probably very aware of the Mars rover program. If you’re reading this around the time I wrote it, you may have even seen the controlled flight experiment on Monday from NASA. In a time when people are cautiously waiting to see the world turn, we’ve been imploring innovation 180 million miles away in space!

The other day I took a look at Genesis Noir, as a poetic introduction to my attempt at space exploration game coverage. Actually, that game is a little more about story-based gameplay. This is one more about the exciting, yet realistic, elements taken from real science. I don’t know if talking about space games can help advance awareness, but I feel like it does, and you’ve got to start somewhere. At the very least, it’s fun! These games are both on Xbox Gamepass, so it is a good place to test the Martian surface.

Okay, I’ll Get to Mars

There is a tutorial you can play before you even get into the heavy details of the real game stuff. The tutorial does take quite a bit of time to complete, but it is fun. It is also very informative. In the beginning, I felt like I truly had no idea what was going on. But that was remedied.

I used my experience from other games to realize that I needed to match up structures with glowing figures and patches of land. Then each phase of the tutorial showed a little more until I was actually building colony domes and transporting colonists in to inhabit the colony. It was pretty cool, honestly, and I felt accomplished when I figured out how the game worked.

As you can probably deduct from the screenshots, this game has a lot of features. I would say just about the right amount though. There are certainly options for hyper-immersion and pinwheels of features in games. Surviving Mars is about mid-level. It was pretty intriguing though without ever causing me to get lost in the menus, so kudos to that.

Surviving Mars is not at all overbearing

The game was created in 2018. It was kind of interesting to think about what colonization of another planet might be like with the way the world has changed in recent times. Many haven’t even left their home on Earth in a year.

I could certainly run down every aspect of the game and talk about it, but it’s not necessary. It’s a good game! It’s not super hard, but it helps if you know where to find stuff, after that you’re good. There is some suspension of disbelief involved, as obviously knowledge about Mars is developing all the time. If you just watch NASA TV for a few hours and then play this game, you’re probably going to become an astronaut. No strings attached.

On that note, I have to mention one thing. It is announced very early in the game that a future technology to power your colony is the good old-fashioned mechanical Stirling engine. I LOVED that they mentioned this. Many years ago, I read about Stirling engines. Often, I have wondered why they’re not everywhere already since they are extremely efficient and light on our environment and resources. I did not actually play enough to use one, but I like that they acknowledged this technology which I’ve been obsessed with for some time. Once we start talking about harvesting energy from sonoluminescence, we can really get to work. Theoretically at least.

Check It Out, It’s Quite Good

Thank you so much for reading MrDavePizza.com. I love to write about games and for people to read this stuff, so take a look around, there are plenty of games. Read as much as you like!