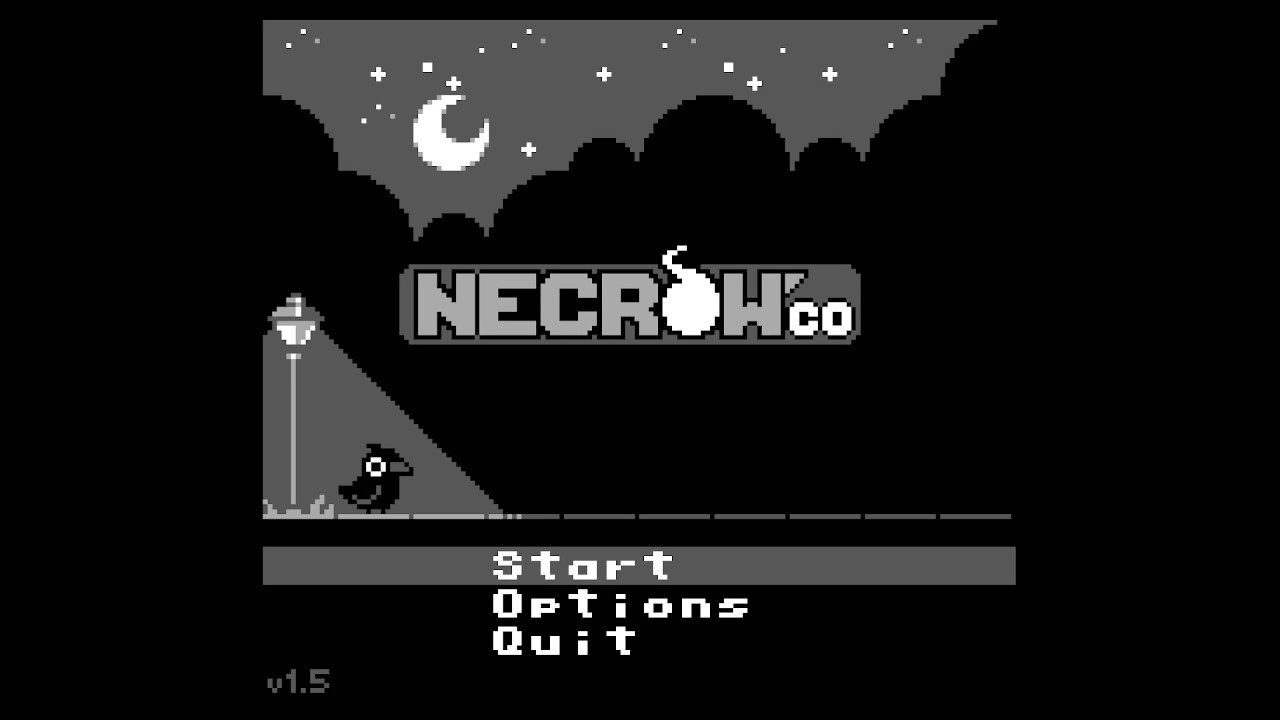 If this headline doesn’t raise an eyebrow, then stick with two, because this article is tapping into some unexplored territory with the game Necrow Co. by creator Zahran Worell. The game Necrow Co. is a 2D pixel platformer, playable with either a controller or keyboard. It’s a light narrative about a crow who starts work for a company of reapers, featuring a cozy skeleton psychopomp grim dispatching you to a national park filled with spookies, squishies, and don’t-touchies (terms coined on our end.) Abilities are basic: move left and right, jump, and shoot a sort-of crow song wave that disables mobs. Necrow Co. is a charming adventure, and despite the grim theme, fairly soft on the player. Let’s take a look.