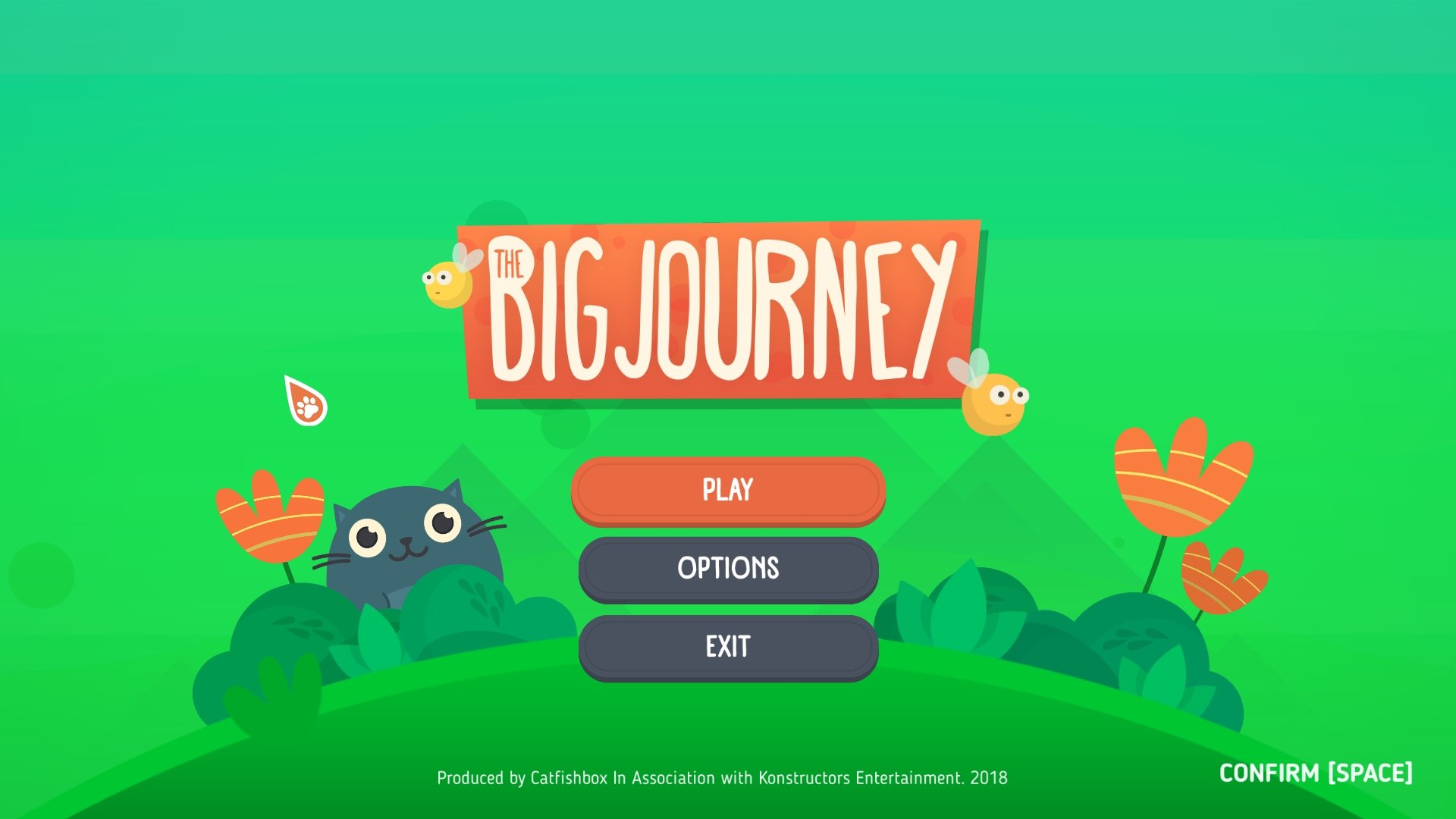 Hey, when you say “roll around a dumpling-eating cat,” do you mean that literally?You do? Really? Okay, I’m in. Play The Big Journey and roll around a cat, who should be named Alpuss Dumplingdore (do not deny what a perfect name that would be.) Alright, alright. There’s nothing that bizarre about this game. Firstly, The Big Journey is unique, however, once you jump in, it’s pretty fleshed out. Secondly, despite the weird concept, it’s highly rewarding. Finally, I think we’re all a little bit used to those by now, us gamers, aren’t we? So, next up, let’s play!

The Big Journey: Put A Steam Dumpling in Your Cat

I wasn’t super drawn to this game at first. However, I got this Windows game for $0.49 on Steam! WOW. I think that is an awesome deal for a game I actually liked. Steam has a situation where many cheap games are literally garbage. I’m so sorry for saying that. (As a retro edit, I can’t believe I said this at all!) On we go, however. I scoured the garbage heaps. I now have this ruby steaming in the sun though. This is good, because it has confirmed some things about the game market I’ve been wondering about. This is especially relevant regarding really cheap game that cost less than a dollar.

The Big Journey has full controller support and looks beautiful. I don’t know the whole backstory behind The Big Journey, but I see on Steam it was a 2017 Google Indie Games Contest Finalist. This makes sense, because it is actually quite polished. I think this is what we need in computer games, simple, beautiful, fun! I really do think I’d love to review those sweeping epics more. I’m not sure that’s where the majority of the market is anymore either. however, if you’re a game developer please do not quote me on that, because I honestly don’t know.

The Big Journey: Put Some Other Things in Your Cat

Anyway, you’re a cat. You roll around. You eat dumplings. What else is there? There are some random animal dudes like an Owl and a Rabbit you meet along the way. There are a couple of mobs here and there. There’s some bugs collecting. Tight quartered tunnels through large mountains filled with… bugs and dumplings. It’s really easy to pick up. You bounce around on jelly. Oh, and I almost forgot, you can tilt the entire world left and right with your L and R buttons to assist in your rollin’ around. Hot dog!

The Big Journey has 25 stages, which is a nice high number without being too excessive. That’s more than I can usually bear in Super Mario for one. although I guess there’s probably like 32 or so? That’s just rough math of 4 stages and 8 worlds.

Not much more to say, but I’ve included a 10 minute video of gameplay. This game is $0.49 cents, which is an excellent deal, so just get it. If you run into a temporal existence where this isn’t the case, I think the most it has ever been is about $4.99 on Steam. Word.

City of Heroes – The Superhero MMORPG