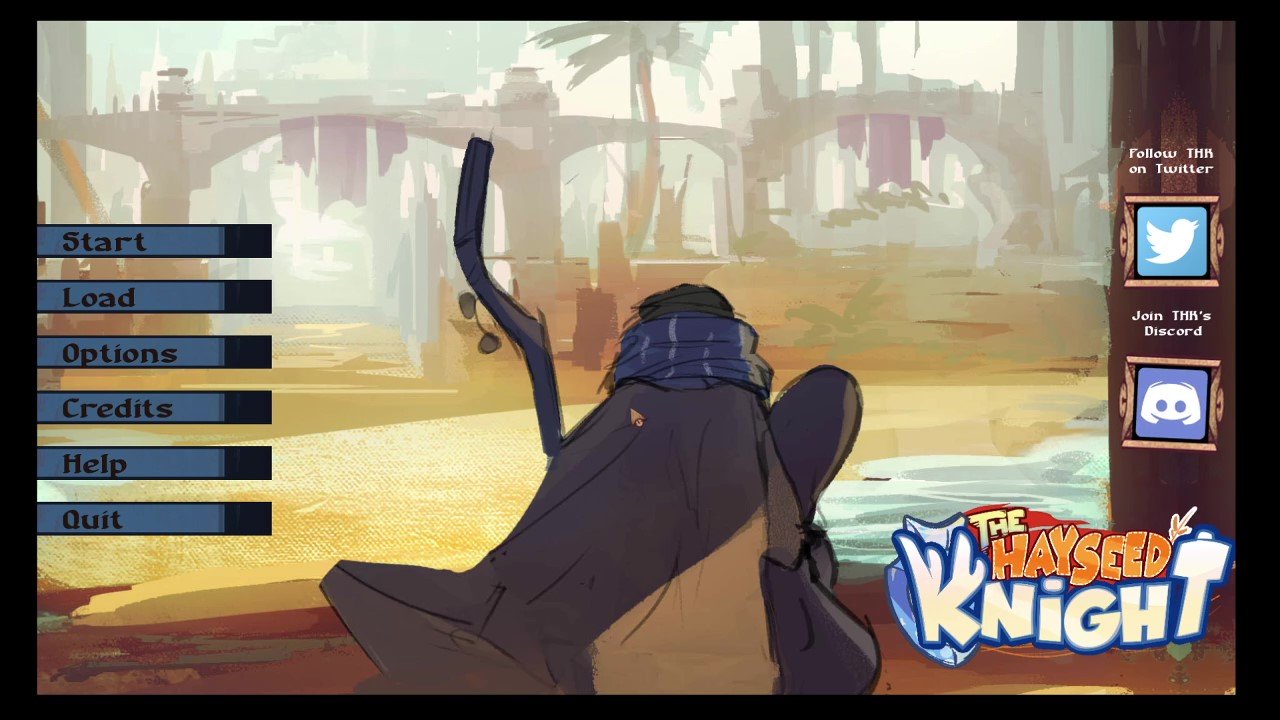 I’ve been getting really interested in games like The Hayseed Knight and I don’t really know why I haven’t explored them further. I reviewed a game last week called Brok: The Investigator, similar mostly in the ways of it is an anthropomorphic visual novel.

The Hayseed Knight is through and through an anthro/furry/whatever you want to call it, visual novel. The themes are probably around Teen+, only in the PG-13 range though. Nothing obscene in my gameplay. The maturity level is more thematic than graphic. This is not a dating sim, but there is quite a bit of flirting.

Nearly every character is an andromorphic form, including a tree guy, but not exclusively.

I’m going to do my best not to spoil anything, but you can only say so much about a game that’s nearly entirely dialogue without revealing some nuggets from the plot. As this game is still a prototype though, but there’s certainly more to come.

In the beginning, a gazelle (I think) and a quiet witch begin the narration of the story. Not a lot of background, but this might have something to do with how the plot unravels later on. In my lengthy sit-down with the game, none of that was revealed, however, it sets the stage for some effective storytelling.

This is a pretty THICK demo to play. I went past the half-hour mark up to almost 50 minutes, which is rare for me in a single session, because I wanted to see what would happen. There was still a lot of gameplay left over at that point, but I felt I’d tapped into the heartbeat of the story and wanted to start writing.

This game takes place in what’s best described as an Arabian bazaar/village. There are idiosyncrasies and thematic overlaps, but that works totally fine because this is a fantasy game.

Ader the buck is your basic rural raised one-eyed stag from the country, protagonist and comic relief. He’s jumpy and blasting into a nervous confrontation with just about everybody in the game.

I enjoyed Ader’s character because he manages to say things just as inflammatory as they were polite and humble.

There are interactions with several characters in the game, some of which I enjoyed more than others, but I particularly liked Eina, a mute female wolf/dog who runs the shop Ader works in.

I also liked the green tree man that interacts with Aider and Eina when she was awesome. I guess he’s an ent maybe? He looked more like a moss man. Anyway, his presence is fairly brief but is inter in the way it shows the anthro spectrum throughout this game. Ein’s father/boss/guardian or whatever is a beardy clocked red dude, but not much revealed beyond that.

I love how much can be done with some illustration, voice work, and visual novel creation dev work. Visual novels are great. People who enjoy reading but struggle to plop down and grab some ink-splatted pulp might be able to handle a lot more with this kind of storytelling. It’s kind of like a leap from graphic novels. English 101, with visual novels? I don’t maybe not, how about an elective.

I have reviewed more games like this. They make me feel good and engage my gameplay. They’re also easier to write about. I swear, I opened a category on Itch.IO last night and unlocked the treasures of El Dorado. So, I’ll never be bored again. I’m good.

Thanks for reading Mr. Dave Pizza. Please read anything that interests you!