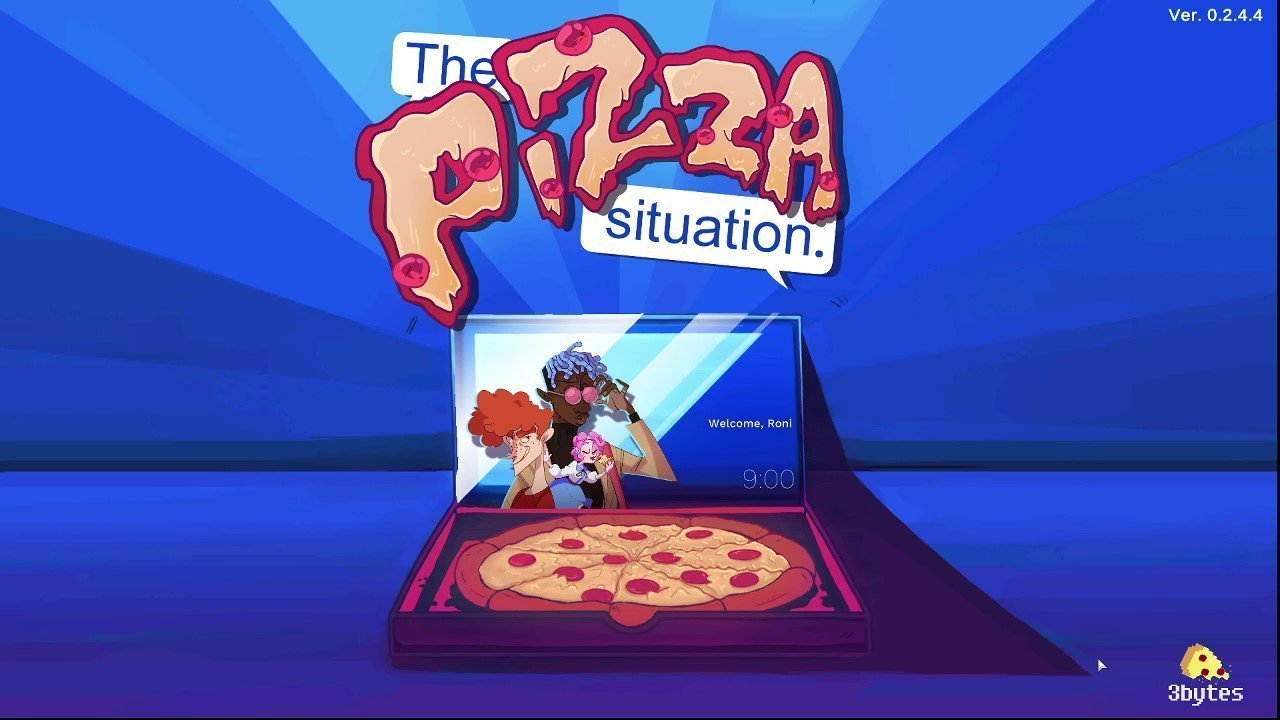 The Pizza Situation is an indie game project found on ItchIO about a freshman college student named Roni. He has a dream about seeing a girl with pink hair at a party and her stealing a slice of pizza from him. His goal is to use social networking to solve the problem and prevent this girl in his dream from doing so in real life.

It’s totally bonkers and irrational, but some games are like that and that’s why we have the ability to play them.

The Pizza Situation is fully animated and illustrated. You’d think there would need to be some hype about new tech to simulate a Facebook parody. Maybe you don’t though. Whatever your position on game development specifics, this idea is really nicely represented.

Most of what you’ll see in this demo involves chatting with people in connection with the pink-haired girl. Oh, did I mention he finds her “Galaxy” profile online in the first five minutes? A character from his dreams! Bonkers.

There is a well-developed social network revolving around this pink-haired girl. Young fashionista mean-girl types. Gucci, Prada, whatever. They are pretty much all just fishing for attention with their pictures and posts. To be honest, I read a few to get the context, but mostly I just scrolled through them like a sandbag on a pulley. Follow me on Facebook.

Most of the pink girl’s friends I really don’t like, but some of the people I interact with in the game are kind of cool actually. The writer of the dialogue on this game really has done a case study of trendy college students.

Actually, I kind of liked that most, because the creator of this game obviously went through the same thing I did. YEAH!

It took me a moment to get the hang of the computer mechanics. I usually need heavy guidance in these kinds of games. It was mostly intuitive though, and I went as far as I could go. The game is played mostly by snooping on contact pages and sharing scandalous info or pictures with accomplices. There’s some edgy stuff in this game, but nothing to worry about.

Whether or not the demo story production has reached a stage beyond a few prototype surveys, I am not sure. I made it to Angela’s ex-girlfriend leveraging participation in my scheme. But I ran out of pointy blue arrows and notification blips that usually dictate my entire career as a game player.

The demo is really fun and colorful. This is one of my favorite illustration styles. It totally reminds me of something, but I can’t exactly figure out what. If you play this I encourage you to take the time and look at everything. I have to focus to avoid derailing my focus, but there’s enough to get lost in this game for a while. I really liked this demo. When it makes it to production there is going to be a pleased audience.

Oh, and if you were wondering, I did not choose this game simply because it has pizza in the title, although it was a plus! There are so many pizza games. Some days I’ll make a list. In the meantime, I’ve got my fingers on the indie pulse for you.

To read more about this game or try it yourself, head on over to the game website https://thepizzasituation.com/

For more game reviews and articles head up top or go to the main page for this site at MrDavePizza.com