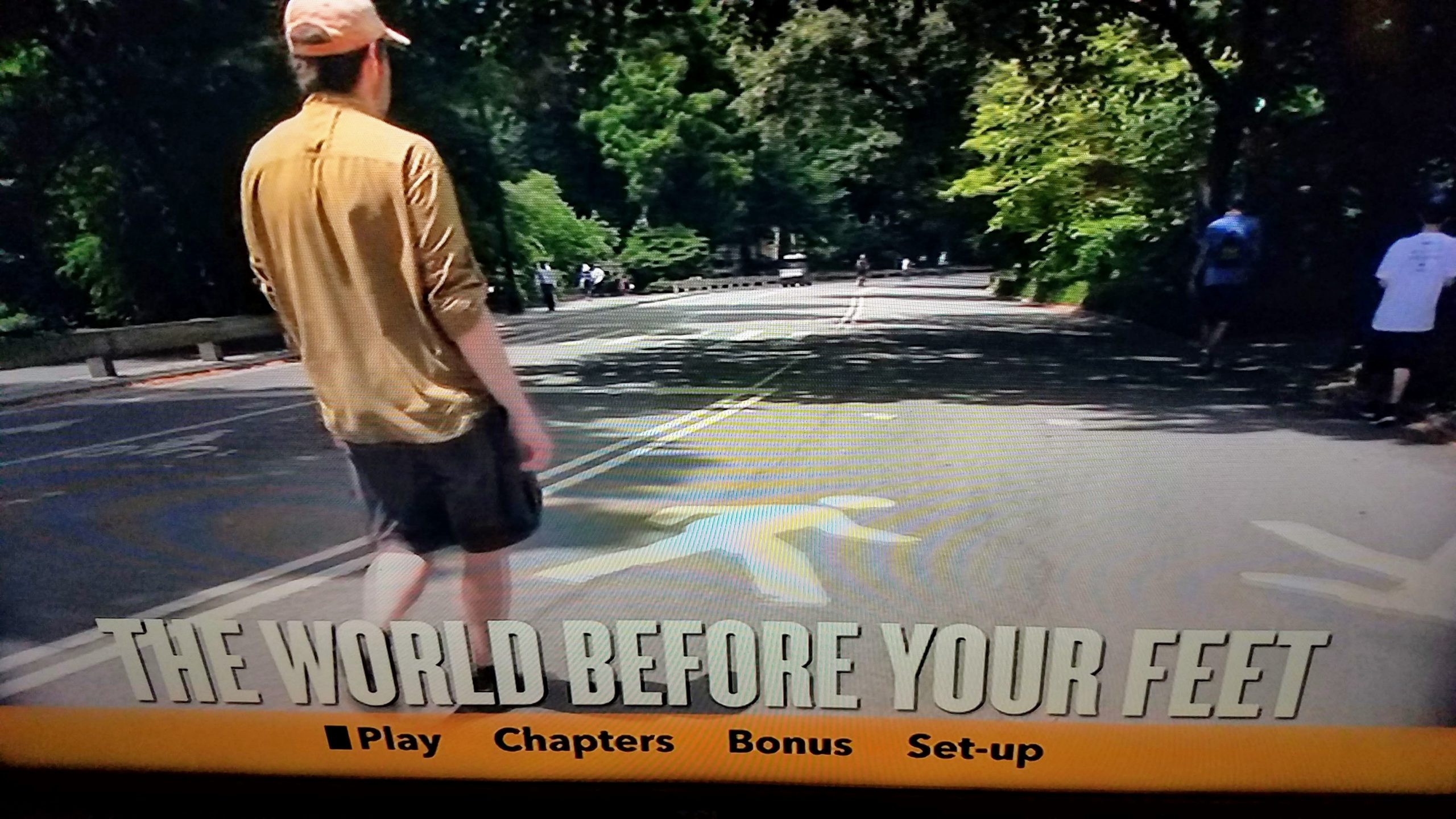 The World Before Your Feet is an independent documentary about a gentleman named Matt Green, hailing from–well, anywhere he goes, which is everywhere in New York City, every street, every block. He considers himself independently homeless, sufficing on $15 a day so he can afford to keep walking without a job. This is an interesting film as a concept and project. It highlights the human intricacies of finding purpose, especially purposes not motivated by conventional profit or advantage. I think if you’re from New York or have an interest in its complexities, as I’ve always had, this is a pretty interesting, relatively efficient feature.

One thing that intrigued me about this, was the precedent for the popular walking tour streams on YouTube. I’ve watched many of them, even during the lockdown. This was before that though. Before Matt Green got into the thick of the project, he just really enjoyed the mindful moments of standing in a busy street in Manhattan or an abandoned field. In fact, before this, he walked from Rockaway Beach, New York to Rockaway Beach, Oregon. I’ve scoured through Google Maps plenty of times to glance, but imagine seeing the entire megalopolis of New York! Incidentally, Matt says he uses Google Maps to plan most of the daily journeys. It’s things like this that make his project seem pretty practical and accessible as a sample journey.

I don’t want to spoil anything about this, because it’s really very interesting to learn how and why Matt does it and what his process is. To summarize, he possesses a humble non-materialistic idea about his project. He doesn’t want to get famous or rich or anything, he just wants to walk. It’s very human also, especially when he takes photos of things he finds or talks to strangers on the street who react to his project in all sorts of hilarious but well-ending ways. And it’s admirable in my opinion. I’ve gone on long walks, but I don’t have the commitment that Matt has to do it every day!

Genius Loci, Spirit of Place, An Homage in The World Before Your Feet

You’ll do well to check out Matt’s blog: https://imjustwalkin.com. I’m not sure where he’s at now with the pandemic and everything, but he was featured here earlier this year saying he only had 200 miles left (compared to the colossal 8,000/9,000) https://www.theattic.space/home-page-blogs/2021/5/13/walking-nyc-every-last-inch.

I think it’s interesting just to see the places Matt has been. They’re all sort of familiar from somewhere, somehow, but I really gained a greater appreciation of how absolutely massive NYC is. This project is, in some ways, totally insane, yet in others, practical.

If you are looking to watch this, it’s up for purchase, rent, etc. on streaming services and maybe elsewhere.

I just find these DVDs at the library usually, which seems kind of random I guess for a legit review, but maybe check yours? It just happens to be the place I find rare gems like this.