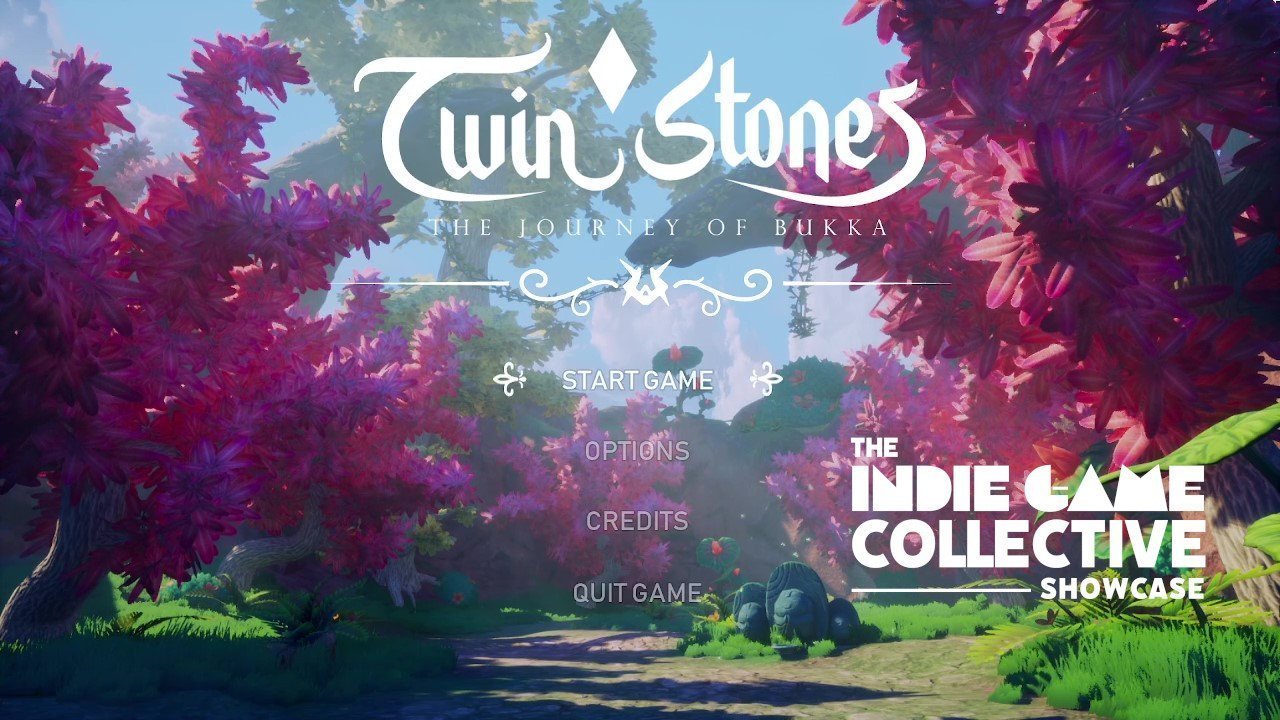 Twin Stones: The Journey of Bukka is a 3d animated fantasy platformer that was released in early July 2021. As it were, I received the privilege of showcasing my first pre-release game through my community at Indie Game Collective. The game was a very intriguing story involving protagonist Bukka, a runner for lack of a better word, and a, I suppose, serpent companion identified as Shiva, the god of destruction. The obstacles are fluid and bouncy, and the graphics are beautiful. I’ll tell you what you need to know about this game and where you can find it. Twin Stones: The Journey of Bukka is a challenging 3D platformer, with pretty astonishing scenarios. Let’s take a look.

Summary of Features in Twin Stones

● The protagonists
Play as Bukka, a young naive, and skilled hunter, and help Shiva, the God of Destruction, to reach his Temple. Both characters keep talking the whole journey, about the story, hints, and funny commentaries.

● Scenario
Explore the world of Samshara, a wild place where nature has taken control of everything. 3 different scenarios over the course of 5 levels, starting with a wooded mountain, the mount Kinui, and the ancient city of Darmah, before the god’s Temple. Overcome all the challenges on your path or find all the hidden coins. With a variety of movement mechanics, such as hook, moving platforms, wall jumps, jump-ladybugs, bash jumps, bouncers, ramps, and 2D zones… challenges feel fresh and exciting.

● Enemies
Fight against the ferocious enemies that you will encounter through your adventure. Each beast has its own mechanics, movement set, and different difficulty levels.

● Art
Enjoy the game with the amazing views that each level offers, but also take care and look carefully around each clear zone to know exactly where you are thanks to the art from the levels, each landmark is useful for identifying and as a reference point. Our art team took care of each detail on the levels, along with the handcrafted characters.

● Music
All the music has been exclusively written for the game by 3 artists from Berklee College of Music in Valencia, and recorded by the Budapest Art Orchestra.

You might be aware that I am not a skilled platformer. It seems to be a common skill of my peers, but I take the world a few minutes at a time. Still, I really like the feel of Twin Stones. There’s kind of a Donkey Kong Country with a much more sophisticated graphics engine (Unreal) and a totally different story/theme. Use conventions such as slide, strike, jump, and swing. When you get going on a few specials one after the other, it’s pretty fun. I particularly enjoy the flying rope fish, or whatever they may be called. A golden string lights up above you and pulls you up into the sky. Sometimes they line up a few in a row.

The challenge level is certainly adequate. You’re given three hearts, and your familiar, Shiva, collects stone energy. There are checkpoints fairly frequently through the sections. A pleasing mix of a bell and boulders rings whenever you’ve passed one. If you fall into a ravine or what have you, your hearts will restore at your last checkpoint. There doesn’t seem to be a way to totally game over, which is nice, because each section requires a nominal amount of effort to get through. I have always been a fan of games that give the gamer a break like this too, so it allowed me to progress quite swiftly.

The Story/Theme in Twin Stones

I keep an eye out for narrative-style games. It’s not too uncommon to see them integrated with platformers or even most genres, but when I saw “Shiva” mentioned I was a bit intrigued. Shiva is an Eastern deity who is the god of destruction. In translation, the forces of entropy and change are imbued to his aspect. Too interesting? Nah, that’s what indie games are for, to experiment.

Shiva’s role in the game is the antecedent to his brother, the god of creation. Name dropping, folks, anyway. This additional deity’s corruption has caused creatures in the mystical land of Samsara (also an Eastern religion reference) to become aggressive and combative to Bukka as she navigates the world.

The story isn’t too intensive for its own good or anything, but it’s there. The primary goal of the game does seem to have to do with navigating the world to get to Shiva’s temple. I got a little too caught up in some spike pits on my journey, but I definitely persisted in experiencing the core of the game.

Also, this game is definitely suitable for game agility skills above all else! Casually run through the obstacles in one of the five levels at a time, and with some effort, it will feel like a natural reflex.

As I mentioned, this game is not released yet as of this review/showcase, but it’s on its way soon. I’ve got the storefront Steam page listed below, and I’ll certainly keep an eye on it.

Hey, this was a double today, I’m back to reviews every Monday, Tuesday, Thursday, and Friday. This showcase was made in collaboration with Indie Game Collective and ESAT Innovation School, who have released some other interesting titles as well. A lot of good stuff out of student game dev programs.

Thank you so much for reading MrDavePizza.com. I’m sure I’ll be back fairly soon, but there’s plenty to explore. Have a look around! Please! 🙂