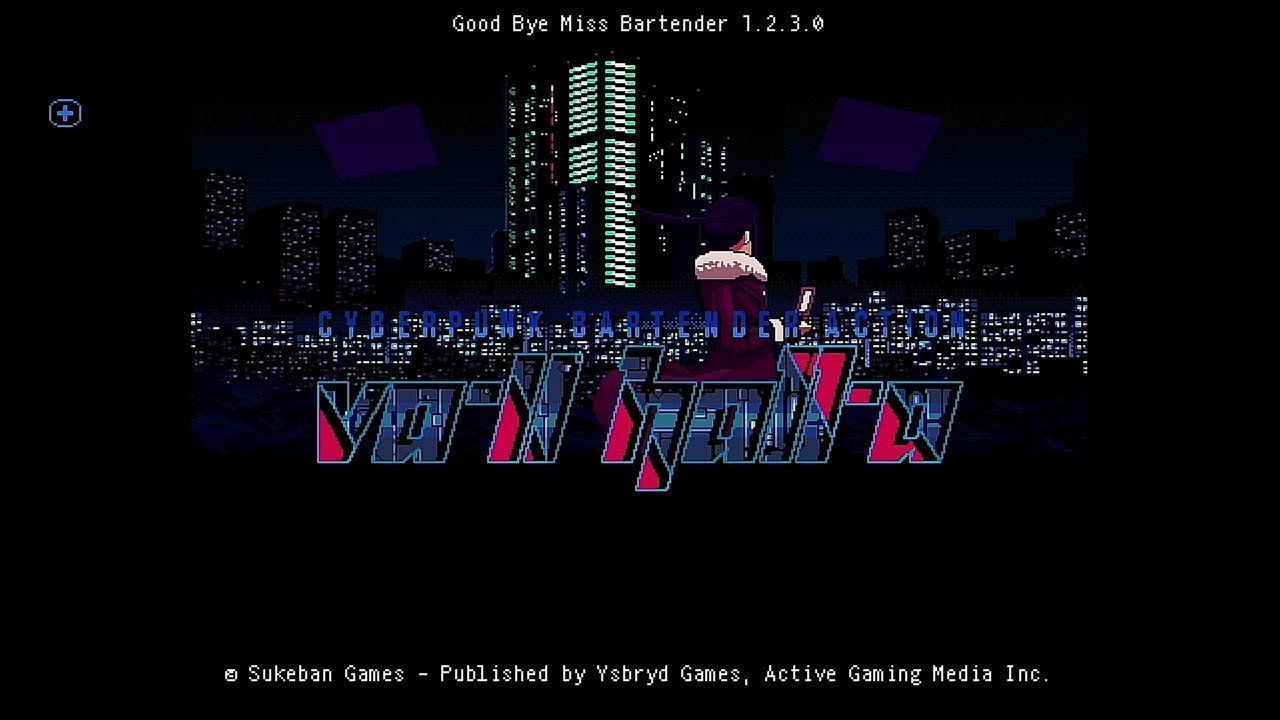 VA-11 Hall-A (Or Valhalla as it’s known) is an interactive cyberpunk bartending simulator with elements of visual novel character interaction. Play from the perspective of Jill, a young woman who lives in the year 207X in a city called Glitch City.

You’ll learn to mix drinks for customers using a unique interface and alter them based on customers’ needs and personal touch. Customers are customers, but many are absolute troublemakers. You’ll talk them through their problems, as compulsive as they can be, and keep them from causing too much trouble–and hopefully close their tabs.

Disclaimer: This game contains some mature themes, crude humor, language, and alcohol use. I don’t normally seek these out, but in this case, there is an artistic context for them.

The first time I tried this game, I had a lot of trouble figuring out the drink mixing system. Although this is not a complex game, it is important to pay attention to the instructions as much as possible because there are some details that are important.

Once you get the basics down in the tutorial and the first couple of customers, you’re good as gold. Soon enough, you’ll learn that you can even make non-alcoholic drinks. Just concentrate on the tutorial for the first few minutes and you’ll be fine. Just a note, I played this on Switch, there are definitely some variations on PC. It’s also a Playstation 4 game.

I’ve been really interested in visual novels lately, with pretty much any context. Many gamers are incredibly fond of the cyberpunk genre this year with the release of 2077. This genre has been around as long as I have though, so that’s not terribly surprising. I could tell when I played this game, however, that many other games probably used it as a benchmark for this particular style of game. Actually, when I saw the game’s listing, I realized that it was a few years ahead of the curve!

Who Are the Customers in VA-11 HALL-A?

The characters in this game are up to a few hijinks here and there, as any good VN will let you have. You’re not really working in a ritzy well-lit bar in any sense. It’s 100% dive in a bad area in a bad town.

My first customer was a co-worker who gives a run-through tutorial in the very beginning. This is very helpful. Next, was a local newspaper editor with an angry demeanor and a very red face. He’s definitely an antagonistic bully blowhard, but he is actually entertaining. In fact, Jill, the bartender, tells him at one point that entertaining characteristics are one of the perks of her job.

After him, a dirty-minded hipster punk enters the bar. He drinks too fast and unloads his personal life unwelcomed. As long as you know how to find the drinks, the interaction challenge goes by smoothly. The conversations can take around 5-10 minutes, which seems long but that’s why you play these games. By the way, if you get confused don’t hesitate to watch a brief video first, it’s really very simple once you see how it’s done.

VA-11 Hall-A Not Far From Reality

I think people are free to their vices fine if it is harming no one. Every weekend, I used to head over to my favorite British pub and batted wisecracks back and forth with friends. I loved it. I made real friends there and learned why it’s important to have them.

Aside from that, I also loved hopping into a random bar and just seeing what was happening. I’m traditionally a rather mild-mannered guy, so some people find this surprising. I cut down significantly for health though, but I don’t regret those times. There is a feeling you get when you go into a dark bar crowded with people, the music playing, and the clinks of glasses. Have a pint and set yourself right, I’d think. I was sort of, almost, reminded of that.

The main reason I’m telling you this is because I felt this game captured the diamonds in the rough culture of the average dive bar.

Okay enough about that, but it is relevant to this game. If you find yourself fond of the bar scene, and want to emulate that, this game does pretty well. If you go past the first section, which is under 45 minutes, you can save and play from the save file all you want.

I’d love to play this game the whole way through. From my research, I have learned that this game takes around 3-4 hours to complete. It flows well and it’s pretty easy for what you gain. Also, did I mention you can change the bar music playlist? They’re songs programmed into the game, but what a nice, and authentic, feature.

VA-11 HALL-A was released in 2016, which seems like ages ago, but it has plenty of contemporary charm and is perfect for the pixel art cyberpunk lover in you.

If you like what you read here, make sure to check out whatever you like here on MrDavePizza.com. I try to keep a diverse roster of game types reviewed, and there are lots of other visual novels and indie games.