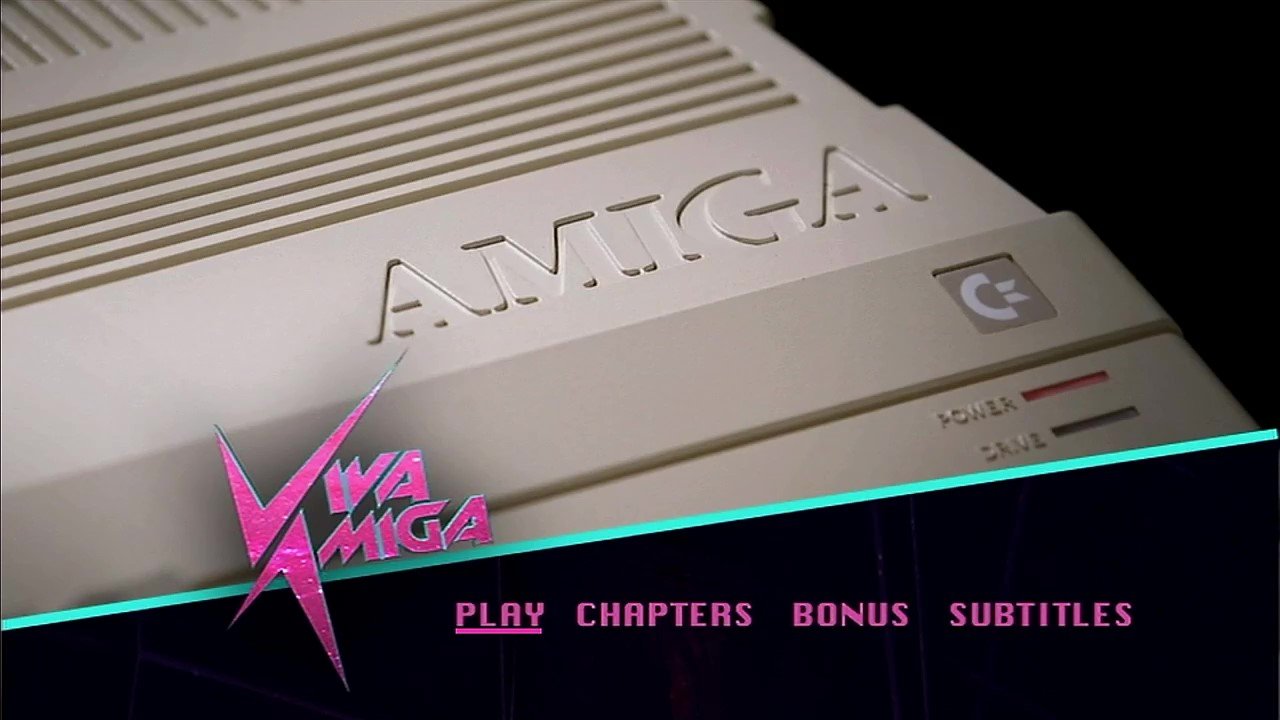 I started computing around the time that the Amiga crossed over into cult following–or so I learned when watching this. I’ve always had a casual interest in retro computing in addition to gaming. I even have an Apple ][ in my possession and have visited my share of BBS back in the day. I’d honestly never heard of the Amiga though until I checked out this documentary called Viva Amiga. Let’s talk about it.

In case you’re about to brush off the Amiga because you’re like me and have never heard of it, let me just share one nugget from this documentary. In 1985, at the Amiga launch event, there was a celebrity in-person cameo of Andy Warhol drawing a painting of Debbie Harry (of Blondie fame) on an Amiga and sharing he’d tried many computers but this is the one he was waiting for. If for some reason you don’t know who Andy Warhol or Debbie Harry/Blondie are, they invented the future.

Think “In the future, everybody will have 5 minutes of fame.” One of the greatest books I’ve ever read is called The Philosophy of Andy Warhol. Deborah Harry sang those classic lyrics of songs like Heart of Glass. I’ve also always been a huge fan of both, so this was mind-blowing when I was watching this last night.

You might know this source of cult fandom of computers from Apple or gaming systems, but where Apple had created something practical yet fresh, Amiga was like a highly diversified art portfolio. The interviewees never claimed the Amiga to be superior, but they may have thought it. I think maybe in a technical way it was.

What Is An Amiga?

So, to know what the Amiga is, I’ll give you a super quick education, starting with the present. These days, we have Apple, Windows, and Linux for virtually all applications of personal and even business computing. There’s certainly more to it than that, but I’m just saying it to illustrate my next explanation. Before this efficient distribution of operating systems, there were tons of “computers” that were very much like Apple are today, where the hardware is built ahead of time for the software of the operating system.

As I said, I’m not an expert, but you probably have heard of some of these systems like the Commodore 64 and Atari. Actually, the Amiga was technically a Commodore product initially, since they funded the project for the rights. It scraped through many other close calls in distribution, which is a very key theme in the documentary.

This was a project of passion. You can see in interviews that the engineers and employees of Amiga did it because they believed in their product. For them, this was rock and roll. And in a way it was, Debbie Harry was there after all.

The video toaster was a piece of hardware that could be installed as an expansion card to the Amiga a little later in its lifetime. It basically provided the user with the video production capabilities of a full enterprise. Yeah, I know, this is pretty common now with cheap technology and free software. It was like bringing Hollywood to the individual at the time though.

Amiga had a long market hold because of this tech, because of its affordability, and dynamism. A part of a film project that might take $5,000 now could have the entire project covered for a fraction of that price.

These were revolutionary times.

Viva Amiga The Dissent and the Legend

I don’t want to blurb every single aspect of Viva Amiga so that you can see it for yourself, it’s only an hour long, so you might need that. The end of the Amiga was not what I thought it would be. Yes, the assertion is that Windows and Apple were the game changers forever, which is kind of true. Production capabilities seem to have been a major part though. These old console computers being replaced by diverse PCs were a new thing too. It was around the time gaming consoles as we know them today started to take hold too.

A nice thing shown at the end of Viva Amiga is how the Amiga still has a super popular cult following with conventions, clubs, production, and all kinds of stuff. There is still hardware being produced for it and sold. The CEO of Amiga administrator the company out of his own passion, just like the original engineers, saying he puts money into the company that he’ll never get back. That’s not something you hear very often!

I think Viva Amiga was an interesting documentary. I’m happy with my homebuilt PC, but if it were 1988 and I needed a computer, I’d choose the Amiga. What a powerhouse. And a great documentary by Zach Weddington.

This is part of my new VHS/DVD section. I did watch this on DVD, but it had retro elements that were totally on par for any format in this section. Also, it is certainly something new for me, and pretty interesting to write about and learn about.

I want to thank you so much for reading MrDavePizza.com. If you liked this write-up, feel free to look around as much as you like. I mostly review indie games, but I’m trying to expand into other stuff. Undecided about the indie games logo and slogan, but well see what happens, they are, after all, the forefront here. Anyway, explore as you wish, it’s free and I thank you for it!