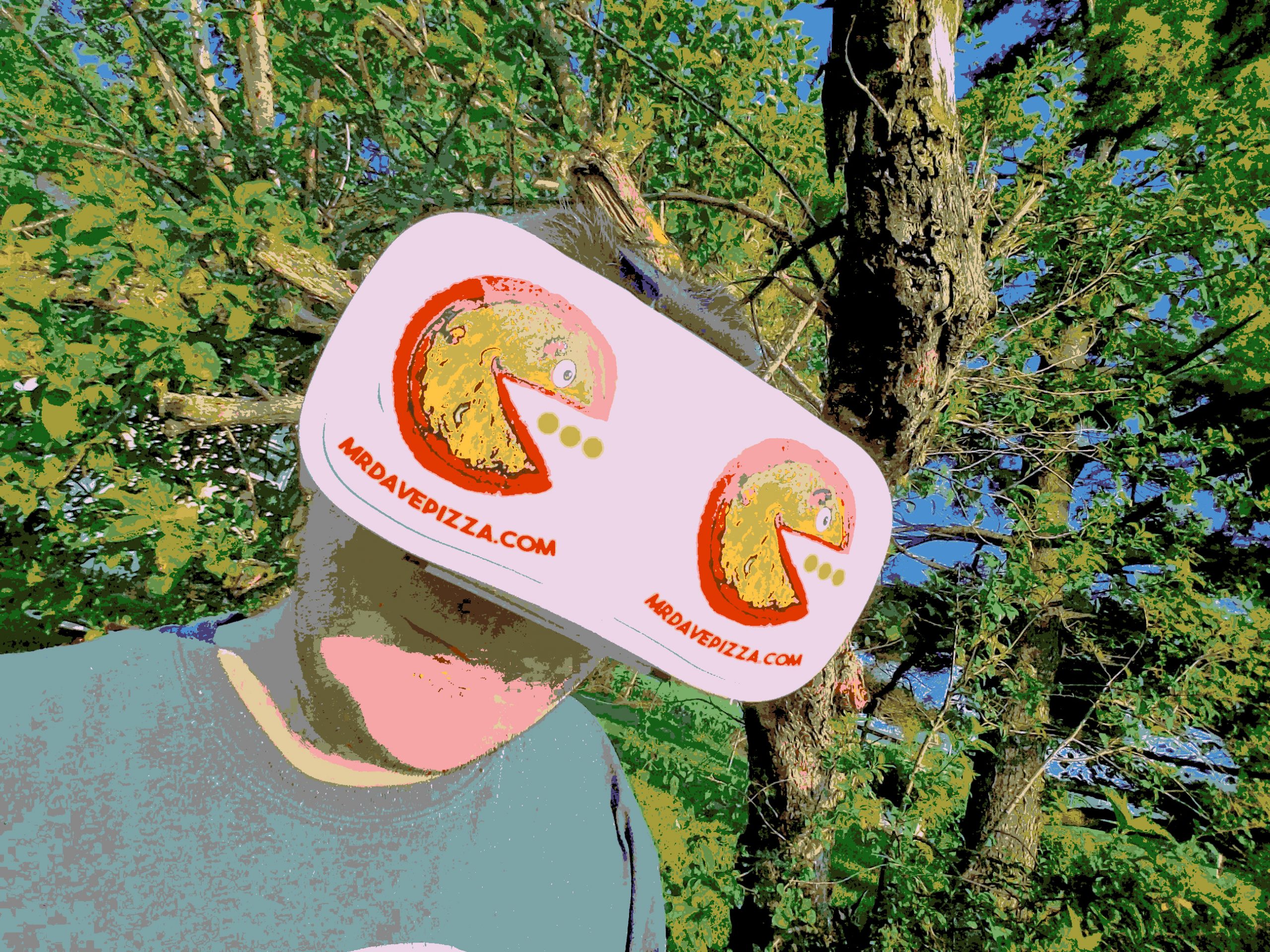 “James Halliday, he was like a god.” This is not a review, showcase, or anything, but it is a narrative I feel like rolling with. This topic entered my mind a long time ago when I first saw the film version of Ready Player One, and then later when I read the book. Then when I surrendered the dream in Ready Player Two (it’s an acquired taste, no dismissiveness or negativity here!) Ever since… well, ever… ever since I can even remember, I’ve been compulsively enamored with the idea of digital realities–virtual reality, cyberspace, the Matrix, the Oasis, the Grid, Metaverse, what have you. The thing about the fictional character James Halliday is he made it all seem kind of obtainable. Welcome to virtual pizzality. Read on, should you wish to obtain the egg…

Welcome to the Oasis, A James Halliday Production

So, the idea of James Halliday, creator of The Oasis in Ready Player One, has all the characteristics of a believable self-made cult icon. He’s this master of lore, cinema, music, tv, pop culture, technology, games; an archetype for the late 20th century slipping over into the 21st. I too, take a stab at trivia and dreams, but I couldn’t tell you how to play Joust. I’m not even really sure if these things are necessary to be the version of James Halliday that I want to be. If you read the book, you might also realize that Halliday is kind of a nutjob. Ah, the liberation of writing about fictional characters.

In the book, everybody on the planet is basically a drop-out gamer, since society has turned massively unstable. I do not wish digital addiction for anybody. The idea of an immersive reality for those who have limitations or even the otherwise capable does kind of sound like a phenomenally humanitarian possibility though. Plus, dystopian fiction always borders on being horribly predictive of actual reality while at the same time being rather hyperbolized in nature once it takes hold in the real world.

This thesis isn’t about big brother, although in some ways perhaps it should be. What I’m actually talking about is taking virtual reality to the next level. Did you know there are more people on the planet than there ever has been before? World of Warcraft at its peak had more subscriptions to their MMORPG than there were people on the planet in ancient times. What in the actual flip is going on here?

How to Do What James Halliday Did (In My Opinion)

You may have seen me wearing one of those head-mounted displays in my profile picture before. I’ve since changed it for the much funnier pizza with a face cut out. Anyway, the way those headsets work is by securing a smartphone into it and loading software with a resolution for your system. The actual headset only cost me like $2 at Dollar General, I’m not even kidding! The only problem with it is it is horribly clunky and drains most lithium-ion batteries in about 30 minutes, which is around the same time your phone would incinerate. As a matter of fact, heat dissipation is so poor, the manufacturers warn against using it with the smartphone plugged in because it is a safety hazard. Yikes.

The idea is still good though, in my opinion. Everybody has a smartphone these days. Is that too generalizing? I mean, when I lived in the city it was definitely true. I’ve been in some pretty remote places and still had reliable 3G coverage. I think the cattle of Montana have better mobile internet than a British pub I used to go to… in not-London.

We just need to eliminate the heat hazard. I know there are some practical ways to do it.

The Woman in the Red Dress

So the hardware is out of the way because of Elon Musk, Gabe Newell, or whoever tackles the need first. What about the software? There have certainly been many attempts at programming a “virtual reality.” Games, even if it’s a tabletop, are in essence simulated realities. With computers, however, I think we have some work ahead of us. Yeah, I’ve played Second Life beyond normal boundaries.

For ages, I have hoped Second Life someday might reach casual gamers. It kind of has, although it’s a galactic megaflop away from where I want it to go, at no fault of its own. Actually, I need to try it again, because maybe it’s progressed. One other aspect of this, however, is the people I have met there are the disenfranchised I’ve mentioned, living inside the world of SL.

I suppose it’s possible nobody even wants what I’m proposing, and I don’t blame them. But they might. What I honestly think the solution is would be utilizing some of the new game dev concepts involving roguelike procedural generation. Either on an individual basis, on a collective basis, or both. You don’t have to build a whole universe when the universe will build itself. Sound familiar? That’s because it is literally our real lives. Grammarly is pretty much telling me how to write this, for example, and it is not wrong.

If we could tap into some core structural starting points, with a powerful framework, capable technology, and some mad fast cloud servers, the skeleton of the system would be there. You’d have to have an entire fleet dedicated to updates, but in theory, it is possible.

Why We’re Already There

I’ve been exploring digital realities in the existing option of video games every day for years. Not to mention the internet, which although isn’t strapped to our face, is pretty darn immersive. You can live there even, although “the best place to get a meal is [actual] reality.” I recently discovered that it’s possible to make video games on your own, by anybody. I’ve been working on a visual novel about the 19th century’s James Halliday, Alexander Graham Bell–think about it.

I think when I pick up a random game of itch.IO or Steam or wherever, and test it out, it’s kind of like living in a liberated digital reality, where I pick and choose whom I want to experience the creativity of. It’s hardly seamless, but maybe that’s a good thing.

Anyway, Time to Unplug For A Bit

Thank you for listening to this rant/perpetual-day-dream. There really is no egg aside from what inspires you here. Maybe it did, maybe it should. I suppose you read it for a reason.

If you like stuff like this, something must have gone horribly wrong, but I do talk a darn lot about games, and you can find those everywhere on Mr. Dave Pizza. If you like what you see, please come back again. And please consider a gift of a slice of pizza to keep things going.