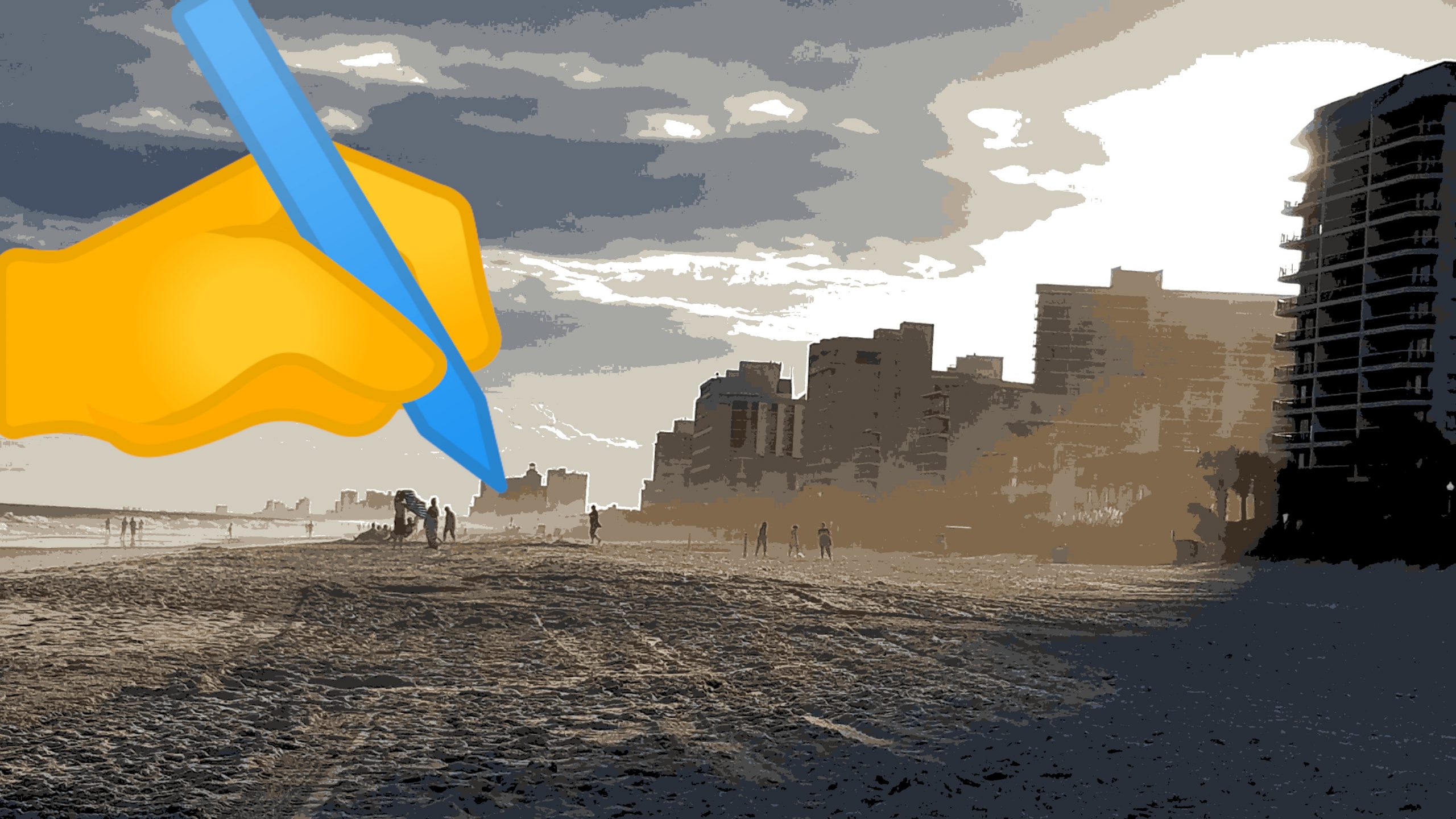 This article is a how-to on “writing about place.” This article is equally accessible to creative writers, visual novel devs, and game devs. The devs are, of course, in the worldbuilding phase, but perhaps there is even another application I’ve overlooked, screenplay writing maybe. If you don’t even know what I’m talking about? Don’t worry! This is a general concept here. So, with that, let’s get you started.

When you start a new story, you need to write a little bit of it before you can figure out where it is or what it’s about. If that sounds impossible, it’s not, it’s how every creative project begins. If you’re highly disciplined, sometimes you can run the scenarios in your head first before even writing them. In my experience though, after attempting to master that skill, you’re really better off just placing those thoughts on a word processor or composition book. This way you can get some context and see that your fantasy world is really a microcosm of your own world, which feels a lot more intuitive and natural.

So, after you’ve written about a character, you’ll probably know a few things about them to get you started. For example. Your character is a telephone sanitizer, where are they likely to be? An office building probably. Where’s the office building? The city right? Or maybe some kind of facility. Maybe on Mars in the year 2525. Okay, now you’ve got a few ideas. (By the way, I borrowed the telephone sanitizer character from Douglas Adams, HHGTTG.)

I suppose I should add that if you’re writing a speculative novel like Sci-Fi, Paranormal, or Fantasy, your world is simultaneously more complex and more rudimentary at the same time. Some creators spend so much time mapping every single thing that it ends up like an unconquerable mountain. If you have ever read Anne Rice’s Interview with the Vampire series, you’ll realize that certain levels of worldbuilding might require A LOT more patience than what you really need.

After all, all stories are strung on the human thread that weaves its way through every story. Context can change so drastically as we all know. So, I’m not telling you not to build fantastic wonderful worlds, but maybe try and master the human thread first.

In one of my first attempted novels, I spent about a year just writing and re-writing the first scene. There is, in my opinion, really nothing wrong with that. At some point, however, you have to move on. And I really mean that. See, you can’t know everything about your beginning until you’ve written more of what follows. There are just too many aspects to consider until you have fleshed things out a bit more.

You might read about some fact or information when researching something, in the latter half of the book, that totally changes something in the beginning. This happened to me a lot. I’ve never really completed that novel either though, at least not the original way I’d intended for it.

You might have a similar situation, but there’s nothing about reviving a previous work, even if for practice purposes. Writing is an endless gem with many mansions and many perspectives, and the real satisfaction is probably going to come from projects like this.

Breaking Down Worlds and Scenes When Writing About Place

There are two categories of place, three if you want to go metaphysical, and there are some basic lists you can make to help you flesh out the world in your role as the narrator and author.

For worlds, consider this:

If you’ve ever played Dungeons and Dragons or any sort of roleplaying game, you might know all about this. If not, I can tell you it is a good place to learn–but not the only one!

Worlds do not have to be humongous, you could place an entire short story within a room, or it could even be in somebody’s head. In this situation, maybe you only need to think of a few of these list items.

I think you will do well with this list above I made, as it is worldbuilding lists like this that I have had the most fun with while working on fiction. There are also character-making lists out there as well, some so long you could spend all day on one. I encourage you to seek them out.

Here are a few worldbuilding lists to help you when writing about place, whatever the project:

Also, make sure to check this awesome website developed using Wikipedia content. This aggregator of global location description has been amazing for me: https://wikimapia.org/

The heading of this part of my how-to is a bit of a spoof. When I was part of a slam poetry group, a friend had us create all these interesting ways to describe a place. It went something like this:

There are variations on this and you could really go to town, but this is just one exercise I wanted to show you when giving some gumption into your prose. Also, to illustrate that whether your object is a bicycle or a Gucci scarf, you can find a place for it. Advisably though, I suggest adhering to the traditional method of not mentioning that which is not necessary when writing stories. Hopefully, this makes the pieces of your location tell their own story.

But say you aren’t writing yet so much as you are just trying to start a new project. You might not even know what the objects in the room even are yet.

This is where I’ll try to offer you some serious help.

“The sky above the port was the color of television, tuned to a dead channel.”

Humor me to indulge you with this quote from Neuromancer. People have been obsessed with this first sentence for decades. As you might determine from looking around my site, I’m a big William Gibson/cyberpunk fan. I love this line because it juxtaposes concepts and objects with technology. I’m a pretty big sci-fi/tech nerd, so of course, I love this, but there is a lot to learn. You can be super creative when you write about location. You don’t just need to know every single descriptor of it.

When you combine your knowledge of where your characters are with the framework you’ve created for their world, you can tune into the more empathic parts of your writing process.

And that’s about it. Now you know what know when it comes to writing about place. Although, I might/probably-will return to this topic so check back if you found this initial article helpful.

I most intended this to be a fiction writing exercise, but I have many game dev friends, so take from it what you need.

I want to create more guides in the future. I’m always amazed at how much traffic they’ve gotten. I’m still here for games, books, and the occasional divergence, so those will be here too. Thank you so much for reading Mr. Dave Pizza. Please feel free to leave a comment–I will reply. Otherwise, have a look around and please come back! Happy writing.