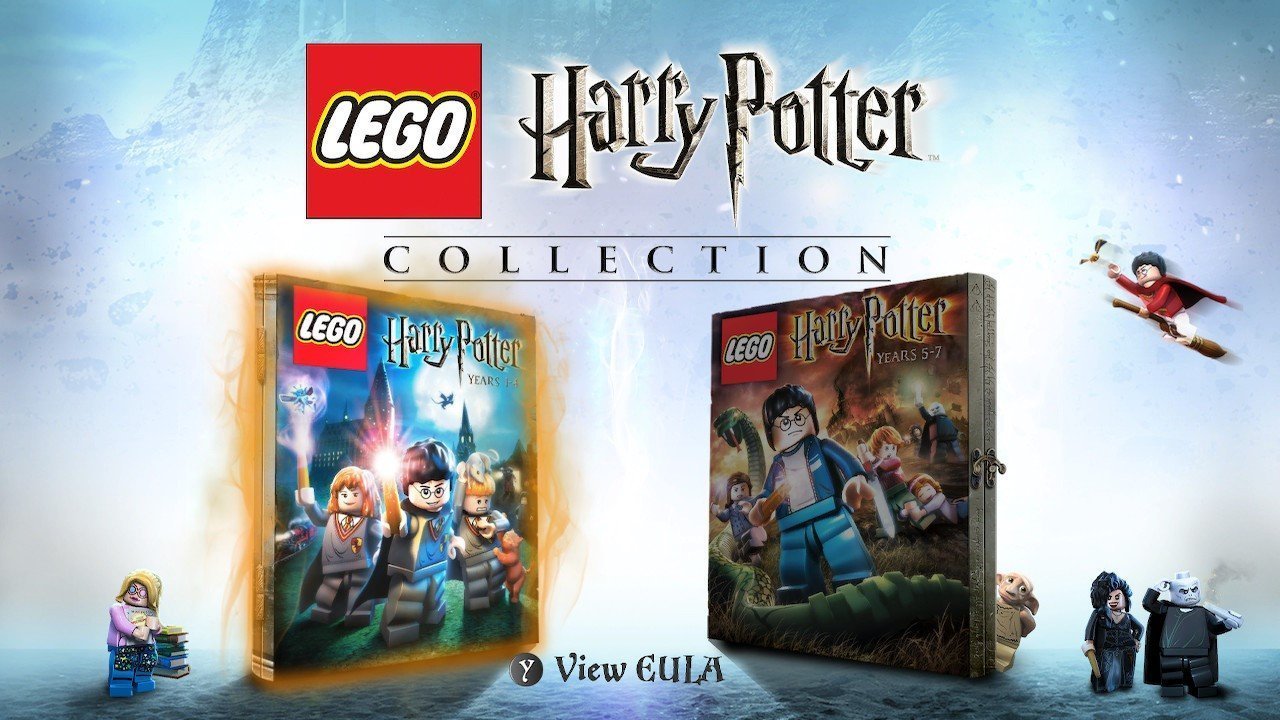 Welcome to Hogwarts! Okay, it usually takes a chapter to get there in the books, but the welcome is there. I’m about to tell you about one of the most fan-driven franchises you’ve ever heard of, “Harry Potter!” Oh, you’ve heard of that one…? Okay… Have you ever heard of “LEGO!” That one too? Okay, GOOD!? It’s time for my LEGO Harry Potter poetic ode.

I’m not totally certain when it started, but back in the old school days of Nintendo Wii, maybe PC, there was a very exciting release of Harry Potter books/films 1-4 and eventually 5-7. Today, you can play these games on so many platforms that I probably don’t even need to tell you what they are, because you probably have one.

So, is this game worth it even with the hype? Yes, it is. The first time I played it, it was like nothing I’d ever tried before. It took me a little while to realize that despite my sternly serious adoration of this story, the game was very levitous and very hilarious. That’s the gold in the game, much as it was in the movies. The game is very suitable for many kids, but young kids might find some of the images kind of scary… just like the films. Past that though, this is a very wholesome and funny game. Did I mention fun? Because it is that too!

Okay, everybody has an experience with this story that can be different from one to the next, the same is the way to approach this game. It is not a verbatim transcript of anything, in fact, most of it is conjured! (see what I …) This is not a bad thing. Actually, it’s totally necessary, because if all you had to do in charms class was float a feather, that’d be a pretty boring game, haha.

That said, there is TONS of lore and canon in this game.

The cut scenes are kind of long, but very creative and tend to be funny, so I usually watch them, but it is not always easy to skip through so it takes a short while to get used to that. By the way, you can play this game without knowing much about Harry Potter, but it would probably be really confusing if you were to just jump in. Maybe watch the movie if you’re interested, but by that time you will already be hooked. This really is a game for everybody. A lot of it is pretty much lore and canon of the books with the look of the films, but it is totally different way to experience it all, so just do what works for you!

At the beginning you just kind of wander around Hogwarts School of Witchcraft and Wizardry. There are always clues on what to do next, but it is not always obvious. Try to watch the subtitles or look around your surroundings for ideas. It’s pretty simple for a while, just follow Nearly Headless Nick and you will probably get where you need to go.

The game is pretty mellow for quite a while, but a pleasant pace, in my opinion. About half an hour in, you will have to defeat the troll in the girl’s bathroom. It is not impossibly difficult, but you may have to look it up on the web. This game can actually be challenging despite being accessible for adults as well as kids, but it is all completable. Like I said, sometimes you just have to look around your surroundings.

As you may know, the books all together are 1,000s of pages long, this game is pretty big though too, so don’t be surprised if you find yourself starting to feel nostalgic and a half to watch all 8 movies from start to finish in a binge marathon or read the books, once you start longing to go back to Hogwarts yourself!

One thing to know about the LEGO games, at least this one, is that they really are puzzle games, half of your time will be casting spells on purple swirling objects that will start taking on a form when you aim your wand at them. I noticed this in the first books as well as later ones. There are other mechanics to be tried in the game, it might be a while though. I thoroughly enjoyed flying to 12 Grimmauld Place in London.

That’s another cool thing about the game, you can go places besides Hogwarts. Diagon Alley is one of the major locales in the beginning, you shop for your school supplies and head into Gringotts Bank with Hagrid. Really fun. This game doesn’t ever really rush you either. Just take your time and solves the puzzles, it’s more enjoyable that way. You can go fast if you know the routine though. I’ve played this game from the beginning several times and it’s sort of fun knowing your way around.

So much has changed in the story when you start year 5. I was really surprised how year 5 started off with Dudley and the dementors which you’ll know from the books or films. The fact that there is such a thing as a dementor in LEGO form, is kind of bizarre to me. They are some of the most creepy ideas in the entire series. They do have a very beautiful and meaningful background in the books since J.K. Rowling herself said that they were a metaphor for depression.

I find that a really interesting, and important to the story, way to deal with such an idea. Oh, if you don’t know, dementors are monsters that guard the wizard prison of Azkaban and feed on the happiness of humans by trying to drain them of it to the point they no longer have the motivation to do anything. Sounds exactly like depression to me, so I guess their role is very mindful.

You’ll get right back into the story in year 5 though, and though there are liberties, nothing is really missing you might say. The fact that they took something so complex and beautiful as the film and turned it into LEGO is seriously epic! The same ideas apply throughout both games in the bundle, which is generally how they will be merchandised, although I think the graphics in the second half are a little better. I played and captured these photos on Nintendo Switch, and they looked great.

Okay, so, you may have been able to tell that I am a super big Harry Potter fan; it’s just always been that way. I hope I exposed enough of an unbiased representation of this game for your own decision-making. I don’t think this game is very expensive on any platform, but I do know it is anywhere. If you like Harry Potter you will like this. Even if you just like LEGO, you will love this. If you love both, well I probably don’t need to tell you happier than Ron on Lavender Brown’s love potion. This game is ⭐⭐⭐⭐⭐ Enjoy.

For more, check out the main page of Mr. Dave Pizza at mrdavepizza.com