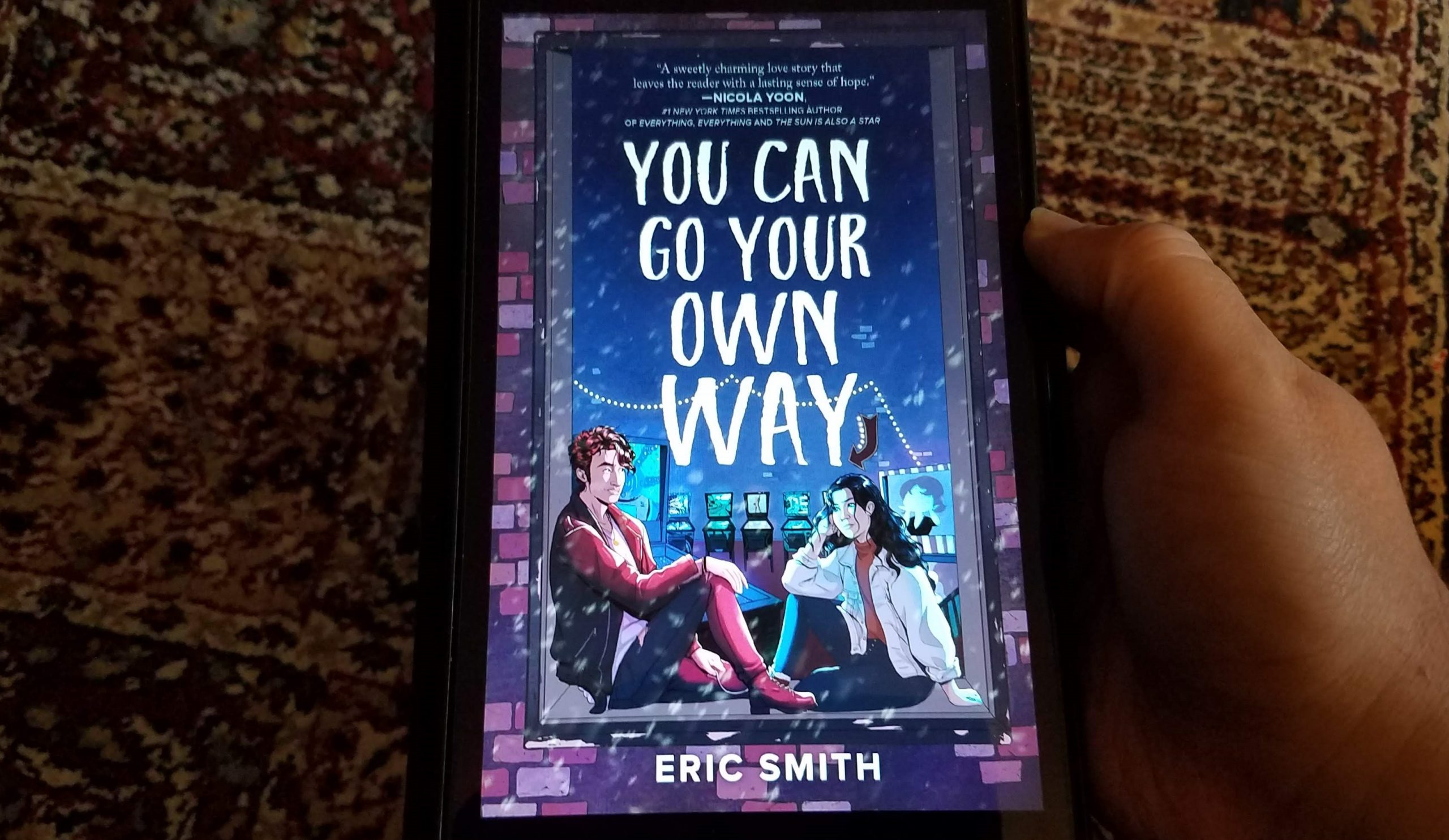 While the industry in the gaming business model changes, Adam’s family’s pinball arcade and Whitney’s eSports Cafe are in direct competition with each other, and consequently Adam and Whitney. You Can Go Your Own Way by Eric Smith is a November 2021 release YA book about two childhood friends, Adam Stillwater and Whitney Mitchell. They have gotten knee-deep in running their parents’ businesses as their parents are either too busy or in Adam’s father’s case, not there. Through firey tweet threads and a plot that takes place almost entirely in the market area of Old City Philadelphia, the two find out that maybe they can restore their childhood friendship after all–or try at least. I truly adored this book, and I’ll tell you all about it here.

You Can Go Your Own Way Intro

Gosh, I really loved this. I don’t even know how I found out about this title, perhaps it was on GoodReads. It falls quite neatly into the YA, contemporary, romance genres. Romance titles aren’t my most familiar category of fiction, but this was pleasant. Part of that is because I relate to characters. It’s a nice romance about two teens who are, pretty much, good people and deserve my attention even though they’re fictional.

They’re hardly conventional though, with Adam’s kick-ass vintage everything taste (not even in a hipstery or punk way), and Whitney’s charm, trust, and brains, even though everybody seems to keep taking advantage of it because of her father’s wealthy connections. I really just loved these characters and at a certain point, I knew I could trust them not to disappoint me. The level of craft in making these characters makes me hopeful.

The occasional F-word or whatever drops, but there was nothing vulgar or obscene in my opinion. It’s a young adult book, one with enough occasional grit to keep things interesting. There is more in here than that to capable of keeping it interesting though. Like the lighthearted hijinks that remind me of being a free-spirited teen.

There are actually many other characters in You Can Go Your Own Way. Chris (Adam’s lifelong best friend and co-worker at the arcade.) Whitney’s friends with bubbly shopping buddy tendencies and general annoyingness. (It’s okay.) Plus Adam’s mom (who owns the arcade started by his father), Whitney’s mom (runs the decorate plant store up the road), and Whitney’s dad (runs the eSports cafe franchise, who is consumed by running the business.) I love the dialogue in tweets and in-person of the two moms who both want Adam and Whitney to try being friends again. They tease the two, where all the other businesses in the neighborhood can see, and being a Twitter user myself, I found this really funny. They bring it on themselves though, which is hilarious and also a unique way to tell a story.

“…a good game of pinball isn’t just about the score. it’s about the experience…”

Smith, Eric. (as James Watts) You Can Go Your Own Way. Chapter 7.

The inanimate features of the book take on a life of their own too. I enjoyed descriptions of repairing pinball machines. At the beginning of most of Adam’s perspective chapters, there is a quote from a book called The Art and Zen of Pinball Repair by James Watts, a book that is entirely fictional from what I’ve deducted. It reminds me of an old-school literary trope from an awesome book I read called The Third Policeman. It seems like the book’s author Eric Smith could actually be James Watts, the book really does contain a metric ton of knowledge about pinball. I even grinned at the mention of a Doctor Who pinball machine, which I played at Ground Kontrol in Portland several years ago. (Pictured up above.)

And Some Thoughts on Love

Love is nice, but take it or leave it. Things are not going to go without some tilts for any of us. If you want to think about crossing social spheres while crossing the street, You Can Go Your Own Way, does that. It is possible to live in the moment–and it tends to show up when you least expect it! So, if you want my advice, if this is your life, do what Adam and Whitney do, and just play the game.

Thanks for reading Mr. Dave Pizza. I love to write about books, games, and related topics. Please come back again!

Oh, and if you want to know more about the author of this book, Eric Smith, you can go to his website here www.ericsmithrocks.com He is also on Twitter at @ericsmithrocks

Book is purchasable at most bookstores. I bought my copy on Google Play.