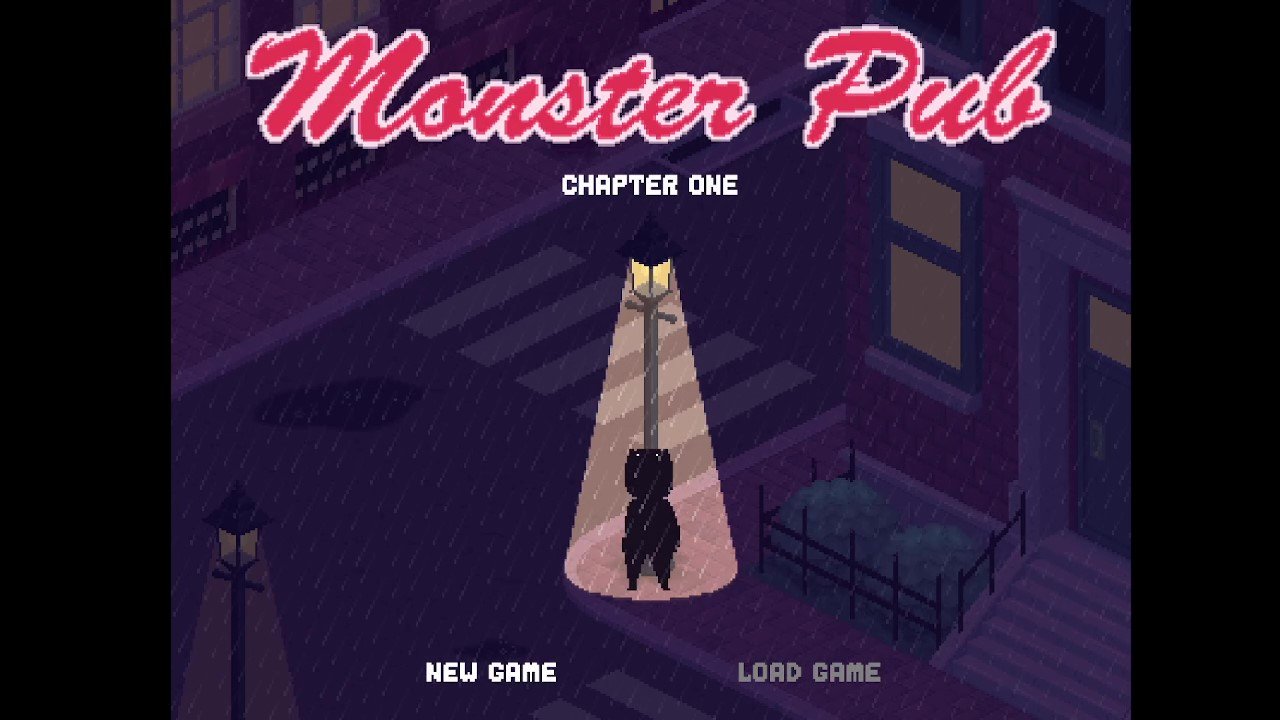 Monster Pub is a neat and funny narrative wrapped up in a nice isometric, pixel art game that is ultra-casual. You’re whoever you want to be, a shadow-cloaked being, approached on a dark rainy street by a bright pink monster named Pfeffer. She leads you to a mysterious location that turns out to be a public house… for monsters, which is apparently based on the set for the ’80s TV show Cheers. Only here, it’s where every *monster* knows your name. Let’s play some sandwiches, Norm!

They did the Monster Pub mash

If you follow my reviews or know me, you’ll probably be aware that I don’t cover topics that are too graphic for any of them. So, you’ll realize quite predictably that these monsters are simply just some colorful limbed kooky humanoids–most of them at least. They just want to make some new friends and maybe even show off some of their specialties. I love a good monster, seriously. There are genres within genres when comes to these creatures, and I simply love what Monster Pub has to offer for it.

There are three chapters in Monster Pub currently, plus trivia night. Seeing how this is a very indie game, the art style and dialogue are innovative and quirky. It’s something I really didn’t know much about when I started down this path. Certain indie game makers and dialogue writers seem to have this gift to portray characters in a very unexpected and real way. I felt this very present in Pfeffer and Argon but in almost every character. There’s an especially loveable giant blue bartender that takes the cake for fun monsters in this game too.

As a bar, there are naturally some games around the pub that you can engage in to make friends. Yes, the goal of this game is to make friends. Didn’t I tell you it was harmless? So, there’s a card game called Sandwiches which is that slapping card game everybody always wants to play. You can also try to win at solitaire to entertain B.R. Keeper (the giant blue barkeeper.) I walked over to the pool table but Slats, the cool duck monster, tells me that the balls have deflated. Haha, I never figured out what that was about.

I played for around 30 minutes. There are a lot of sources of content that I hadn’t even breached in this time, but I played enough to tell that this game is polished and it is quite entertaining. Mostly aimed at the visual novel crowd, but also any gamer or artist. The honky noise of the dialogue clatter is pretty funny on its own, let alone the way Pfeffer chomps her words. Lots of fun small touches throughout here and there.

I never thought of a pub for monsters based on Cheers. Although then again, I might have because Mr. Dave Pizza is really weird like that, but either way, it’s totally unique and funny. I used to watch that show at 2 in the morning on cable as a teen because that was considered fun back then. In college, I hung out with friends at a pub that was basically my own version of Cheers. Instead, however, they liked to call it “Where everybody *calls* you names.”

The steam link is below. I hope you enjoyed this article. Thank you so much for reading MrDavePizza.com. I review all kinds of indie games and even some other stuff. Take a look around as much as you like. Find me on social media too!