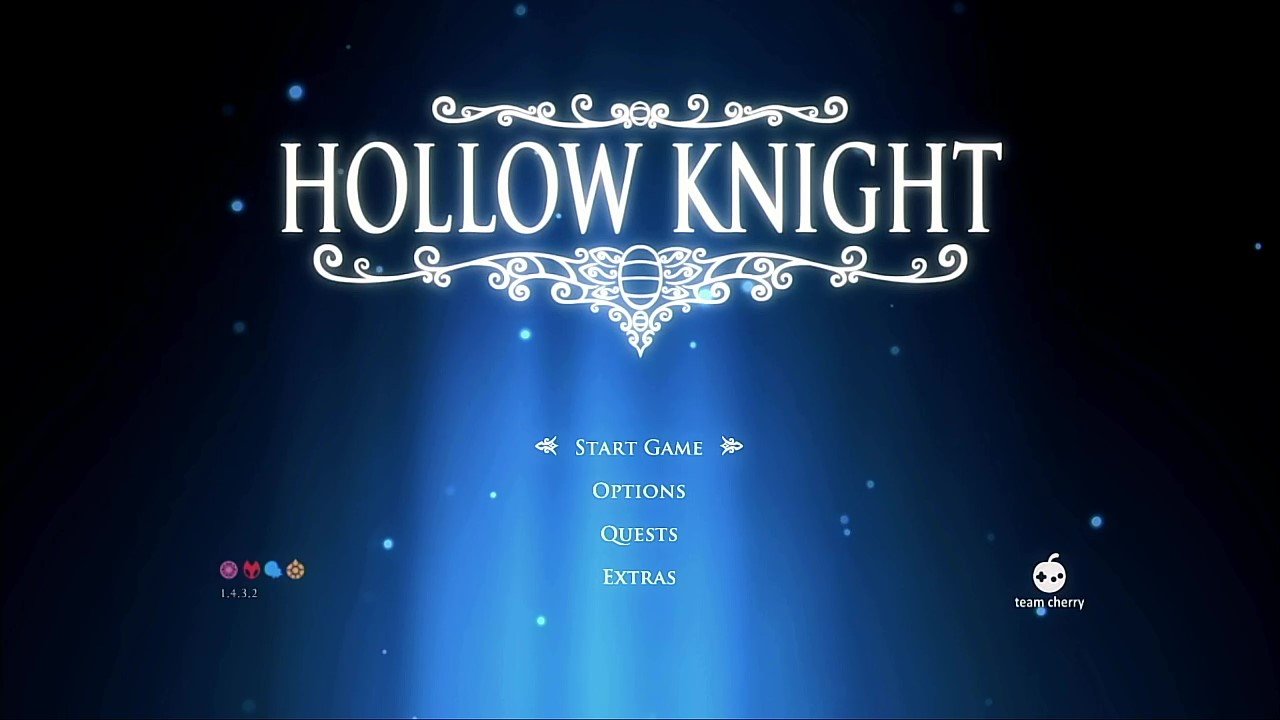 Hollow Knight, alright here are the descriptors. It’s dark, really dark, but also kind of… cute? In a world, run by bugs, in a dingy old cave lies adventure. That was my attempt at movie trailer narration. Get ready to kick bugs.

I found this game on GameFly, where I’ve got a queue of indie games lined up. Why not? Games can be expensive, but I can’t do this without getting hands-on with the games. P.S. Gamefly has really good customer service, so if you think you might be able to use it, go ahead, it’s fairly stress-free.

Oh, and just a quick side note, there is a sequel to Hollow Knight called Hollow Knight: Silksong. It is currently without a release date, and seems on hiatus. But this review is of the original.

I started off in a very dark hole. That was the major theme I found in this game. Everything in the game is dark and ethereal, kind of spectral. I do not think this is what I would call a horror game. It’s more of a Tim Burton/Donnie Darko cathartic whim. You know, Beetlejuice, The Nightmare Before Christmas, etc.

I crawled through a good 15 minutes of the intro gameplay and got quite far. This doesn’t seem like a puzzle game, but maybe it is. It’s more of a platformer than anything. It even has checkpoints. Ah, I’m going to be saying that word again, Metroidvania.

I kind of struggled on the floating platforms. I always do. After like three and a half minutes of acting like a bozo on the first platforms, I kind of got a grip on the game.

Knight of the Night

The combat system is basically of the hack and slash genre as far as the hollow eye socket can see. I like the feel of it, it’s kind of flashy with slightly invasive danger from the environment. There was no difficulty level prompt at the beginning so I suspect that means it’s a one-size-fits-all approach.

If you get low on health you can quench on some sort of soul juice or something you get for killing things. It’s basically Mario 2 hearts, with skulls; I apologize for plucking that comparison from the front a short tree, like popping radishes out of the ground and throwing them at a weird llama.

There is not a ton of intuition of where to go in the game, or rather, it all kind of looks the same so it’s not obvious at first. I wandered around in the ruins of the kingdom underground quite a bit but I got so turned around I didn’t know how to get out. But when I finally died I respawned at a bench in the last “village.” So, that makes this gameplay pretty manageable for a stream play session or just exploring.

Does anybody really want to play a platformer with permadeath anyway? I guess they do, but as I record gameplay I absolutely dread this. Luckily it wasn’t here.

One additional comparison I wanted to make, this game totally reminds me of Ori and the Will of the Wisps. In almost every way, although Ori is in a forest, and Hollow Knight is deep in chambers of the earth. Wait, actually, when I think about it, they both are. It’s so similar that I had to cross-reference a few controls. They are independent of each other, so it’s not like one is imitating the other. It’s a good frame of reference though

This game’s heavy on the storyline. There are actually other characters to talk to along the way, which makes this not quite as apocalyptic as I first suspected. The characters seem pretty neat. I liked a lot of the dialogue in the game. There’s also a bit o’ poetry shimmied across the story cut scenes. This is a sophisticated game, for sophisticated whatever these things are.

This game came out in 2017, but it is still relevant. There is now a sequel called Silksong supposedly in development, but not much information. If you like the Tim Burton’esque aesthetic, you’re probably going to like the game.

This review is a bit short, but games like this don’t always have a lot to say. There are a bazillion videos and reviews, but this game is quite epic. A holistic approach to video games with some message, somewhere, I’ll just crawl down this tunnel a bit further.